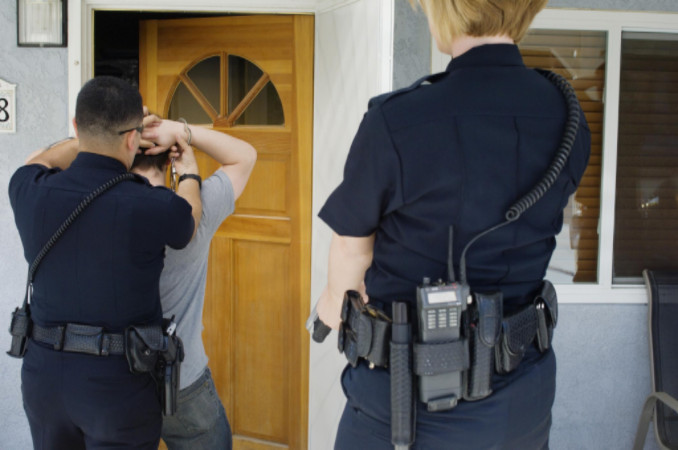 A total of 36 men were arrested recently in a Conroe and Montgomery County sex sting operation. Dubbed “Operation Safe Holidays,” the sex sting ran from October through December of 2016.

The defendants reportedly went online to contact police officers who were posing as an adult woman, 28, with a daughter, 5. Using an Internet instant-messaging app, the fake females asked for pornography and asked to meet the men. When men appeared for such meetings, they were arrested and placed in Montgomery County Jail.

Most of the men face a charge of online solicitation of a minor. Some are charged as well with promotion of child pornography and with attempted aggravated assault of a child.

If convicted, the men facing such charges can be sentenced to up to 20 years in prison and fined up to $10,000. One man facing two charges of promotion of child pornography – a second-degree felony – could face twice the prison time, or 40 years.

That man was a Marine based in South Carolina. Local authorities had him arrested by working with Homeland Security Investigations via the Houston Metro Internet Crimes Against Children (ICAC) Task Force.

Though none of the men have been convicted at this time, each has had his name and charges published by major media, including the Houston Chronicle. Thus, even if later found innocent, the defendants already have been subjected to public shaming and humiliation, which can have serious consequences for their lives.

Was the Conroe and Montgomery County sex sting operation an illegal form of entrapment?

That depends on the circumstances of the sting. Texas law permits a wide range of sex crime sting operations to catch sexual predators online. But undercover officers also must obey certain limits.

As a Houston sex crime defense lawyer for over 20 years, I’ve seen many cases where those snared in the wide web of a sex sting operation can apply entrapment defenses cited at Texas Penal Code § 8.06.

This law says that if a police officer used overt and actively persuasive tactics to encourage a person to engage in an online solicitation of a minor, such tactics constitute entrapment and are a legal defense. However, for that entrapment defense to apply, the defendant must be established as an average citizen who is normally law-abiding.

Independently of the entrapment issue, other defenses against sex crimes are available to a person facing a charge of online solicitation of a minor for sexual conduct or activity. For instance, if the defendant was not more than three years older than the minor, and the minor consented to the conduct, that would be a valid defense.

Innocent victims of sex crime charges or police entrapment can learn more about their defense by contacting our Texas sex crime defense law firm. Me and my skilled team represent clients throughout the Houston area, including the rest of Harris County as well as Montgomery County and Fort Bend County.

Falsely Accused
Criminal Defense  |  Houston
Client was accused of murder and needed strong criminal defense representation. The firm battled not only the prosecution but a barrage of unfavorable media attention. In the end, case resulted in dismissal and justice for our client
"When I was falsely Accused of Murder and covicted by the media Neal Davis Law Firm was their. ..."
C.B, Verified Customer
COVID-19 NOTICE: Our lawyers and legal team are fully prepared to continue handling all cases and giving them proper attention. Contact us 24/7. For court information update, visit: Harris County Criminal Lawyer Association’s court updates