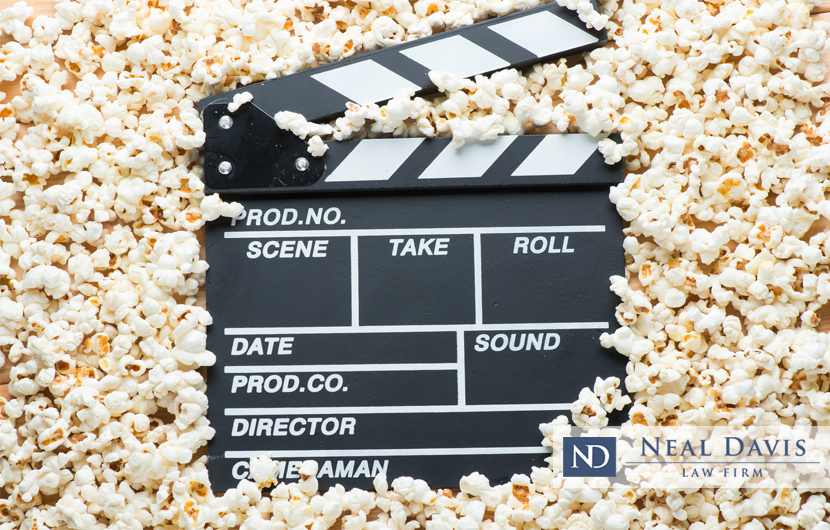 During the COVID-19 pandemic, sheltering in place may feel like incarceration from which you wish to be freed. If so, take heart from the freedoms often gained by dedicated criminal defense lawyers in movies and TV series which you might want to add to your stay-at-home binge list.

Here at Neal Davis Law Firm, we put together our list of the top 10 movies and television shows about criminal defense lawyers. No spoilers!

First up, the movies.

This is an obvious but necessary choice, given the stirring performance by Gregory Peck as courageous attorney Atticus Finch, who defends an African-American man unjustly accused of rape in 1932 Alabama. The film won 3 Oscars, including Best Actor (for Peck) and Best Adapted Screenplay (by Horton Foote), a Texas native.

Witness for the Prosecution (1957)

The great Billy Wilder directed this surprise-packed film, adapted from an Agatha Christie play, about a British barrister played by Charles Laughton who defends an American war veteran (Tyrone Power) accused or murder. Marlene Dietrich appears as Power’s wife and the title character — one of many twists in the legal road.

The late 1950s and early 1960s is considered the Golden Age for defense attorney films, which included this one about a man (Ben Gazzara) accused of murdering a bartender who allegedly raped his wife. With James Stewart as the defense attorney and George C. Scott as the prosecutor, how could you go wrong?

For a comedic and more modern change of pace, try this colorful performance by Joe Pesci as a brash Brooklyn lawyer defending his 2 New York cousins, who face a murder charge in rural Alabama. The judge is played by Fred Gwynne (of TV sitcom fame in Car 54, Where Are You and The Munsters). Marisa Tomei won an Oscar as Best Supporting Actress for playing Pesci’s tough-talking girlfriend, who goes on the witness stand.

In this classic film, Tom Cruise played a Navy lawyer defending 2 Marines accused of murdering a fellow service member in a court martial proceeding. The case involved a disciplinary hazing called Code Red. Paid $5 million for just 10 days of filming, Jack Nicholson played the defendants’ commanding officer, who gave the film’s most memorable line when he exclaimed, “You can’t handle the truth!” Demi Moore played another defense attorney, and Rob Reiner directed the film, which was based on a true incident at Guantanamo Bay.

In this movie, the great Al Pacino played a flamboyant defense lawyer facing ethical dilemmas when he had to defend an amoral judge (a cast-against-type John Forsythe) charged with rape while facing a legal system bogged down by politics and bureaucracy. Pacino’s explosive “You’re out of order!” is a classic film line.

And now, our favorite dramas from TV:

Thanks to 271 episodes in its original 9-season run on CBS, this popular and honored series had perhaps the most famous defense attorney of them all. (Sorry, Matlock.) Raymond Burr’s canny Mason prevailed in tough case after tough case, with help from secretary Della Street (Barbara Hale) and investigator Paul Drake (William Hopper). Expect the shrewd Mason to spark many witness stand confessions.

Both shows are spinoffs — Boston Legal (2004-2008) from The Practice, and The Good Fight (2017 to present) from The Good Wife. And both are outstanding. Though not always focused on criminal defense, they do dramatize the ways in which lawyers can fight fiercely for what is right in a chaotic world.

We hope these choices will help you endure the coronavirus crisis with food for thought and with inspiration from lawyers who can, in fact, handle the truth.

If you need real legal advice during this time, don’t hesitate to contact the Neal Davis Law Firm to schedule your consultation. Our experienced Houston defense lawyers and legal team are fully prepared to continue handling all cases and giving them proper attention.