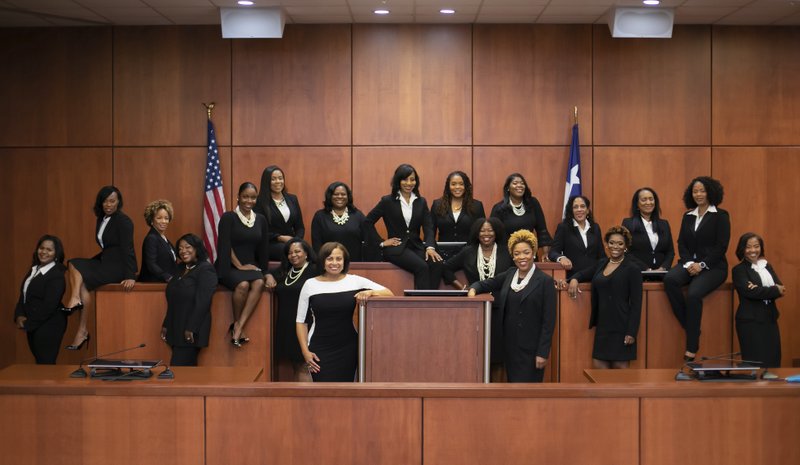 The Houston area took a bold step forward to broaden the diversity of its judiciary during the 2018 midterms by electing 17 African-American women as judges in various courts across Harris County.

Two of the already sitting judges lost their bids to gain a seat on the Texas Court of Criminal Appeals. However, they will keep their area judgeships.

The Associated Press reported that persons behind the recent campaign say it was part of an effort to broaden the diversity of the Houston area’s judiciary by reflecting the diversity of the community at large. To do so, the campaign worked to ensure that more African-Americans and other minorities could bring their life experiences and backgrounds to the bench.

African-Americans comprise an estimated 20 percent of Harris County’s population, according to the US Census Bureau.

“I think that while Houston itself is one of the most diverse cities in the United States, our elected officials have not always reflected that,” said Lillie Schechter, chairwoman of the Harris County Democratic Party, which assembled the “Black Girl Magic” campaign. “Having a government that reflects the people, the population, is something that is incredibly important.”

Even with the election, over 75 percent of U.S. trial judges are white, according to the American Constitution Society, which also found that under a third of state judges are women and under a fifth are people of color.

But in Harris County, the election did mark the first time that African-American women have been elected as family court judges and judges on misdemeanor criminal courts.

The Neal Davis Law Firm believes in fairness and justice in our court system, which should reflect all of the residents of Harris County.

If you or a loved one faces a criminal charge and needs an experienced criminal defense lawyer, contact us today for a legal review of your case.

He is not one to back down from a fight
Drug Offenses  |  Houston
Client's drug case was dismissed
"Neal is a great attorney! The man is a class act, a gentleman, and an attorney who truly ..."
T.H., Verified Customer
COVID-19 NOTICE: Our lawyers and legal team are fully prepared to continue handling all cases and giving them proper attention. Contact us 24/7. For court information update, visit: Harris County Criminal Lawyer Association’s court updates