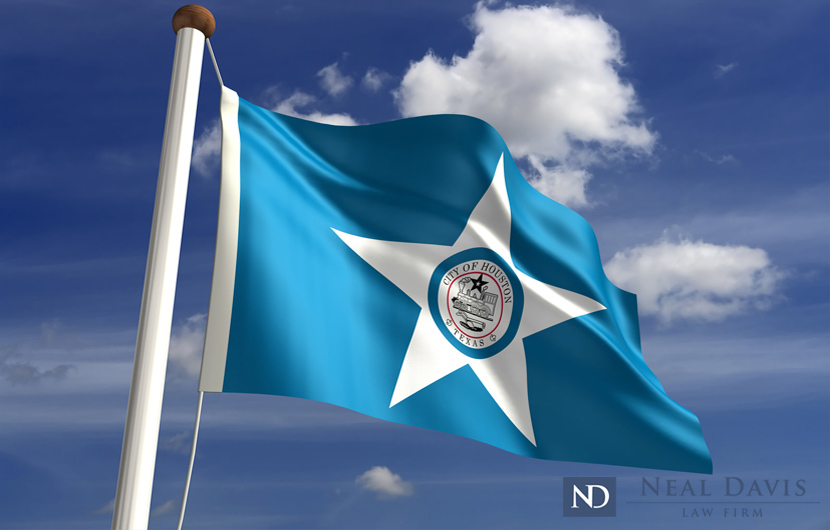 Neal Davis made the argument in a letter representing the HCCLA, the nation’s largest local criminal defense bar, with more than 700 members. The letter was sent to Harris County’s 22 state district judges and 16 misdemeanor judges, as the Houston Chronicle reported.

In the letter, Neal Davis writes:

“These defendants’ lawyers, given their constitutional and ethical obligations to their clients, feel compelled to appear in person, even if not expressly required to so.”

Texas courts are protecting prosecution, but not defense

Requiring in-person court appearances only by defendants and not by prosecutors “endangers foundational principles of our Constitution and the criminal justice system — that all parties shall be treated equally and no judge engage in the appearance of impropriety — by perpetuating a double standard of compelling one side to appear in person (and therefore be put at risk) while allowing the other side to appear electronically,” Davis wrote in the letter.

He pointed out that over 10 inmates per court are still being brought unnecessarily to the courthouse each day that courts operate, and “every unnecessary appearance in court threatens to spread this deadly virus.”

“Defense counsel must meet with inmates in the courtroom holding cells, needlessly and recklessly exposing these lawyers to the risk of COVID-19,” Neal Davis wrote. “The six-foot social distancing rule is not, and cannot, be adhered to in the holding cells. When defense lawyers or defendants leave the holding area and enter the courtroom, they expose the judge, court staff and deputies.”

He went on to say:

“Large groups of defendants and counsel are left for hours in the hallways, awaiting their turn to enter the courtroom. The six-foot rule is not enforced, which violates the County Engineer’s Order regarding the courthouse. This continues, despite reports a criminal judge and/or staff member has tested positive for COVID-19.”

Video appearances are easy and routine

Neal Davis also points out that video appearances have become “easy and routine.”

He said the Harris County District Attorney’s Office (HCDAO) has expressly forbidden Assistant District Attorneys (ADAs) from appearing in courtrooms, except in the rarest of occasions. Every criminal court has acquiesced to this arrangement for ADAs.

“For a Harris County Judge to require one party to physically appear and risk exposure to a deadly pathogen, and allow the other party to appear remotely, violates a judge’s appearance of impartiality, at a minimum.”

The letter also points out that each court has the ability to appoint counsel for indigent defendants electronically. In fact, Fort Bend and Brazoria counties have done this for more than a decade. An email notifying defense counsel that the appointment is available in the attorney kiosk is all that’s required in criminal cases.

“The technology is already in place, and several judges currently use this electronic appointment system in the most serious of cases,” Neal Davis wrote. “Other judges simply refuse to implement it for no apparent or explicable reason.”

Bond appearances are not needed

Neal Davis pointed out that most Harris County Criminal District Courts and County Criminal Courts at Law are not requiring defendants on bond to make appearances, and cases are being automatically reset by these courts.

“HCCLA applauds these courts and the foresight of these judges. The coordinators have worked overtime to accommodate defendants and their lawyers, and we are grateful for their service.”

He also said that with few exceptions, magistrates can and should impose bond conditions.

“Should the presiding court wish to amend those conditions, a video conference can be held, and if the conditions are amended, defense counsel and defendant can be provided immediate notice.”

Despite stay-at-home orders and social distancing guidelines,the HCCLA has learned that some courts are still requiring bonded defendants to report personally to pretrial services.

“HCCLA urges the courts to replace in-person reporting with reporting by phone. Requiring bonded defendants to report in person to a facility hosting hundreds of people daily is contrary to national, state and local mandates. It creates an unneeded health risk and prolongs this state of emergency.”

The HCCLA is aware of some bonded defendants being required to report twice in the same week for urine tests. That occurs despite the defendants being presumed innocent, the court already having required interlock/monitoring devices and there being no reported violations.

“Such practices endanger the lives of the very community that bond conditions are designed to protect,” Neal Davis wrote.

The HCCLA recommends that all in-person reporting and drug testing of bonded persons with unresolved cases pending in the Harris County criminal justice center cease effective immediately and not resume until the appropriate government officials declare this health emergency has passed.

The HCCLA also demands that the defense bar and presumptively innocent defendants “be accorded the same treatment as the Assistant District Attorneys. Court appearances must cease immediately, except in narrow situations where such physical appearances are universally deemed truly essential.”

The HCCLA also “strongly urges unnecessary in-person reporting to pre-trial services be suspended, for the duration of this health emergency.”