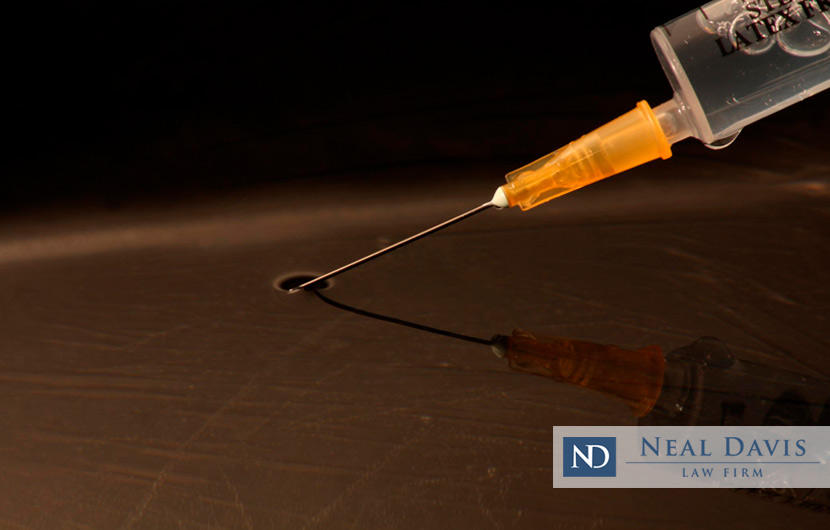 The execution of Larry Ray Swearingen of Montgomery County, Texas has raised greater concern about the issue of exonerations when it comes to death row inmates in the Lone Star State and across the nation.

Although Swearingen, age 48, maintained his innocence up until his death and his execution had been postponed 5 times, the sentence was carried out on Wednesday evening, August 21. Shortly before that, the U.S. Supreme Court had denied his final appeal.

“Lord forgive ‘em. They don’t know what they’re doing,” Swearingen reportedly said in the chamber at the state penitentiary in Huntsville, where he received lethal injections. He was the fourth man executed in Texas so far this year.

Nearly 2 decades ago, Swearingen was convicted of killing Montgomery College student Melissa Trotter. After she’d been missing since Dec. 8, 1998, her body was found by hunters on Jan. 2, 1999 among the trees in Sam Houston National Forest. She’d been raped and strangled, found with a pair of torn pantyhose tied around her neck.

Over the years, Swearingen argued that, although he indeed knew Trotter, the case against him was built on questionable forensics and circumstantial evidence, reports CNN. There was, in fact, no biological evidence tying Swearingen to the killing, reports the Houston Chronicle.

Swearingen’s legal team included an attorney from the Innocence Project of New York. Such groups are fighting to gain exonerations around the nation for wrongly convicted persons and get them freed from prisons.

For years Swearingen’s attorneys pressed for additional DNA evidence, but new examinations proved inconclusive. After 5 postponed execution dates, a Montgomery County court signed off on Swearingen’s Aug. 21, 2019 execution date earlier this year, and it was carried out on schedule this week.

At this point, all of the legal issues raised over the years in Swearingen’s defense become virtually irrelevant, since his sentence has been carried out. If any future findings prove his innocence, that would only clear his name, not deny his sentence.

Those opposed to the death penalty argue that this is why exoneration should be explored for any prisoner on death row, not to mention others who may have been wrongly convicted and imprisoned. If Swearingen was, in fact, innocent, then the state of Texas murdered an innocent man.

The Neal Davis Law Firm is keenly aware of the urgent need for conclusive re-examination of the convictions of death row inmates, along with others who may have been wrongly convicted for various crimes. In fact, we recently conducted an in-depth analysis comparing exonerations by state for the last 30 years.

If you or a loved one faces an unjust criminal charge or criminal conviction, your freedom — and in fact, your life — may be on the line. Seek experienced, skilled and knowledgeable legal help today from a veteran criminal defense lawyer for Houston, Harris County, Montgomery County or Fort Bend County.

Contact us today for your legal evaluation of your case. Let us help you to explore your prospects for a successful defense of a criminal charge or exoneration after a criminal conviction.