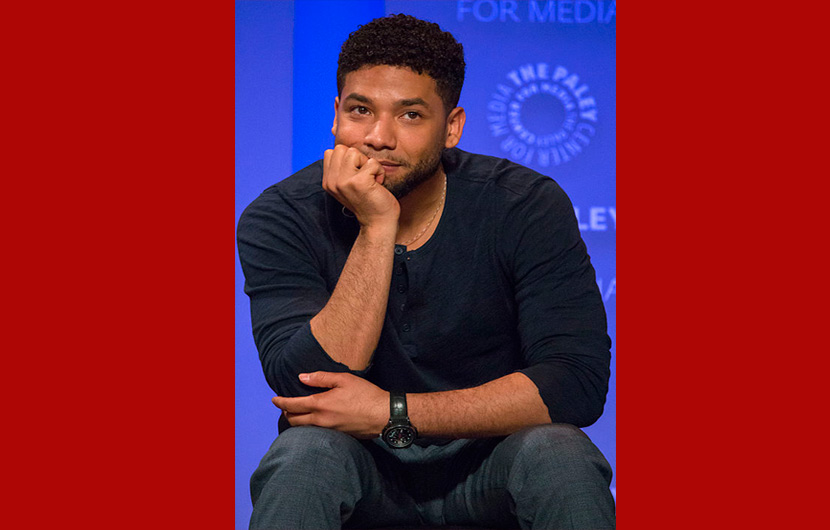 Making a false crime report to police is a serious matter, as Empire actor Jussie Smollett now knows. Though he maintains his innocence, Smollett’s allegedly false claim of being attacked in Chicago in a hate crime has led to him being charged with felony disorderly conduct.

In Illinois, it’s a felony to make false reports to peace officers, who are then diverted from investigating actual crimes.

The penalty? Up to three years in prison.

Smollett claims he was attacked by two masked men who yelled homophobic and racist slurs at him in the early hours of Jan 29. Chicago Police now say they believe the event was staged by Smollett himself as a ploy to get a higher salary on the Fox TV drama, now in its fifth season.

As NBC News reported, authorities are also investigating if Smollett was linked to a threatening piece of mail delivered to the Empire set containing homophobic threats and a white powder which turned out to be harmless. If he’s found to be involved in that too, he faces severe federal penalties.

Though set in New York City, Empire is produced in Chicago and tells the story of a family at the top of the hip-hop music business. Smollett plays the gay son of the patriarch played by Terrence Howard, who has come to Smollett’s defense. However, producers have decided in the wake of Smollett’s charge that his character will be removed from the series’ last two episodes of this season.

In addition to being a vivid reminder why making a false claim of a crime to police is a serious offense, it’s also a reminder of how today’s #MeToo climate has spurred a rush to judgment which disregards long-standing legal standards of due process, innocent until proven guilty, and everyone deserving their day in court.

Making false crime claims can backfire on you, as a defendant, if the crime claim points to you as an offender.

Imagine you face a false claim of a sexual assault. If you can prove that the person who made this claim to police did so while knowing it was false, the tables would be turned and your accuser could face prosecution of their own.

Keep in mind, however, that the laws against filing false crime claims are not as strict in Texas as they are in Illinois.

As stated in the Texas Penal Code 37.08, filing a false crime report is a Class B misdemeanor with punishment of up to 180 days in jail, a fine of as much as $2,000 or a combination of the two. Those are significant punishments, but they’re a long way from the three-year prison sentence a person could receive in Illinois for making the same false report of a crime.

If you’re the victim of a false crime claim, especially when it’s false reporting of a sex crime, contact the Neal Davis Law Firm today. We can work to clear your name and prove that you’re innocent of the baseless crime claim made to police.

Contact us today for a legal evaluation of your case, and let us help.