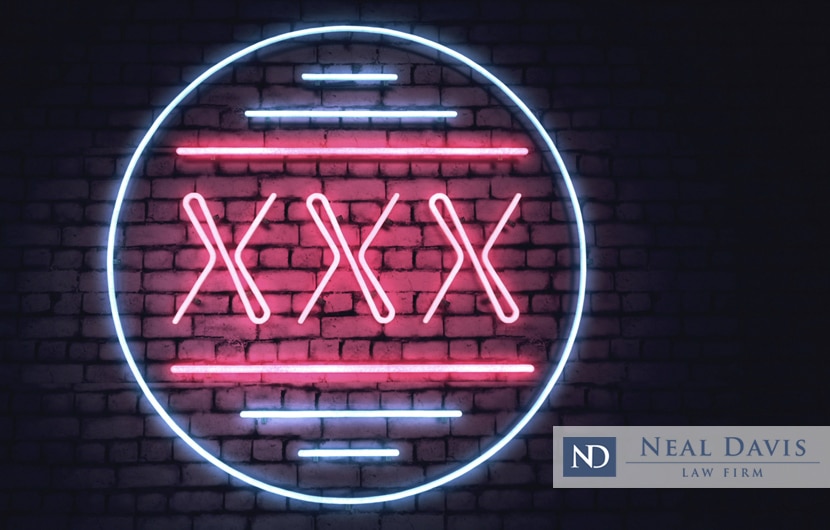 Officers from the Houston Police Department’s Narcotics Division raided the V-Live Gentleman’s Club in Southwest Houston recently as part of an investigation into human trafficking and other crimes, including narcotics sales and illegal alcohol sales.

The sting operation’s raid late Friday, June 18, resulted in the arrests of 3 persons, including the club’s manager, and also the closing of the club, according to a report by KPRC Click2Houston.com. In addition, drugs and guns were reportedly recovered.

Officers said a series of drunk driving arrests and violent crashes in the area had brought the club at 6603 Harwin, near the Southwest Freeway, to their attention. Undercover investigations then took place for several months.

“Once we got in there and discovered the truly sad things that are going on, we began a much more in-depth investigation,” said Sean Teare with the Harris County District Attorney’s Office.

He said the club lacked a liquor license but had been illegally selling alcohol, and undercover officers had made drug purchases of cocaine and ecstasy there. In addition, the strip club was believed to have women workers who were victims of human trafficking.

Teare said more investigations would “firm up” filing charges “on “the human trafficking component” against the club’s manager. So far, the manager has been charged with delivery of a controlled substance.

Teare said investigators are determining if some women at the strip club are victims or suspects.

“We believe that we potentially have some people here at the scene that are victims of human trafficking, and we’re going through that process right now to determine whether or not some of the individuals that we have need help,” Teare told KTRK ABC13.com.

Houston Police Department officials also said in a statement that the HPD believes “some female employees of the club are possible victims of human trafficking.” HPD said it is working closely with the Harris County District Attorney’s Office on the case.

What is human trafficking?

At Neal Davis Law Firm, we compiled a detailed report on human trafficking statistics and laws. As this report explains, human trafficking is “a form of modern slavery that involves moving or recruiting persons (adult or child) by using fraud, coercion or threats in order to exploit, enslave or abuse.”

Such exploitation can involve forced labor or sex trafficking. The latter means compelling a person to engage in a commercial sex act. Such acts can include working for strip clubs, massage spas, escort agencies or prostitution rings.

Not everyone who is snared in the net of a large sting operation is guilty of the crimes which propel that investigation. Many may be innocent.

Such massive human trafficking stings can result in dozens of arrests, not just 3 as in the case of the V-Live Gentleman’s Club. In fact, a recent sting operation targeting human trafficking and other sex crimes in Fort Bend County, southwest of Houston, led to the arrest of 46 persons.

Statistics show that human trafficking is rising in the Houston area—so much so that Houston is a hub for human trafficking, both in the form of forced labor and sex trafficking. As a result, widespread sting operations may become even more common.

Get a human trafficking defense lawyer

Suspects or defendants who face such a charge can get a human trafficking defense lawyer by contacting the Neal Davis Law Firm.

Defending your legal rights is especially vital when you consider the severe punishments for human trafficking crimes. Along with high fines of up to $10,000, prison sentences can be steep, ranging from 5 years to life in prison for conviction of human trafficking of a minor.

Persons living in Houston, Conroe, The Woodlands, Sugar Land or elsewhere in Harris County, Montgomery County or Fort Bend County can contact our law firm today to arrange a consultation for their case involving human trafficking or other sex crimes.