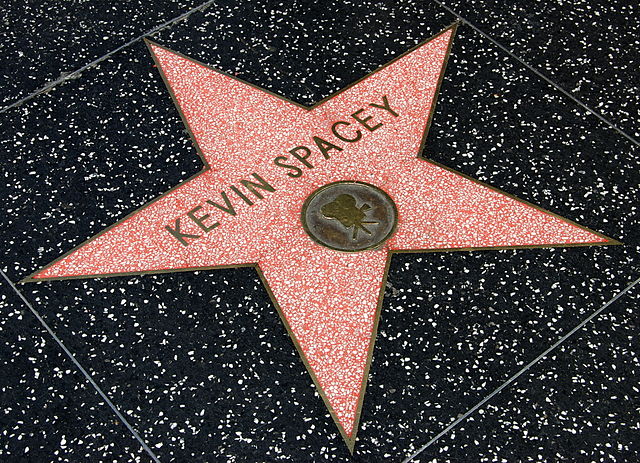 The Internet is buzzing about actor Kevin Spacey’s bizarre Christmas Eve video released on the day it was learned he’ll be charged with felony sexual assault in Massachusetts — and the buzz isn’t good.

From skepticism and perplexity to amusement and outrage, Spacey’s self-defense video has been a bomb at the box office of public opinion, which dramatically shows the need for an attorney when facing a criminal charge.

It’s highly doubtful any lawyer would encourage or sanction Spacey’s strange stunt, in which he channels his darkly depraved character of Frank Underwood from the Netflix presidential series House of Cards.

As Underwood often did on the show, Spacey addresses the viewer directly and personally about his legal troubles, which he arrogantly — if entertainingly — dismisses.

Speaking from the dead, much as his character did in the Oscar-winning 1999 film American Beauty, Spacey as Underwood defends himself in “Let Me Be Frank” by railing against the rush-to-judgment bent of today’s #MeToo movement (which has, in fact, led to some false sex crime accusations).

“You wouldn’t believe the worst without evidence, would you?” Spacey asks the viewer in Underwood’s Southern accent.

“Of course, some believed everything and have been just waiting with bated breath to hear me confess it all,” he says. “They’re just dying to have me declare that everything said is true and that I got what I deserved. Only you and I both know it’s never that simple, not in politics and not in life.”

Spacey placed the one-take, three-minute “Let Me Be Frank” video on YouTube Monday, December 24th and posted it on his Twitter account. It drew 4.5 million views in its first 24 hours online, according to The Hollywood Reporter, and another 2 million views in the second day.

But the term “no publicity is bad publicity” doesn’t apply here.

All Spacey has done is muddy the waters for his future defense and aligned himself with a fictional character who was guilty of extortion, assault and even murder in order to ascend to the presidency.

He’s also enabled future prosecutors to use his own video against him at trial, even if he doesn’t testify. Prosecutors could subpoena outtakes of his video’s production, in hopes of learning what else Spacey considered saying on it but didn’t.

Indeed, Spacey has enough legal troubles without adding to them via his ill-advised video rant.

After five successful seasons on House of Cards, such troubles got Spacey fired from the show — and got his character written out with an offscreen death as House of Cards’ sixth season premiered without him in November of 2018.

Yet now he’s portraying his House of Cards character again in this video, and even that — unsanctioned by the network — could get Spacey in legal hot water over ownership of the material.

But the full truth must be asserted in a court of law, not in a creepy video channeling a disgraced fictional character. The full truth cannot be claimed in a thinly veiled monologue using that character to present the basis of a real person’s legal defense.

One of the first things a good criminal defense attorney will advise a new client facing a criminal charge is to do the opposite of what Spacey did — and be silent.

Stay away from social media and any online reference to your case.

Do NOT make any public statements about yourself or an alleged victim.

Avoid talking to police without your attorney present.

Let the legal process proceed with guidance from your criminal defense lawyer — and without your independent input.

By spectacularly failing to do this, Spacey may have hurt his case when he’s arraigned on a  charge of indecent assault and battery against a teen male at Nantucket District Court in Massachusetts on January 7.

The alleged assault happened in July of 2016 at a Nantucket bar — more than a year before sexual misconduct claims against Spacey began with that of actor Anthony Rapp in October of 2017.

Since then, even more sexual misconduct and assault claims have been made against the two-time Oscar-winning actor.

Shortly after Rapp came forward, Spacey entered The Meadows, a rehab clinic for sex addiction in Arizona. It’s the same clinic where disgraced Hollywood mogul Harvey Weinstein also has sought treatment. In either case, such a move may be seen as contrition in the face of a pending trial.

But since Spacey lacked an attorney to lay the groundwork for entering the clinic, prosecutors could get his counseling records.

Spacey’s past acclaim and his strange self-defense in the new video won’t help him in a court of law.

Like anyone, Spacey needs a skilled, knowledgeable and experienced lawyer to handle his case.

If you need such an attorney when facing a criminal charge in Montgomery County, Fort Bend County, Houston or elsewhere in Harris County, contact the Neal Davis Law Firm today. We’ll quickly provide a legal review of your case.

And if you engage our law firm, we will defend your legal rights where that defense belongs — in the legal system.