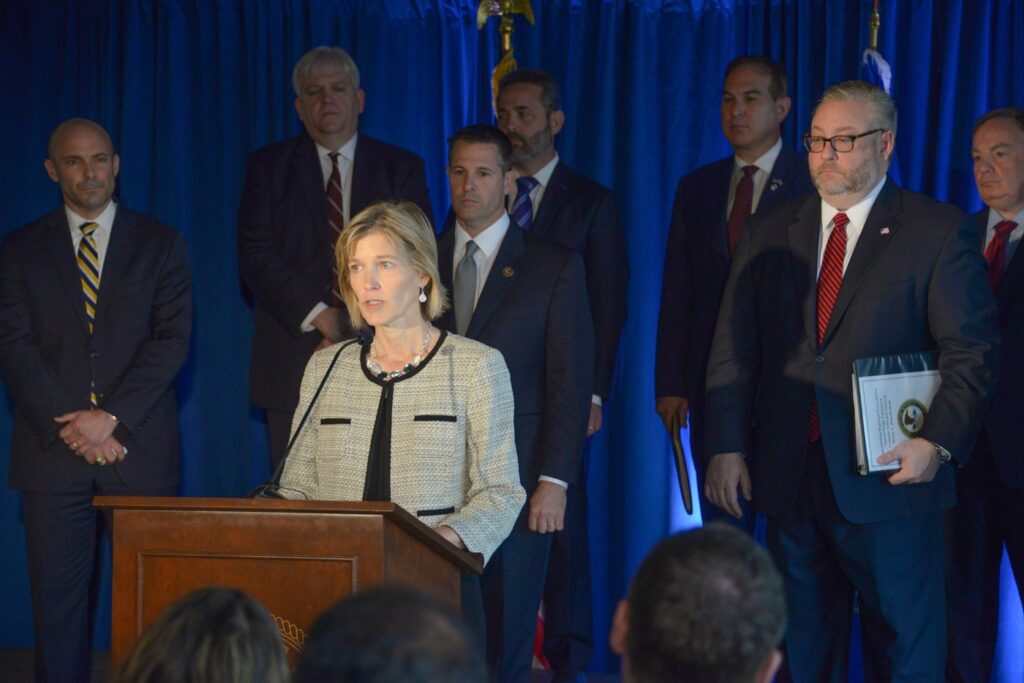 As America’s opioid crisis continues, federal authorities have charged 60 individuals — including 31 physicians — for their part in illegal prescription and distribution of millions of pharmaceutical pills containing opioids and other dangerous drugs.

That news came at a recent press conference in Cincinnati at which federal authorities claimed they’d achieved the largest known takedown to date of drug prescribers.

Authorities have been carrying out search warrants and arresting those charged.

According to the Associated Press, most arrests are from the five states in the government’s Appalachian Regional Prescription Opioid Strike Force: Alabama, Kentucky, Ohio, Tennessee and West Virginia. One person each was also arrested in Louisiana and Pennsylvania.

Authorities didn’t name the suspects but said one is a Tennessee physician, nicknamed the “Rock Doc,” who’s accused of prescribing dangerous mixtures of drugs such as oxycodone and fentanyl, sometimes in exchange for sexual favors.

Others charged are said to include a Kentucky dentist accused of removing teeth needlessly and booking unnecessary follow-up appointments, a Kentucky physician accused of writing prescriptions to friends on Facebook who picked them up at his home, and a doctor who allegedly left signed blank prescriptions for his staff to fill out and supply to patients whom he hadn’t seen.

Also, a physician in Dayton, Ohio is accused of running a “pill mill” which allegedly dispensed 1.75 million pills within two years, and an Alabama physician is accused of recruiting prostitutes and other women to his clinic and letting them abuse drugs in his home.

How big is the opioid crisis?

In a statement, U.S. Attorney General William Barr called the opioid crisis “the deadliest drug crisis in American history, and Appalachia has suffered the consequences more than perhaps any other region.”

Even so, the opioid crisis continues to rage across America, including in Texas, which had 1,375 opioid-related drug deaths in 2016, reports Texas Attorney General Ken Paxton.

But though recent arrests may have helped curb the problem, aggressive authorities sometimes snare innocent individuals in the wide nets they cast in order to proclaim massive arrest victories in press conferences.

Not everyone is guilty — but everyone deserves their day in court

If you or someone in your family faces a charge of possessing, trafficking (distributing) or manufacturing opioids, then don’t delay. Contact an experienced drug crime defense lawyer with our law firm immediately.

If you live in Montgomery County, Fort Bend County, Houston or the rest of Harris County, we will quickly provide you with a legal review of your case. We’ve helped many clients dispute a charge or accusation, sometimes getting a charge reduced or even dismissed before trial.

Contact us today, and explore your choices when facing an opioid drug charge and needing legal help to fight for your rights.