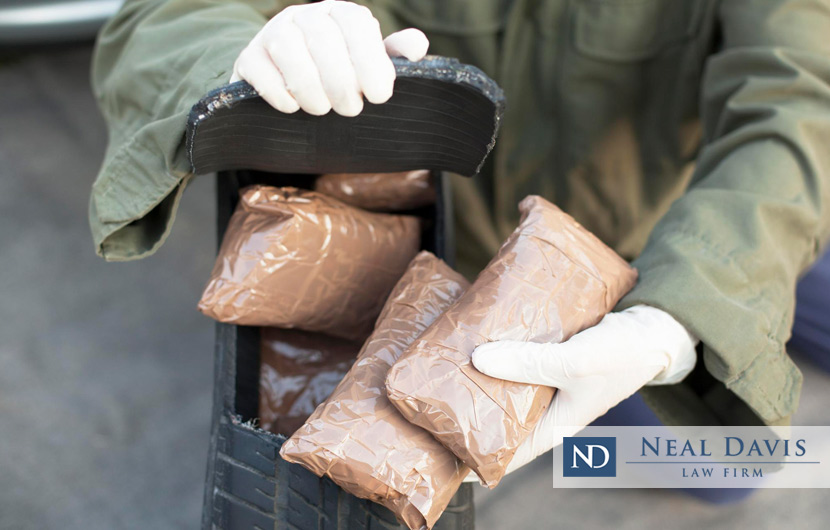 If you face a charge for a drug crime, you may be wondering:

What makes a drug offense a federal crime as opposed to a state crime?

First, you should know that you can be charged for the same drug offense on the state level and on the federal level. This means you could be tried for a drug crime both in state court and in U.S. District Court.

If you’re arrested by a federal officer working with local law enforcement, that could also result in a federal charge.

State and federal officials who collaborate on a drug arrest could decide to charge you in federal court, where drug penalties such as prison time may be more severe. This would mean the state would agree to relinquish jurisdiction to federal authorities.

Also, when a state doesn’t have enough resources to handle an elaborate crime, federal help may be requested.

A federal prosecutor also might request jurisdiction in a drug case to enhance a crackdown operation or to use a low-level offender as a means to catch a higher-level offender.

Some drug crimes are more severe than others. In such cases, it may be more likely that you’d face a federal charge than a state charge for drugs, also known as controlled substances.

Simple drug possession charges may be kept at the state level. Also, a first-time offense in a drug crime which violates state law is usually considered less serious and can bring lighter punishments than a federal drug crime charge.

That doesn’t mean state penalties for drug crimes are light. In fact, they can be severe.

But federal punishments can be even worse.

Drug crimes such as manufacturing drugs, showing intent to distribute drugs, or engaging in drug trafficking or distribution may be directed to the federal level.

In general, persons engaged in a significant criminal act in order to make significant profits may be charged on the federal level rather than the state level.

Also, if someone informed on you to federal officers and the informant was charged on the federal level, then you could also face a federal drug charge.

Once you face a federal charge for a drug crime, you should seek an experienced drug crime defense lawyer immediately.

Also, it’s rare that someone convicted of a federal drug crime receives an option for probation.

In addition, a federal drug crime charge can lead to other federal charges, such as tax evasion if the charge was for drug trafficking or distribution.

You also have less options to appeal a federal drug crime conviction, particularly if you accepted a plea bargain agreement in order to reduce your charge or your sentence.

As you can see, it’s vital that you avoid a federal drug charge if possible.

If you do face one, you should engage a veteran drug crime defense attorney.

For a legal review of your case, contact the Neal Davis Law Firm today if you face a drug charge in Montgomery County, Fort Bend County, Houston or the rest of Harris County.