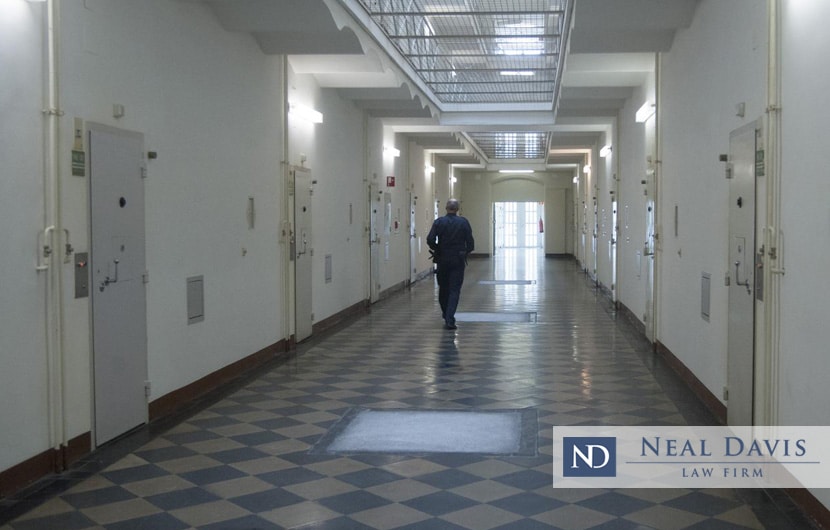 The federal Bureau of Prisons has announced it will keep one of the promises made with passage of the First Step Act – a promise which had been languishing since the December 2018 passage of the bipartisan law for prison reforms.

According to CNN, the BOP has made a new rule interpreting the act which paves the way for family reunification and community reintegration for as many as 50 percent of the over 157,000 persons who are in post-conviction federal custody.

This is a huge victory for those advocating prison reform.

Initially, the First Step Act set up a “time credit” program that would allow people in custody who’d been convicted of nonviolent offenses to earn up to 15 days of credit for every 30 days of participation in recidivism reduction programs, also known as “productive activities” such as prison jobs.

These time credits would not shorten an actual sentence but could make inmates eligible for earlier transfer to home confinement, supervised release or a halfway house. In other words, they would pave the way for early release from incarceration in federal prison.

However, the First Step Act did not specify how much programming a person in custody must complete in order to earn a “day” of participation, or exactly when the time credit program would start.

The First Step Act passed by Congress in a bipartisan vote left such details up to the BOP to work out. Yet, the BOP failed to do so clearly and adequately with its initial draft of time credit rules.

For instance, the BOP’s proposed initial rules would have required persons in custody to complete 8 hours of recidivism reduction programming in a single day in order to earn a day’s worth of credit. Yet, BOP programs do not run for 8 hours per day.

The BOP also proposed rules which would decline to provide time credit for programming completed before Jan. 15, 2022. This was despite the fact that many persons in custody already had worked many hours to comply after the First Step Act’s passage more than 3 years earlier.

Lawsuits ensued, some of which succeeded and gained early release for persons who had complied with the act’s intent. And now a final rule has been issued to correct the problem.

As a result, the Department of Justice has announced that thousands of persons in federal custody will be eligible for early release. In fact, some will be released immediately.

Data from the BOP itself – which is part of the Department of Justice – indicates that around 50 percent of everyone in federal custody, or perhaps up to 80,000 persons, are eligible to earn time credits which can gain an early start on reintegration and family reunification. And that includes time credits earned before the new rule.

Who can gain early release from federal prison?

The rule should especially benefit persons convicted of white collar crimes such as fraud or embezzlement, those convicted of drug offenses and those convicted of burglary, larceny or property offenses. All are non-violent crimes that qualify for the time credit program that can lead to early release from prison.

The Bureau of Prisons’ own statistics indicates that 4.6 percent of the federal prison population, or 6,575 people, are imprisoned due to convictions of white-collar crimes such as extortion, fraud or bribery. They are now eligible for gaining early release under the new rule.

Also eligible will be persons imprisoned for immigration offenses, who comprise 4.8 percent of all federal inmates, or 6,867 persons.

Not eligible for the time credit program are those convicted of violent offenses such as crimes involving weapons, explosives or arson (21.1 percent of all federal prison inmates).

Michael Cohen, former personal attorney to former President Donald Trump, co-wrote an opinion piece for CNN which hailed the new rule as “an unmistakable win for incarcerated people and their families, for advocates and for a country that is still struggling to be rehabilitated from its chronic addiction to incarceration.”

Cohen himself had been imprisoned for tax evasion and campaign finance violations. He served his 3-year sentence in federal prison, during which he had tried and failed to gain early release given the initial promises of the First Step Act.

“When the First Step Act passed, a lot of people in custody began working hard for time credits,” wrote Cohen and his co-author. “They should be given what they had been promised and what they had earned. We can’t ask people to pay a debt to society while society refuses to make good on its promises to them.”

They went on to say that “even this welcome development does not erase the needless suffering of too many people while the BOP pushed back against inmates seeking time credit and initially proposed a rule that cut against Congress’ intent.”

They also asserted that the First Step Act itself is only a first step “towards broader changes that are desperately needed to reduce our cruel and counterproductive overreliance on incarceration.”