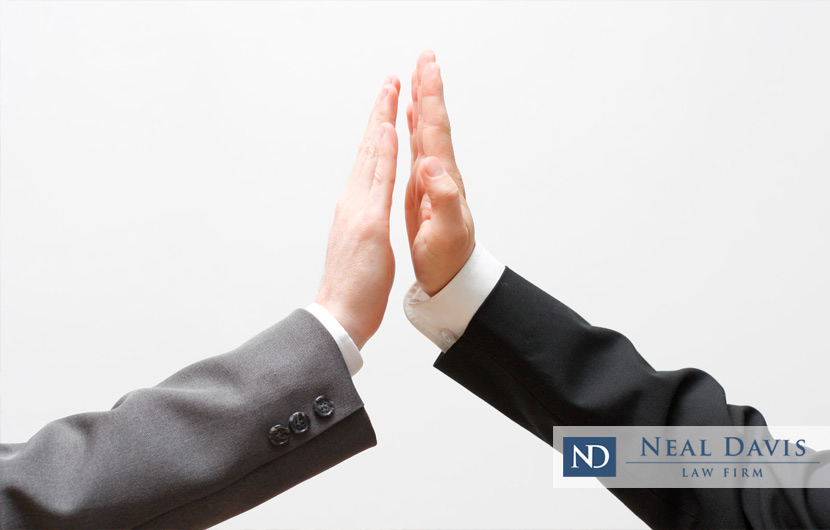 U.S. News & World Report and Best Lawyers announced on Nov. 1, 2019 that the Tenth Edition of “Best Law Firms” rankings for 2020 includes the Neal Davis Law Firm. Our law firm is on its list as a Metropolitan Tier 1 law firm for Criminal Defense-White Collar.

“Congratulations to your firm on being included in this elite and extremely impressive group,” said Phil Greer, the CEO of Best Lawyers.

“I’m honored that the Neal Davis Law Firm is recognized as one of the Best Law Firms in America,” Davis said. “We work hard each day to represent our clients and fight for their legal rights to the best of our abilities, and we want to thank them for trusting us and allowing us to succeed on their behalf. The biggest honor of all is to fight for them.”

As the oldest and the most widely respected peer-review publication of the legal profession, Best Lawyers recognizes law firms “for professional excellence with consistently impressive ratings from clients and peers.”

“To be eligible for a ranking, a firm must first have a lawyer recognized in The Best Lawyers in America©, which recognizes the top 5% of private practicing lawyers in the United States,” Best Lawyers states. “Achieving a tiered ranking signals a unique combination of quality law practice and breadth of legal expertise.”

Every year since he first became eligible in 2011, Neal Davis has been recognized on the list of Best Lawyers in America. That merit-based honor is determined by extensive peer-review surveys given to many thousands of top lawyers who evaluate their professional peers confidentially.

A lawyer is not allowed to pay any fee in order to participate or be included on the list.

Best Lawyers reports that its 2020 rankings of Best Law Firms “are based on the highest number of participating firms and client votes received on record. Almost 16,000 lawyers provided more than 1,229,000 law firm assessments, and more than 12,000 clients participated, providing 107,000 evaluations.”

Calling the process “rigorous and discerning,” Greer said Best Lawyers had reviewed 14,931 law firms throughout the United States across 75 national practice areas to determine the Best Law Firms in America.

Presented in three tiers, law firms are recognized on a national and regional-based scale. Those such as the Neal Davis Law Firm which receive a special tier designation have gained “the highest level of respect a firm can earn among other leading lawyers and clients from the same communities and practice areas,” Best Lawyers says.

As a metropolitan tier 1 ranked firm, the Neal Davis Law Firm will be featured in the physical edition of U.S. News–Best Lawyers’ “Best Law Firms,” which is distributed to over 30,000 in-house counsel.

Neal Davis was also been named a 2018 Super Lawyer by Super Lawyers. That third-party legal ratings service selects top lawyers who have a high degree of professional achievement, practice excellence and peer recognition. Davis was among just 5 percent of Texas lawyers to be included on the 2018 Texas Super Lawyers list.

If you need legal assistance for a criminal charge in Texas, be sure to hire the best. Contact Neal Davis today to schedule your case consultation.