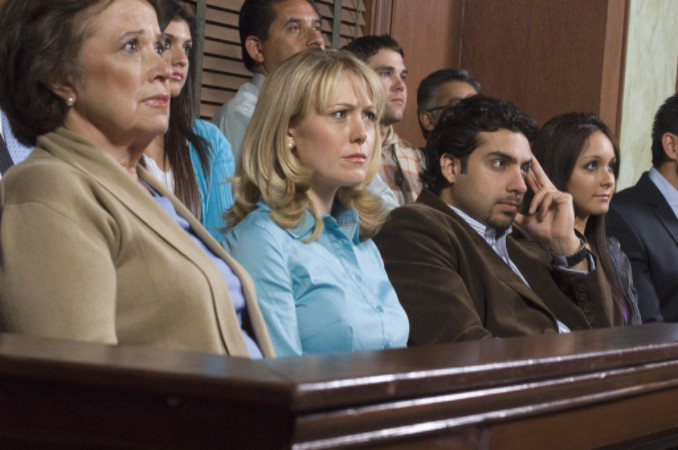 In Montgomery County, “not guilty” verdicts are as rare as any place in Texas.

The jury panels are composed overwhelmingly of Caucasian professionals who are conservative, law abiding, and think no one has anything to fear from police. They come from the Woodlands and see themselves and their families as the victims of crime when they watch television. No one in their family would dare be arrested or charged with a crime.

Or so they think, but their assumption is false…

Only when you begin picking a jury in Conroe, Texas can you truly appreciate what you are up against as a defendant one of the toughest little counties in the state: a sea of white faces, dressed in expensive clothing, most of whom work in the oil and gas industry and have a background in engineering.

These aren’t exactly honeybees that search high and low for reasonable doubt in a criminal trial.

Recently, we tried a driving while intoxicated case where the defendant’s blood alcohol level was a .19. He looked decent on video, but there were few problems with the blood. All we had was “playing for the fumble,” hoping somehow the prosecution’s case would unravel.

We did not have a choice but to try the case. Our client was an engineer from Argentina and he faced deportation if we lost. His wife and kids lived here.

Their family’s future was on the line.

The last time the county court we were in had acquitted a case was in 2014, meaning it has been almost three years since a defendant was found not guilty there! We were up against the odds, and knew the focus had to be on the police investigation. We were either going to win or lose on the integrity of this investigation.

So during “voir dire,” we questioned jurors about the importance of a thorough investigation. As the State began calling its first witness, things looked grim. They usually do in any trial until the defense has a chance to cross-examine witnesses and introduce its own evidence.

We strategically violated the sacred cross-examination rule of never asking a question to which we did not know the answer. There was a good reason for this—namely, that we had nothing to lose given the venue and the difficult facts of the case. So we asked open-ended questions about the chain of custody. It was like taking a deposition in a civil suit.

And what we learned turned the tide.

The DPS trooper, instead of refrigerating the blood samples after getting them from the jail, decided to keep them in his car for three whole days – in the HOT trunk of his car! We showed him a bottle of milk and asked him if he’d drink the milk if it sat in our car for three whole days. He chuckled because he and we—and most importantly, the jury—knew the truth.

And God bless the jury. They followed the law and did the right thing. They knew that garbage in meant garbage out, and disregarded the blood test. With only the video to rely on, they found our client not guilty.

What made this case so special was that, aside from winning against the odds in Conroe, Texas, our client was a really good person who deserved to stay in this country. He cried when he heard the verdict. So did his wife.

And that’s what makes me so proud of our criminal justice system—when it works properly, there is no better system around.

About the Neal Davis Law Firm of Houston, TX

At the Neal Davis Law Firm, we specialize in defending all types of criminal charges—from intoxication offenses and drug charges to sex offenses and white collar crimes. Neal Davis has a proven track record of successfully defending those charged with driving while under the influence. Read his client testimonials  and call him for a consultation.