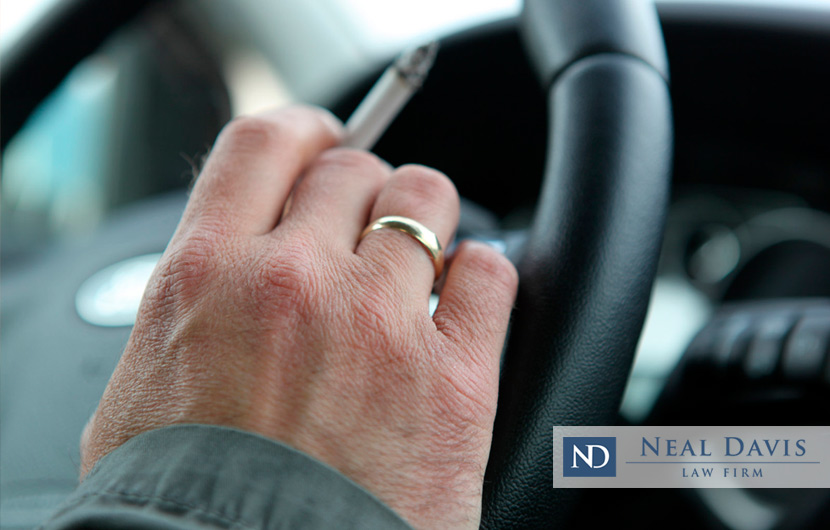 And they’re facing a big problem.

As CNN reports, testing drivers for marijuana is more difficult than you might think.

In fact, thus far, no sure-fire method for testing drivers’ abilities due to marijuana consumption exists. This differs from alcohol, where the breathalyzer has been used since 1954.

But while measuring alcohol on the breath is far easier than measuring cannabis (the plant from which marijuana comes), even breathalyzer tests aren’t trustworthy for testing alcohol consumption, due to a variety of factors.

How alcohol and marijuana differ

One problem in testing for marijuana is that, unlike alcohol, it can stay in a person’s system long after their “high” has worn off. So detecting marijuana doesn’t mean a driver can be considered to be impaired.

Beyond that, the actual effects of marijuana haven’t been extensively researched, so there’s no clear indication of how — or even if — a driver who’s consumed it is affected by its use. In fact, some argue that an average use of marijuana may have no effect on a person’s driving ability.

But that hasn’t stopped companies from trying to develop a reliable system for measuring marijuana in a driver’s body.

Hound Labs, based in Oakland, CA, is developing a dual alcohol and marijuana breathalyzer device. Hound Labs claims that THC, the active ingredient in marijuana, can be detected in a person’s breath for up to 3 hours after smoking or vaping. But even Hound Labs points out that it’s not measuring for impairment, but simply for the existence of THC in the driver’s breath.

As CNN reports, minimal research exists on how marijuana affects driving. Also, THC has many variables in terms of potency and effects, so simply detecting its existence in a driver doesn’t mean that the driver has been found to be impaired.

That’s unlike alcohol consumption, for which established research shows definite effects for certain amounts, depending on a person’s size.

For instance, a 160-pound man who has had around 2 alcoholic drinks within 1 hour will generally experience a decline in visual function and their ability to perform 2 tasks at the same time, according to the National Transportation Safety Board.

Indeed, having 2 or 3 drinks within an hour should make such a person’s blood alcohol concentration, or BAC, register as .08 percent. That is the legal limit for being drunk in Texas and in almost every other state.

Of course, a driver who’s had marijuana and is stopped by police in Texas faces a different problem:

The drug itself is illegal.

But standards have changed over the years.

Currently, a person in Texas who possesses 4 ounces or less of marijuana faces a misdemeanor charge. Beyond that, marijuana possession is a felony.

That seems simple enough, but a new Texas law designed to encourage farmers to grow hemp (the fiber of cannabis plants, which is used for rope, paper and other materials) complicates things.

Signed into law on June 10, 2019, it holds that hemp is legal if it contains less than 0.3 percent concentration of THC.

Currently, the only way to determine the THC concentration of hemp is costly laboratory testing. And while that may be fine for a single farmer’s large crop, it doesn’t work when hundreds of separate marijuana possession cases are involved.

Because of the new law, Harris County District Attorney Kim Ogg says her office will accept criminal charges for misdemeanor possession of marijuana only if a lab test proves that the evidence seized has a THC concentration of over 0.3 percent.

No test? No prosecution.

In fact, many cases of marijuana possession throughout Texas are being dropped due to the new requirement of lab testing to prove that the THC concentration is over the legal limit.

As you can see, law enforcement and prosecutors now have a tougher time establishing that a person actually possesses illegal weed, or marijuana — and if driving, is actually impaired by it. That doesn’t mean people aren’t arrested anyway, but it does mean they have more legal options to avoid criminal penalties.

If you or a loved one have been arrested for possession of marijuana, contact us to schedule your consultation with veteran Houston drug defense lawyer Neal Davis.