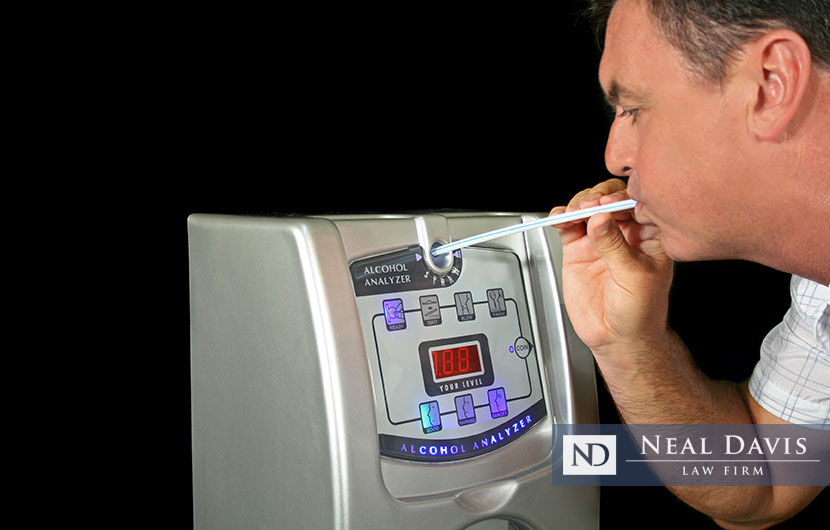 DWI is a serious charge in Texas.

For starters, it can lead to years in prison and fines of thousands of dollars. And the process leading to such penalties can begin with a faulty roadside breath test administered by a poorly trained officer on inadequate equipment.

The New York Times recently published a lengthy report on why breathalyzer tests, which are administered to arrest drunk drivers, “are often unreliable.”

The Neal Davis Law Firm has been warning people of this for years.

For the report entitled, “These Machines Can Put You in Jail. Don’t Trust Them,” the Times “interviewed more than 100 lawyers, scientists, executives and police officers and reviewed tens of thousands of pages of court records, corporate filings, confidential emails and contracts. Together, they reveal the depth of a nationwide problem that has attracted only sporadic attention.”

The Times noted that one million American drivers are arrested annually for drunk driving or driving while intoxicated (DWI). This often happens after they “blow into a miniature science lab that estimates the concentration of alcohol in their blood.” The mini lab is some form of equipment that’s commonly called a “breathalyzer.”

If the blood alcohol content (BAC) level is 0.08 or higher — that’s the legal BAC in Texas and most of the nation — “they are all but certain to be convicted of a crime,” the Times wrote.

“But those tests — a bedrock of the criminal justice system — are often unreliable, a New York Times investigation found. The devices, found in virtually every police station in America, generate skewed results with alarming frequency, even though they are marketed as precise to the third decimal place.”

Thousands of breath tests thrown out of court

The Times noted that thousands of breath tests have been thrown out of court by judges in recent years, having been invalidated due to human error and lax governmental oversight.

The devices themselves have also been suspect.

Often their scientific instruments haven’t been properly calibrated, with results that can be up to 40 percent too high. In addition, police departments may have poor standards and lack expertise in maintaining the devices, and technical experts have found serious programming mistakes in their software.

As the Times reported, the only way to measure BAC directly is to draw blood, which requires a search warrant. Breath tests are more simple.

In Texas, you can refuse to take a breath test requested by a law officer. But you still can be arrested for drunk driving based on the officer’s observations of your driving and your abilities when questioned on a roadside.

Not only that, but despite growing and widespread mistrust of breath test devices, each state punishes drivers who refuse to take a breath test when ordered by a police officer. In Texas, refusing a breath test can result in immediate suspension of your driver’s license for as many as 180 days.

In the end, many people are convicted in cases which begin with faulty breath tests. These tests tend not to be admissible as evidence in court, but they’ve already done damage by leading to an arrest, further tests and unfair scrutiny.

One is the Intoxilyzer, invented by chemist William Duncan McNally in 1927. It uses infrared spectroscopy to identify molecules based on how they absorb infrared light.

The other is the Breathalyzer, a brand name and generic trademark for an instrument developed by police photographer and amateur chemist Robert Frank Borkenstein in 1965. It uses 3 technologies to evaluate alcohol content in breath, including a semiconductor oxide sensor, a fuel cell sensor and an infrared spectrometer.

The Times noted that such technologies can be inaccurate for a variety of reasons.

“Older women sometimes have trouble producing enough breath to get the machines to work. Toothpaste, mouthwash and breath mints — even hand sanitizer and burping — may throw off the test results.”

Such inaccuracies are among the many reasons why experienced and skilled DWI defense lawyers at the Neal Davis Law Firm offer drunk driving defenses for clients.

Our DWI defense strategies can include challenging the accuracy of breath test equipment due to malfunctions or poor maintenance.

We can also establish poor training, improper qualifications or lack of experience by the person who administered a breath test.

Don’t let a faulty breath test stand between you and your freedom if you’ve been stopped by police on suspicion of drunk driving. Contact us today for a free legal review of your DWI case, and let us fight to protect your legal rights.

Whether you live in Houston, Harris County, Fort Bend County or Montgomery County, you can fight back with a knowledgeable intoxication defense lawyer. Contact us today, and let’s get started.