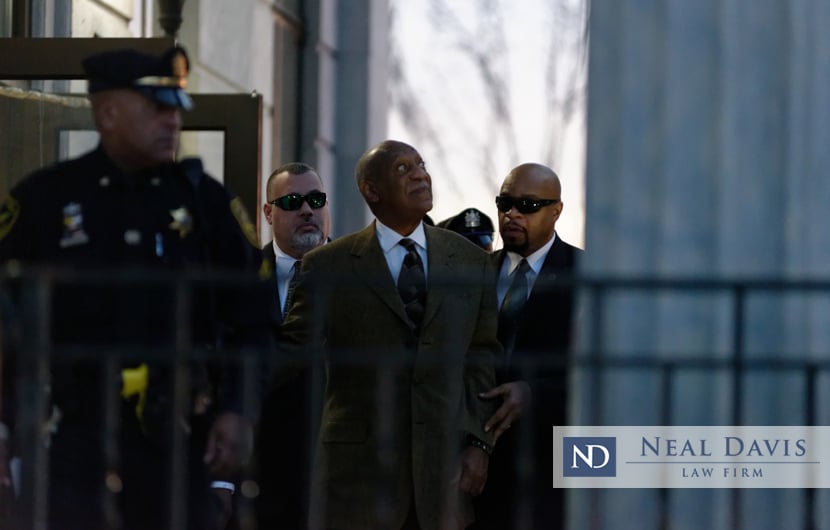 Comedian and actor Bill Cosby, 83, has been freed from state prison in Pennsylvania after serving 3 years of a 10-year sentence for sexual assault because the Pennsylvania Supreme Court ruled that his right to due process had been violated in the trial that convicted him.

Cosby was sentenced upon his conviction in 2018 for drugging and sexually assaulting Andrea Constand at his home in 2004.

In 2005, the district attorney of Montgomery County, Pennsylvania, decided not to prosecute Cosby for that criminal charge in exchange for Cosby giving a deposition in a civil trial against him.

For his deposition, Cosby was forced to speak under penalty of perjury and without the benefit of his Fifth Amendment right against self-incrimination. He then admitted that he had procured Quaaludes in order to drug women with whom he wanted to have sex.

Despite Cosby’s agreement with the previous district attorney, successor district attorneys later decided to prosecute Cosby criminally anyway and use his deposition in the civil case against him in the criminal trial.

Following a mistrial in 2017, Cosby was tried and convicted in 2018. It was one of the biggest cases of the #MeToo movement that encourages women to come forward with accusations of sexual misconduct, often years after the alleged crime.

Convicting Cosby in a criminal trial with evidence gained at civil trial violated his right to due process, the Pennsylvania Supreme Court ruled. It then ordered him released from prison, and he was driven home by his publicist.

Though Cosby was freed based on a procedural violation, that does not mean the claims against him were refuted. Indeed, dozens of women have claimed he drugged and sexually assaulted them. But only one such claim was the basis of the Pennsylvania trial—and for many other accusers, the statute of limitations has passed.

But even though the former TV star and comedian has been disgraced in the eyes of many, Cosby cannot be tried again for the same crime involving the same victim.

“Any future prosecution on these particular charges must be barred,” the Pennsylvania high court judges wrote in their decision. “We do not dispute that this remedy is both severe and rare. But it is warranted here, indeed compelled.”

What is due process?

As for due process, whose violation led to Cosby’s release from prison, it is the right of every American to be treated fairly in a civil trial or a criminal trial. Thanks to the constitutionally protected right to due process, every American should be considered innocent until proven guilty and should be given a fair trial in accordance with rules applied to everyone.

Though some have expressed outrage over the decision which freed Cosby after many women spoke out against him, no one should forget every American’s the right to due process.

In today’s social media-driven world, there is a rush to judgment in condemning men based solely on one person’s unproven accusation. Also, the burden of proof at trial seems to rest increasingly as a practical matter on the shoulders of defense attorneys, rather than prosecutors, contrary to the long-standing American legal tradition of a person being considered innocent until proven guilty.

There also have been recent shifts in resolving sexual discrimination cases at colleges and universities under the federal law known as Title IX. Some Title IX investigations have been prejudiced and unfair, with the accused being considered guilty until proven innocent and, in effect, being railroaded out of school. That, in itself, goes against due process standards.

In addition, men have lost jobs and social standing when accused of sex crimes, even though later it may be proven that false allegations were involved.

Our law firm believes in due process

The Neal Davis Law Firm stands ready to defend the legal rights of all Americans—including the right to due process in a criminal proceeding.

If you or a member of your family faces a criminal charge, contact our award-winning law firm today for a confidential consultation for your case. Whether you live in Houston, Sugar Land, The Woodlands or elsewhere in Harris County, Fort Bend County or Montgomery County, Texas, your legal rights must be protected.