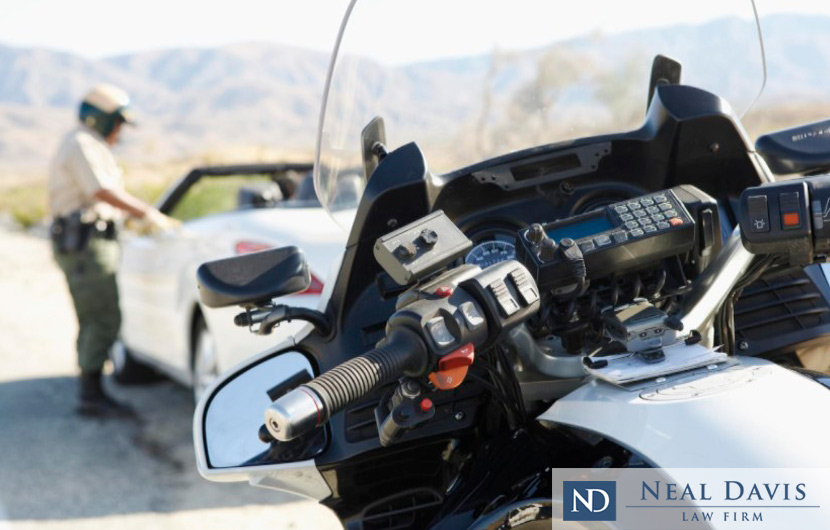 Imagine you’ve been falsely accused of rape or sexual assault. Now, imagine you’re a law enforcement officer who has been targeted with false sex crime claims while obeying the law and doing your duty.

That’s what transpired in North Central Texas starting early Sunday morning, May 20, when Texas Highway Patrol Trooper Daniel Hubbard stopped a woman for a routine traffic violation which turned into a DWI arrest on southbound I-35 in Ellis County, south of Dallas.

Hubbard arrested the driver of a 2013 Chevy Malibu, identified as Sherita Dixon-Cole, age 37, of Grapevine, TX, on a charge of driving while intoxicated. He then took her to Ellis County Jail.

After her release on bail, Dixon-Cole reportedly engaged civil rights lawyer Lee Merritt. Her attorney then asserted that Hubbard had made advances on Dixon-Cole, groping her and forcing something into her vagina. He called the arrest “prolonged” and elaborated further on the alleged atrocities.

The trouble is, they were lies — all lies.

Almost two hours of continuous time-coded body cam footage covered the arrest and incarceration from start to finish, showing that Hubbard had simply done his duty and made no sexual advances on Dixon-Cole.

Indeed, none of the footage showed what the woman — via her lawyer — had claimed.

But the damage was already done.

News sites and bloggers trumpeted the “news” that a Texas Highway Patrol trooper had raped a woman. One tweet said she had been kidnapped and held hostage by the Highway Patrol.

Texas Department of Public Safety officials found otherwise when they reviewed body cam footage and refuted the false sex crime claims. The DPS said the footage “shows absolutely no evidence to support the egregious and unsubstantiated accusations” against Trooper Hubbard.

The DPS went on to say: “The Department is appalled that anyone would make such a despicable, slanderous and false accusation against a peace officer who willingly risks his life every day to protect and serve the public.”

The Ellis County District Attorney’s Office signed off on the video’s veracity.

After assessing the body cam video, the attorney representing the woman issued a statement on Facebook acknowledging that the video has “no readily apparent evidence of tampering with the footage.” Merritt also called it “deeply troubling” when innocent parties are “falsely accused.” He later apologized to Hubbard and his family.

In stressing that Hubbard did his duty and should be cleared of any wrongdoing, Merritt said he took “full responsibility for amplifying these claims to the point of national concern.”

So what’s trouble with that?

Merritt can’t take full responsibility for the false sex crime claim, because he didn’t start it. He just amplified it.

What about the woman who engaged his services and led him to make such false allegations? So far, there’s been no word of an apology from her.

Perhaps it’s because she’s too busy preparing for further litigation — this time against her. Under Texas law, she could face civil or criminal charges for making a false claim of sexual assault.

At the Neal Davis Law Firm, we stand up for the all too many victims of false sex crime allegations. Such false claims are sadly common in today’s inflammatory, Internet-fed environment, where one sentence can explode into a ruinous rumor across the state, the country, or even the world.

We commend Trooper Hubbard for rightly doing his duty. Justice may have been late in terms of these false allegations, but at least justice prevailed in the end.

Let us ensure justice prevails for you, too.

Our experienced sex crime defense lawyers can skillfully handle false sex crime claims by avoiding charges entirely or by getting charges dropped or dismissed. If you live in Harris County, Fort Bend County, Montgomery County or anywhere in Houston, contact us today and we’ll quickly give you a legal review of your case — completely confidential.

Then, you can decide if you want to hire us.