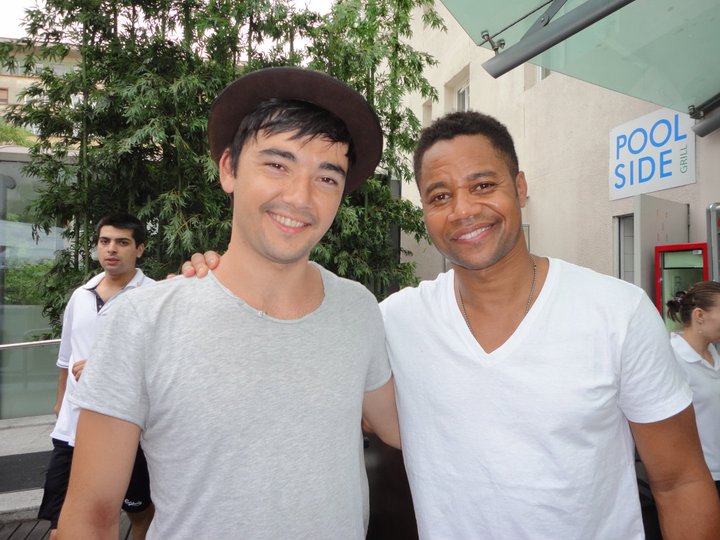 Actor Cuba Gooding Jr., who has already been accused of groping a woman in a New York City bar, now faces another accusation of sexual assault. This charge is from blogger and comedian Claudia Oshry, who says Gooding groped her at a New York club in 2012 when she was 16.

According to People magazine, the actor, age 51, has denied Oshry’s sex assault allegation.

In New York, anyone under 18 years old is considered a minor, which makes the claim against Gooding an accusation of sexual assault of a child. So far there have been no criminal charges filed.

Oshry made the claim last week on a podcast called The Morning Toast.

“All I have to say is #MeToo,” she said, referring to the recent movement toward many women making claims of sexual abuse and sexual assault, even years after the alleged events.

“I feel so weird about it because at the end of the day I don’t know if I’ve ever considered myself a victim of sexual assault because I’m not,” said Oshry. “But yes, when I was in high school . . . Cuba Gooding Jr. put his finger up my butt and I felt wild.”

She told Entertainment Tonight that she didn’t contact authorities at the time about the incident because she was concerned that she’d “get in trouble for being at a club underage and using a fake ID.”

She said she did tell her friends and family at the time, and around two years ago began using the story as fodder for her stand-up comedy routines. The story then went viral after last week’s podcast.

Mark J. Heller, Gooding’s longtime attorney, has denied the accusation on Gooding’s behalf. He told People magazine that: “Mr. Gooding told me such an event never happened. He doesn’t know this individual.”

Earlier this month, Gooding also pleaded not guilty to charges of forcible touching and sexual abuse in the third degree in New York. He did so after turning himself into New York Police upon learning a woman claimed he’d touched her breasts at the Magic Hour Rooftop Bar and Lounge on Manhattan’s 7th Avenue, earlier in June.

Reportedly, investigators say they discovered security camera footage which verified the woman’s claim. However, Heller said he has viewed the surveillance footage and told People there wasn’t “a drop of criminal conduct or inappropriate activity on his part. And I am frankly shocked the prosecutor would consider a case like this.”

The attorney said he’s known Gooding for nearly three decades and says his conduct toward women has been always “respectful.”

Gooding made his own denial of inappropriate conduct in a video posted by TMZ, saying,

“I trust the system. Let the process speak for itself. There’s a tape that shows what really happened.”

Best known for winning an Oscar as Best Supporting Actor for the 1996 film “Jerry Maguire,” Gooding is from New York but now lives in Los Angeles.

He’s also appeared in the films “Boyz n the Hood,” “A Few Good Men” and “As Good as It Gets.” In 2016, he portrayed accused murderer O.J. Simpson in the FX series “The People v. O.J. Simpson: American Crime Story.”

Get a Sex Crime Defense Lawyer

It’s estimated thast as many as 10 percent of claims of sexual assault are false. Such claims must be fiercely refuted in the legal arena to protect innocent defendants, who otherwise can face many years in prison time for sexual assault in Texas.

If you or a loved one faces a false allegation of a sex crime in Texas — whether in Houston, Harris County, Fort Bend County or Montgomery County — then it’s time to notify an experienced sex crime defense lawyer immediately.

At the Neal Davis Law Firm, we can fight for your legal rights by investigating your case and challenging the evidence and the claims against you. We’ve worked hard to help many defendants get their charges reduced or even dropped, and we stand ready to help you, too.

Contact us today for a confidential legal evaluation of your case. Then, let’s get started protecting your legal rights against a false claim of sexual abuse or sexual assault.