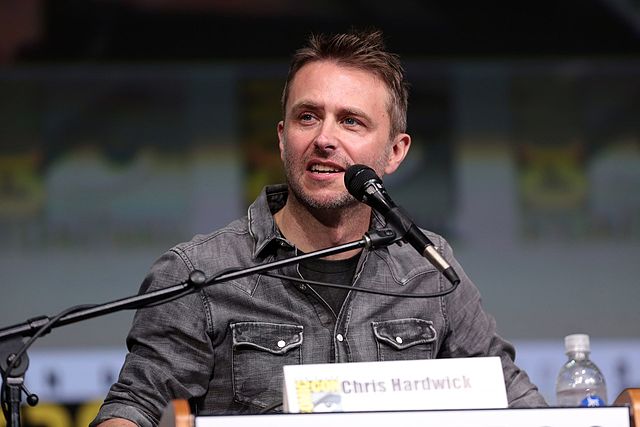 Have you, like TV talk host Chris Hardwick, faced a false sex crimes allegation? Have you been unjustly investigated for domestic assault or sex abuse? If so, you should know that even in this #MeToo era of instant condemnation, your redemption can come.

Just ask Hardwick, whose name was cleared after a former girlfriend, without naming him, clearly condemned him for sex assault and sex abuse. Hardwick then immediately lost his TV hosting jobs and his standing in the entertainment industry. He even saw his name removed from the Nerdist website which he founded — all for a claim later found to be false.

Fortunately, such injustices were temporary — at least, for Hardwick. Probes of his alleged sex crimes found that his ex-girlfriend had no facts to back her assertions. Coupled with resounding support by those who knew Hardwick personally and professionally, and the fact that his ex had begged him in texts to take her back, Hardwick regained his good name, his social standing, his work and his respect.

Now Hardwick has his life back, even after being falsely accused of a sex crime.

Perhaps you need an experienced and skilled Houston sex crime attorney or domestic abuse lawyer to handle your own such case. If so, contact us at the Neal Davis Law Firm today. We’ll quickly give you a confidential legal review of your case — no obligation necessary. Then, you can decide if you want a knowledgeable sex abuse lawyer from our law firm to protect your legal rights.

As for Hardwick, he became emotional Sunday night when hosting his first episode back on AMC’s The Talking Dead, an after-show for the hit series The Walking Dead and Fear the Walking Dead, with the latter series resuming Sunday after a mid-season hiatus.

“I am so appreciative to be standing here right now and I want to thank you, the Walking Dead community, for all of your support these last couple of months,” Hardwick said in the opening to The Talking Dead. “This show is not just a job to me, this is — this is a vital part of my life, and this has been like a sanctuary these last seven years we’ve been here.”

While not directly addressing the false sex crime allegations, Hardwick said that The Talking Dead “has been with me through good times and bad times and I have so much gratitude to you, the fans, and the producers, and the amazing casts of both of these shows, you know, for allowing me to come here and be a part of this community every week.”

According to The Hollywood Reporter, Hardwick not only has been reinstated on The Talking Dead but has also had his name restored to the Nerdist website he founded. Also, he’ll return as host of NBC’s The Wall and will appear as a guest judge on America’s Got Talent, also for NBC.

While this all great news for Hardwick, unfortunately not all unfounded claims of sex abuse or sex assault are resolved as well for those accused.

Do you face such a false sex crime claim yourself? If so, you may need the best lawyer in Houston to defend you against a sex crime charge.

Our law firm knows how serious such an accusation is, considering the prison time and steep fines which even innocent men can face. That’s why we fight for our clients’ rights, and why we’ve succeeded in getting charges reduced or even dropped entirely.

Reach out to us, and let’s explore your legal options together.