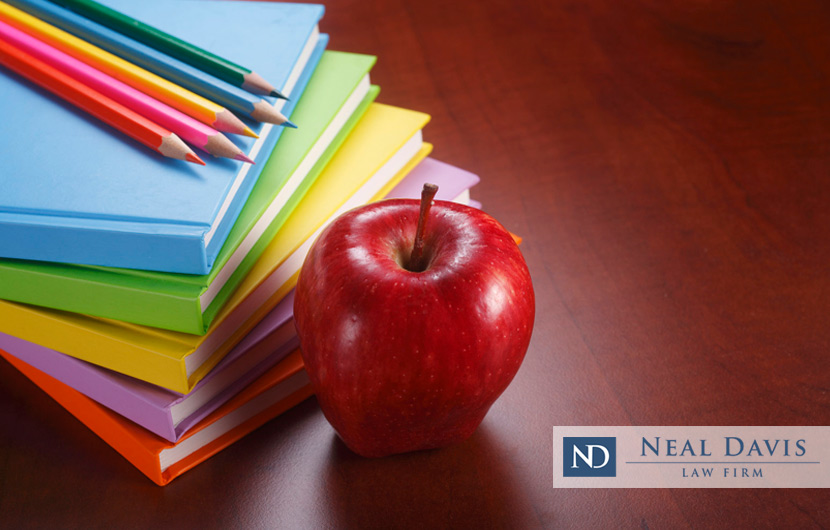 The National Education Association’s motto is “Great Public Schools For Every Student.”

But the NEA’s role is also to side with teachers and other school employees, particularly on the issue of false accusations of inappropriate behavior with students as a crisis.

In an article titled “Teach But Don’t Touch,” the NEA wrote:

“It’s the worst thing that can happen to a school employee: being falsely accused of inappropriate behavior with students. Even if you’re ultimately exonerated, the damage has already been done, and the stigma can linger for years.”

The NEA cites the book Guilty Until Proven Innocent: Teachers and Accusations of Abuse by Matthew D. Olson as showing how such false allegations can ruin careers. The book was co-written by Gregory Lawler, an attorney with the Colorado Education Association who litigated 13 such cases.

In the book, Lawler describes how legislators, the media and the public have contributed to the growing phenomenon of teachers being falsely accused of abuse against students.

“Whenever there is an allegation, there is a victim, whether it is the accused or the accuser,” he says. “Students these days know all too well the consequences of an abuse complaint, and they know how to game the system. They know how to get an unpopular teacher fired by making false allegations, and unfortunately, some of them try to do just that.”

How to avoid false accusations (tips for teachers)

NEA offers advice for teachers and other school employees for avoiding such false accusations.

Punishments for improper teacher-student relationships can be severe

Whether or not you’ve followed all of this advice, you may face a false allegation or false accusation of an improper teacher-student relationship. If so, do not take this lightly, since it could affect the rest of your career.

As such claims rise, Texas is cracking down on improper teacher-student relationships, and punishments for sex with children are severe, including high fines and jail time.

The NEA advises that those facing such false accusations shouldn’t talk to school administrators or law enforcement officers without consulting an NEA or legal representative. “In most circumstances, your representative should accompany you to any meeting,” the NEA advises.

You may need a skilled defense attorney to be that representative.

Persons in Houston, Harris County, Fort Bend County and Montgomery County should contact the Neal Davis Law Firm for legal advice. You may need to engage an experienced sex crime defense lawyer to protect your legal rights if you face a false claim of inappropriate teacher-student behavior.

We have years of experience helping people like you to protect their legal rights when accused of an improper teacher-student relationship.

A #1 Defense Attorney
Assault  |  Houston
Dismissal of charges
"I have twice hired Mr. Davis to defend members of my family who I firmly believed were unfairly ..."
Father of client S.S., Verified Customer
COVID-19 NOTICE: Our lawyers and legal team are fully prepared to continue handling all cases and giving them proper attention. Contact us 24/7. For court information update, visit: Harris County Criminal Lawyer Association’s court updates