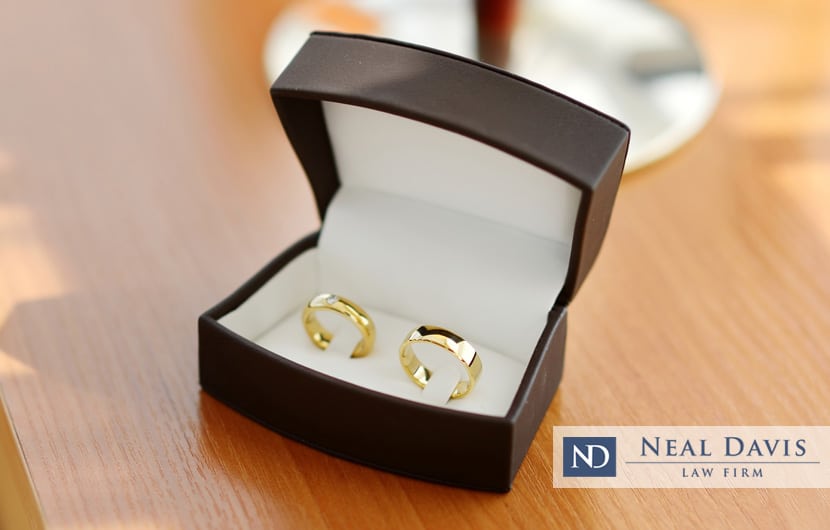 There is an increasing number of claims of rape while married or cohabitating being made. And while some are valid, sometimes such claims are used as leverage in a bitter divorce proceeding or breakup. Other times, false rape claims are used for revenge when the assault allegations stem from bitterness and not facts.

Perhaps both motives are at play.

Indeed, there has been a spike in claims of sexual assault in general since the conviction of former Hollywood producer Harvey Weinstein and the rise of the #MeToo movement.

One recent case involving an assault claim among married people is that of former Netflix executive Diego Bunuel, age 46, whose wife claimed he raped her. There is an arrest warrant from Massachusetts out for Bunuel, who lives in France.

The New York Post reported that Bunuel’s wife, Maggie Kim, 48, claims he raped her 3 times in 2017, once in Martha’s Vineyard, MA. The active warrant for his arrest is for the crime of felony rape in Massachusetts.

The grandson of famed French filmmaker Luis Bunuel, Diego Bunuel is the former head of documentaries for Netflix’s global streaming service and now is the head of programming for France Televisions, a French state broadcaster.

While France and the United States have an extradition agreement, France will not extradite its own citizens. However, French law does provide that Bunuel could be tried for any crime which also is a crime in France, and that trial would be in France.

Texas has laws on rape while married

In Massachusetts and Texas, as well as all other states, it is illegal for a man to rape his wife. Lack of consent or the use of aggravated force would constitute rape or sexual assault in such cases.

Texas made marital rape a crime in 1994. However, Texas laws on assaultive offenses make no distinction between the rape of a spouse and the rape of a non-spouse.

Either way, sexual activity without consent is considered rape, and the crime is either sexual assault or aggravated sexual assault.

Sexual assault involves sexual activity without consent. It is a second-degree felony in Texas with punishments of 2 to 20 years in prison and a fine of up to $10,000.

Aggravated sexual assault, which involves force, violence and perhaps injury, is a first-degree felony in Texas. It can bring punishments of at least 5 years in prison and a maximum 99-year sentence, along with fines.

If convicted, defendants also may have to register as sex offenders in Texas.

Sexual assault laws in Texas are gender-neutral, which means a sexual assault may occur between heterosexual partners or same-sex partners.

As for the statute of limitations for filing a marital rape charge in Texas, it is currently set at 10 years. This means that a charge must be made within 10 years of the date of the alleged crime.

Defenses against a charge of marital rape

You may need to explore various defense strategies against a charge of marital rape or sexual assault. If so, contact an experienced domestic violence defense lawyer with the award-winning Neal Davis Law Firm.

We can examine your case in a confidential consultation with you and advise you on possible strategies to defend your legal rights.

Those may involve proving that the accused spouse had consent, based on previous sexual activity in the marriage. Defenses also may involve asserting that the accusation of assault was motivated not by truth but by a desire to gain leverage in a divorce proceeding or a child custody battle.

Our skilled Texas sexual assault defense attorneys can also challenge the medical evidence or argue that there is insufficient evidence in the case.

The fact that an accused spouse was married to the alleged victim at the time of an alleged crime is not, in itself, a defense in such a case. A man has no legal right to sexually assault his wife in Texas.

But overall, it may be legally difficult to prosecute a charge of sexual assault of a spouse in Texas. A knowledgeable rape defense lawyer can work to ensure that is the situation for your case.

Contact us today to arrange your confidential consultation with an experienced sexual assault defense lawyer for persons in Houston, Sugar Land, The Woodlands and elsewhere in Harris County, Fort Bend County and Montgomery County, Texas. We have helped clients facing this exact situation of being accused of marital rape.

Let us defend your legal rights in a case where marital rape or spousal sexual assault is alleged or claimed. It may even be possible to get a charge dropped or reduced before a case reaches trial. Get our experience on your side, and get results.