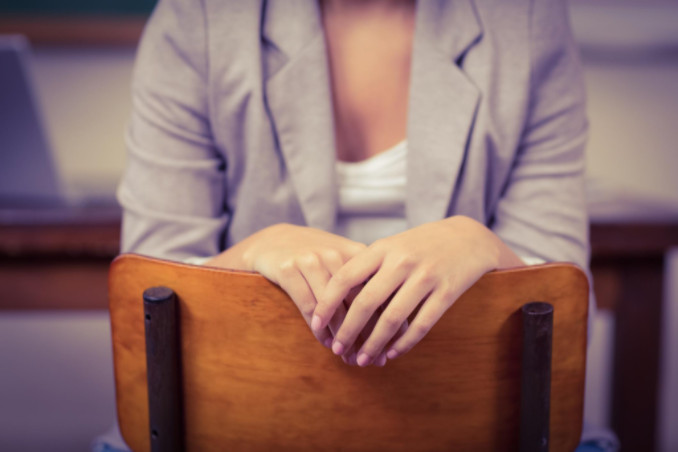 For charges of sex crimes involving minors, a male-female double standard exists in the courts of Texas.

Take the case of Haeli Wey, a former teacher at Westlake High School in the Austin area. She was able to plead guilty to two counts of an improper relationship with students as part of a plea-bargain agreement with prosecutors which brought modest punishment.

Prosecutors approved the fact that Wey, age 29, will not have to register as a sex offender and can serve 10 years of deferred adjudication probation with no jail time. She also must complete 200 hours of community service and have no contact with the two victims, both 17. Her official sentencing is set for March 10, 2017.

Similarly, Alaina Ferguson, age 23, who taught Algebra in September and October 2016 at a high school in Plano, Texas, was arrested but only briefly jailed after allegedly having sex several times with a 16-year-old male student.

Her pre-trial release conditions? She must wear an electronic monitoring device and not use the Internet, which was a window to her sexual relationship with the student. That’s much less harsh than the conditions that a male on pretrial release faces.

By contrast, male teachers in Texas have faced worse punishments for essentially the same sex crimes.

Just last year, Texas recorded 222 cases of teachers having inappropriate relationships with students. In the Houston area’s 10 largest school districts, about 60 persons lost their teacher’s license after impropriety with a student.

For some, losing their job was the worst of it. For others, jail time ensued.

Texas Laws for Sex With Minors

By Texas sex crime law, sex with minors younger than 17 typically is considered a second degree felony which, if convicted, leads to a penalty of 2 to 20 years in a state prison and/or a fine of up to $10,000. If the minor was under 14 years old, the sexual assault can be a first-degree felony, with penalties of at least 5 years and up to 99 years in prison and/or a fine of up to $10,000.

For adults less than three years older than the victim, when the victim is over 14, there is no charge.

Sexual assault or indecency with a child (otherwise known as statutory rape), is not designated as such by Texas law. Consent has no relevance for such an offense. Conviction also requires that a person register as a sex offender.

The female teachers named above faced no such penalties. Meanwhile, a man from The Colony in North Texas was sentenced to life in prison with no possibility of parole upon sentencing for five counts of child sex abuse involving his young daughter.

Defenses for Sex With a Minor

Anyone charged with sexual assault of a minor has a right to a legal defense. Experienced Houston sex crime defense lawyer Neal Davis can provide it.

For adult males or females, defenses for statutory rape can include:

Contact a sex crime lawyer at the Neal Davis Law Firm for a legal review of your case.