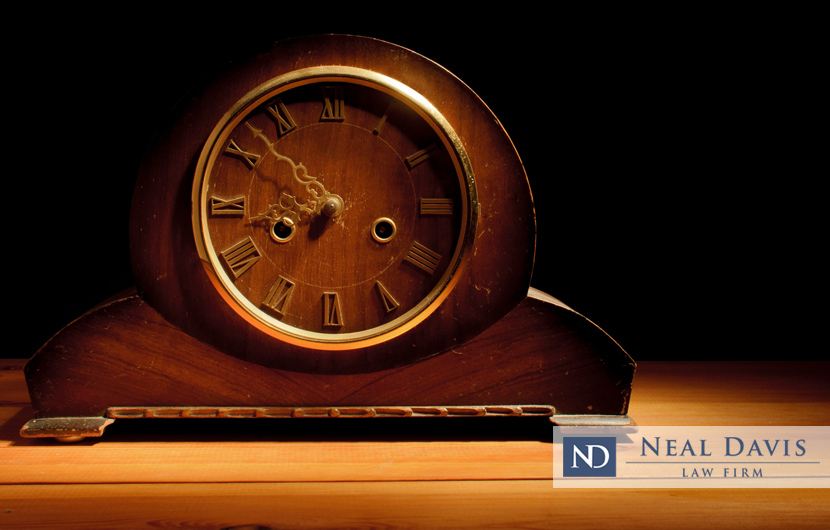 You may have heard that actor Danny Masterson was charged in Los Angeles with 3 counts of rape dating back to 2001 and 2003. California has no statute of limitations for rape, meaning a person could be charged at any time, even if decades have passed, as happened with Masterson of the TV series That ‘70s Show.

But what is Texas’ statute of limitations for rape or other sex crimes?

First, you should understand that a statute of limitations sets a time frame within which you can be charged with a crime. After that time has passed, you no longer can be charged.

These time limits exist so a person won’t have the possibility of a charge hanging over their life indefinitely. Instead, there’s an expiration date after which a person cannot be prosecuted.

Such time limits vary, depending on the crime.

Under the Texas Code of Criminal Procedure, you cannot be charged with sexual assault or aggravated sexual assault if the alleged attack occurred more than 10 years ago.

So if Masterson and his alleged crimes had been in Texas, he could not have been charged with rape on June 17, 2020, since the alleged rapes occurred more than 10 years earlier, exceeding Texas’ statute of limitations for rape.

Texas’ statute of limitations for sexual assault was even shorter in the 1980s when no charge could be filed if the alleged crime occurred more than 5 years earlier.

Exceptions to Texas’ laws on rape: sex assault of a minor

There are some exceptions to such time frames in Texas’ laws on rape and other sex crimes. That’s largely because Texas sex crime laws are much harsher when the crime involves a minor under the age of 18.

(The age of consent in Texas is 17. Since minors under 17 cannot legally give consent to sexual activity, having sex with such a minor is considered non-consensual in Texas and is deemed statutory rape even if the minor agreed to it. The charge may be sexual assault, aggravated sexual assault or indecency with a child.)

A 20-year statute of limitations applies if the crime is the sexual performance by a child, burglary with the intent to commit sexual assault of a child, or aggravated kidnapping with the intent to violate or abuse a child sexually. But keep in mind that the 20-year period doesn’t begin until the victim reaches 18, rather than on the date of the alleged crime.

In cases of an improper relationship between a teacher and a student, the time limit is only 3 years after the alleged incident. After that, no charge can be filed.

Exceptions to Texas’ laws on rape: sex assault of an adult

Other exceptions do not involve children.

For instance, the statute of limitations does not apply if there is evidence that the defendant committed the same or a similar sexual assault against 5 or more other victims. In such cases, the time during which a charge can be filed is unlimited.

The statute of limitations is also void if the victim was physically or mentally incapacitated, or if the defendant disfigures, wounds or maims the victim during the sex crime.

Also, a new Texas law went into effect Sept. 1, 2019, which voids the 10-year statute of limitations for sexual assault on an adult if the victim was subject to a DNA exam that never was tested. Prosecutors can now pursue such cases until the DNA is tested, regardless of how long it’s been. The law was written in support of a woman whose rape kit wasn’t tested for 20 years.

How a Texas sex crime defense attorney can help

As a defendant, you should know that invoking a statute of limitations to avoid criminal prosecution is your right when the legally specified time after an alleged offense has passed.

You can protect this right and other legal rights by engaging an experienced criminal defense lawyer for cases in Houston, Harris County, Sugar Land, Fort Bend County, The Woodlands, Conroe and Montgomery County.

Contact the Neal Davis Law Firm for a legal review of your case. You may be able to avoid criminal prosecution thanks to a Texas statute of limitations which works in your favor.