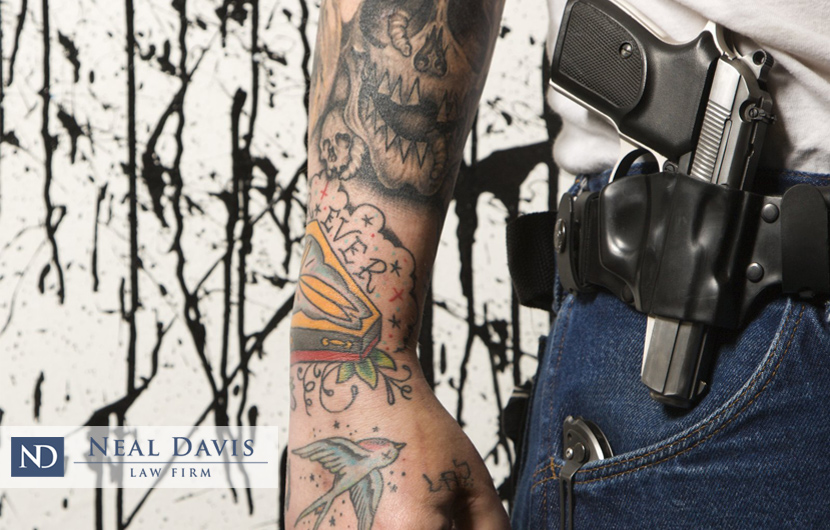 If you now face or have faced a charge of domestic violence in the Houston area, you may be wondering how domestic violence laws in Texas can impact your ability to own a firearm. In this article, we provide some answers to this common question about gun ownership laws in the Lone Star State.

First, persons convicted of some domestic violence misdemeanors are prohibited by Texas law from possessing firearms for 5 years after their release from confinement or community supervision. That applies mostly to persons who were convicted of a Class A misdemeanor assault for intentionally, knowingly or recklessly causing bodily injury to a member of their household or family.

By Texas law, “family” can include foster children, foster parents, former spouses, persons related by blood and persons who are parents of the same child. A member of a household can include persons who currently or formerly lived together in the same dwelling.

Texas law also largely prohibits persons from possessing firearms while they are subject to domestic violence-related protective orders issued in Texas or some other jurisdiction. Such firearm-prohibiting protective orders include final and temporary orders to protect family members and household members, dating partners and victims of trafficking, stalking and sexual assault.

Further, Texas Penal Code Chapter 46 on weapons prohibits such persons from possessing firearms only after they’ve received notice that they are subject to a protective order. It also requires that every protective order communicates the unlawfulness of the recipient possessing a firearm or ammunition.

In addition, in many cases, courts are directed to suspend concealed-carry licenses from persons who are subject to a protective order.

Keep in mind that Texas law does not require background checks for private sales of guns among individuals or at some gun shows. Even so, a domestic violence conviction can make it illegal for a convicted person to possess a firearm for 5 years after their release, regardless of how they obtain it.

Exceptions to the firearm ban

For one, the Texas firearm prohibition does NOT apply to people who are convicted of violent assaults against a former or current dating partner, unless the defendant had been married to or lived with the victim. It also doesn’t apply to persons convicted of threatening a family member or household member with imminent violent injury.

Also, though domestic abusers in Texas who are subject to this law are prohibited from having firearms for 5 years after their release, a wider federal law tends to permanently prohibit persons convicted of domestic violence misdemeanors from owning firearms. In that context, the Texas law is lenient.

Statistics make it clear why special provisions were made to prohibit firearm ownership by persons convicted of domestic violence.

According to the organization Texas Gun Sense, 92 percent of women murdered in Texas knew their killer. Of those, almost three-fourths had been either a wife or girlfriend of their killer.

The organization further reported that 174 women were killed by men in Texas in 2018, and almost 60 percent of them were killed with a firearm. Of those murders, 42 were in Harris County, the home of Houston, making the county rank highest in the state for such killings.

Also, domestic violence cases are rising in the Houston area during the sheltering-in-place confinements of the COVID-19 pandemic.

Even before that trend, you can see why a domestic violence conviction has been among the most frequent reasons for denying an application to purchase a firearm.