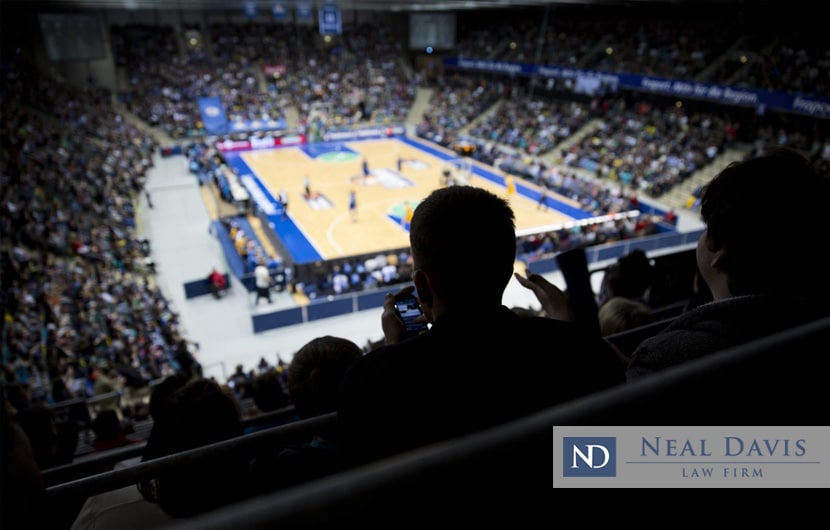 Eighteen former players of the National Basketball Association have been charged with fraud for illegally taking roughly $2.5 million from the NBA’s health and welfare benefit plan.

According to an ESPN report, the former players’ 3-year-long scam began in 2017 and involved claims of fictitious dental and medical expenses for procedures that never occurred.

FBI agents in 9 states arrested the former players and 1 of their wives for fraud.

An indictment returned in Manhattan federal court claimed the ex-players collaborated to defraud the league’s supplemental coverage plan by submitting fraudulent claims and then getting reimbursed for medical and dental procedures that never happened.

Strauss said the conspiracy was led by Terrence Williams, a first-round draft pick by the New Jersey Nets in 2009. He also played for 3 other teams during his career, including the Houston Rockets, before retiring from basketball in 2013.

An indictment claimed that Williams first submitted $19,000 in fraudulent claims for chiropractic care to the NBA’s healthcare plan—funded primarily by NBA teams—in November of 2017. Those claims allegedly led to a $7,672 payout for Williams.

The indictment also claimed that Williams then recruited other former NBA players to defraud the plan, a process which included fraudulent invoices from a dentist and a chiropractor in California, as well as a wellness office in Washington state. Some of the former players allegedly paid Williams kickbacks for his help.

By 2020, the scheme allegedly led to false claims of around $3.9 million in that year, with the defendants receiving about $2.5 million for those claims.

Strauss said each of the defendants made false claims for healthcare reimbursements, and these claims ranged from $65,000 to $420,000.

Another former player who was indicted was Tony Allen, a member of the 2008 NBA champion Boston Celtics, whose wife also was indicted.

Glen Davis from the Celtics was also charged, as were Shannon Brown of 2 title-winning Los Angeles Lakers teams and Melvin Ely of 2007 NBA champions the San Antonio Spurs.

Authorities said most of the former players had journeyman careers—that is, they played for several teams without becoming stars. Even so, the 18 players combined to make $343 million in their on-court NBA careers, not counting outside income from endorsements or playing overseas.

Even though white-collar crimes are not violent offenses, they can still result in prison time.

All 18 former NBA players were charged with conspiracy to commit healthcare fraud and wire fraud, a white-collar crime that carries a potential penalty of up to 20 years in prison.

Michael J. Driscoll, head of the FBI’s office in New York, said the case demonstrates the FBI’s ongoing focus on uncovering fraud scams—scams that reportedly cost the healthcare industry tens of billions of dollars each year.

Get a healthcare fraud defense lawyer

If you or a family member in the Houston area faces a healthcare fraud charge—which can be a civil or criminal charge, and a state or federal charge—your legal rights must be protected. You need an experienced, knowledgeable and skilled healthcare fraud defense lawyer for your case.

Greater Houston is reportedly among 9 areas in the country which the FBI is closely monitoring for possible healthcare fraud. But not all persons rounded up by zealous law enforcement authorities are guilty of such fraud.

Regulatory compliance laws are now increasingly complex and strict for medical billing, referral services and charges to Medicaid and Medicare. As a result, some alleged Medicare fraud is not, in fact, fraud.

The Neal Davis Law Firm is committed to providing Americans with a defense for healthcare fraud charges. In fact, Davis has received honors in the legal profession for his handling of white-collar crime cases.

Contact us today about your healthcare fraud case or any other need for white-collar crime defense, and let us help. We can start by arranging a confidential consultation for your case. Then, you can decide how you want to proceed.

Dismissed!
Criminal Defense  |  Houston
Charges were dismissed for possession of marijuana case
"I just wanted to thank you again for all you've done for our family. We are just leaving ..."
Mother of Client S.Y., Verified Customer
COVID-19 NOTICE: Our lawyers and legal team are fully prepared to continue handling all cases and giving them proper attention. Contact us 24/7. For court information update, visit: Harris County Criminal Lawyer Association’s court updates