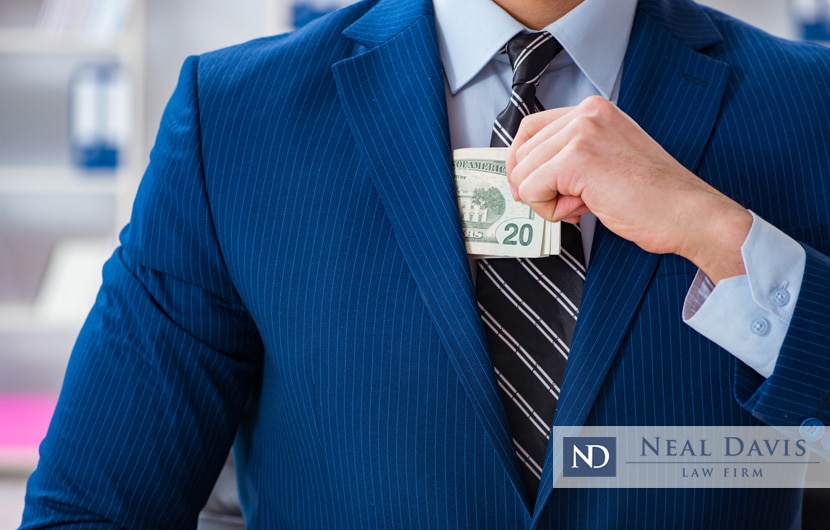 You may wonder if you can go to prison if you or a family member faces an accusation or charge of theft, embezzlement, money laundering, fraud or some other white-collar crime. Depending on the nature and circumstances of the accusation or charge, the answer is: Yes, you can.

Indeed, non-violent offenses known as white-collar crimes can get you sent to prison just as surely as violent robberies, murders or assaults. White-collar criminal convictions also can lead to offenders being ordered to pay many thousands of dollars in restitution to victims.

Take the case of a Bay City, Texas, woman who is being sent to federal prison for defrauding a company for which she’d worked for almost half a million dollars.

The woman, 47, pleaded guilty to the crime in April of 2022. This month she was sentenced to serve 27 months in a federal prison. Sentencing was handed down by United States District Judge Jeffery V. Brown of the U.S. District Court for the Southern District of Texas.

As part of Brown’s sentencing, the woman will have 3 years of supervised release, or probation, following the completion of her prison sentence. She also was ordered to pay more than $450,000 in restitution to the victims of her crime, including the owners of the family-owned business McAda Drilling Fluids, Inc. and its employees.

The woman had been allowed to remain out of jail on bond and then voluntarily surrender. Now she will enter a U.S. Bureau of Prisons facility, the location of which has not yet been determined.

During the sentencing process, the court considered “victim impact statements,” which revealed the profound effects that her embezzlement had on such persons.

U.S. Attorney Jennifer B. Lowery said the woman took the money while the company was struggling financially. In fact, its president had declined to take a paycheck for 2 years in order to keep the business’s employees on the payroll.

The woman was one of those employees, having worked as an accountant for the Bay City-based business, where she handled deposits, bill paying and accounting.

According to a news report by KPRC Channel 2 at Click2Houston.com, McAda’s president had spotted withdrawals linked to the woman’s credit card while reviewing the company’s accounts in 2018.

An investigation showed that she’d made 67 wire transactions from the company’s accounts to pay off her credit card bills of nearly half a million dollars. Many withdrawals were for $4,000 to $12,000, but one was for $22,000. These withdrawals were made over the course of 4 and a half years.

The total of the amounts led to the court ordering her to pay $450,648.04 in restitution to victims of the embezzlements. 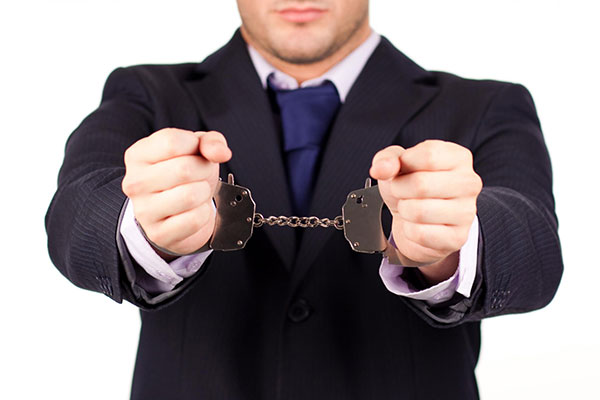 What penalties do white-collar defendants in Texas face if convicted of a non-violent offense? Read these 5 white collar sentencing factors…

White-collar criminal convictions can hurt in many ways

A conviction for a white-collar crime not only can lead to prison time, fines and payments of restitution, but it also can severely damage a person’s reputation and career for the rest of their life.

That’s why it is vital that you engage a skilled, knowledgeable and experienced white-collar criminal defense lawyer to handle your case.

You may face a federal or a state charge for a white-collar crime. Such crimes can take many forms, but essentially they involve financially driven, non-violent criminal activity by an individual or a business.

Feds are cracking down on white-collar crime

Federal authorities are cracking down on white-collar criminal activity. The U.S. Department of Justice announced last October that it intends to pursue more individuals involved in white-collar and corporate crime.

“Accountability starts with the individuals responsible for criminal conduct,” Deputy Attorney General Lisa Monaco said in a speech to a forum of the American Bar Association. “We will urge prosecutors to be bold in holding accountable those who commit criminal conduct.”

The Neal Davis Law Firm can face and challenge such boldness. Our law firm stands ready to help you, starting with an evaluation of your case.

If you or a loved one in the Houston area faces a claim or a charge of a crime such as embezzlement, theft, money laundering, insider trading, counterfeiting, extortion, healthcare fraud, credit card fraud or insurance fraud, you must get the best white-collar criminal defense attorney you can find to protect your legal rights.

Houston’s Neal Davis Law Firm, which also serves clients in Sugar Land and throughout Fort Bend County, and in The Woodlands and through Montgomery County, has been consistently recognized and honored for its work representing Americans in white-collar criminal cases.

Each year since 2015, Neal Davis has been listed among the top 5 percent of defense attorneys in America for handling cases involving white-collar crimes. These ongoing honors have come from the publication Best Lawyers in America and have been determined by confidential peer reviews, with no payment or contributions by the honored attorneys.

Contact us today to arrange a confidential review of your white-collar criminal offense. Your freedom and your reputation may depend on it.