How NOT to Respond to a False Sex Crime Allegation

Studies show that up to 10 percent of sex crime allegations made to police are false.

If you face such a false claim of rape or another sex crime, how you respond is vital because sex crime charges and punishments are serious and can lead to years in prison and heavy fines if not properly handled.

Unfortunately, it’s not enough to know what you should do if falsely accused of a sex crime. You also should know how not to respond to a false sex crime allegation.

For this reason, finding a law firm near you who focuses on your type of case is one of the first things you should do when you stand falsely accused. For residents of Houston, Harris County, Montgomery County and Fort Bend County, consider engaging a knowledgeable sex crime defense attorney at the Neal Davis Law Firm.

Sex crimes are too serious to do otherwise.

How Not to Respond to a Sex Crime Claim

Have you been falsely accused?

This is likely a frightening time in your life, and you may be wondering how you can get a handle on the situation. This urge to take action is a good force, but it can sometimes lead defendants to make costly mistakes that harm their case.

While you seek out a criminal defense attorney to represent your case, keep in mind the following things that you should avoid doing at all costs when fighting against a false sex crime claim:

Understand the Nature of Sex Crimes

It’s also important that you understand the nature of the claim and the charge it could bring. Our sex crime defense attorneys can help you with that, too.

Under Texas law, sex crimes can widely vary — from indecent exposure to aggravated sexual assault of a child. Sex crimes against children bring especially severe charges and punishments. How you and your attorney respond to a false sex crime accusation may depend on the severity of the false claim.

Know the Motivations Behind a False Claim

Keep in mind that the person who makes a false sex crime allegation may do so for any number of reasons. It’s important that you and your lawyer understand those reasons in order to combat the false claim.

One explanation may simply be confusion over a simple misunderstanding or a misinterpretation of events. Others may have been intoxicated at the time of the alleged crime and are uncertain about the facts.

Or some alleged victims may have had consensual sex and later regretted it. This often takes place with teenage girls who face shame and instead decide to claim that a rape occurred. 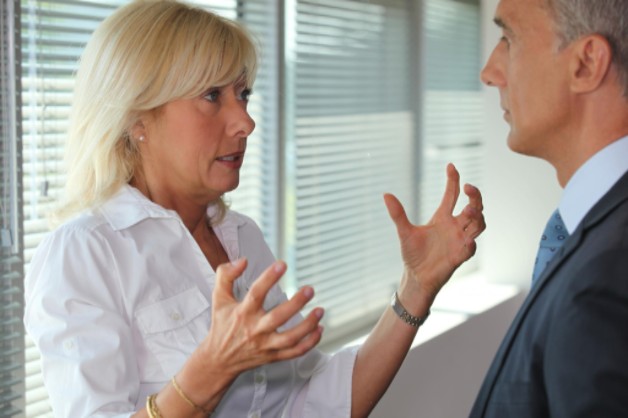 Others may be fully aware that the alleged sex crime never occured, but they might still make the claim for ulterior motives such as revenge against the defendant or gaining leverage in a child custody dispute or some other legal proceeding.

With such possible reasons for a false claim in mind, you can see why it’s important to determine, if possible, the motivations behind the false claim and how to respond accordingly.

That determination should be made by your sex crime defense attorney who, like an investigating law officer, can study the nature of the claim and determine if it has merit, while armed with your own account of the alleged incident.

Why Credibility of the Claimant Matters

Unlike police, your defense attorney is more likely to consider things such as the  reputation or credibility of the claimant, given their past history and their relationship to you. For example, if the claimant has a criminal history or some other background which might cast suspicion on their story of events, this can be determined and taken into account.

A false allegation is not necessarily a lie. As noted, persons may make a false claim for a variety of reasons, including misunderstandings. A lie occurs when the claimant knows full well that their claim is false, but makes it anyway. This deception may be considered a crime in itself.

Related reading: Is It a Crime to Falsely Accuse Someone of a Sex Offense?

The Dangers of Mob Mentality

Such processes and sex crime defense strategies are especially important given the current social and political climate towards alleged sex offenders. The ongoing #MeToo movement has resulted in many alleged victims making claims of sex crimes — sometimes years after the incident — spurring a “rush to judgment” after such claims are made.

An accusation by one person, no matter how unfounded, can lead to immediate public outcries against the defendant before any due process has occurred. Accused men can then lose their jobs and social standing immediately, not to mention face possible fines and imprisonment.

Indeed, the presumption of innocence, which is a hallmark of our legal system and is written into Texas law, often gets trampled following such accusations.

The book False Accusation of Rape: Lynching in the 21st Century by longtime lawyer John Davis examines this very problem of false sex crime claims. Davis equates what he considers “contemporary rape hysteria” with the lynchings of 10,000 black men from the late 1800s through the early 1900s, after similar false claims during the so-called Jim Crow era.

Davis argues that there is a “lynch mob mentality” today toward all men accused of sex crimes — a mentality that is fostered, he says, by the government itself. His book has been credited as a “sadly necessary handbook for men falsely accused of sexual assault.”

Get a Sex Crime Defense Attorney

At Neal Davis Law Firm, we understand these needs more than most and can fight back for your innocence to ensure that justice prevails.

Contact us today and you will quickly receive a confidential legal review of your case — and at no obligation to you. Then, you can decide how you want to respond, keeping in mind that knowing how not to respond to a false sex crime allegation is just the start.