As in many things, context is important when allegations of sex offenses are involved.

Answers to these these questions and many other factors can explain why someone would falsely accuse another person of a sex crime.

Defendants standing accused of a sex crime they didn't commit need experienced legal help to avoid being charged with a crime — or if charges already have been filed, to get such charges dropped or dismissed.

Neal has successfully helped many clients avoid charges or get their charge reduced or dropped entirely. Contact the Neal Davis Law Firm today for a confidential legal review of your case.

The media-fueled hysteria of the #MeToo movement encourages many women to come forward and report sexual abuse and sexual assaults which previously they had been afraid or reluctant to report. These reports often have involved high-profile men in business, sports, politics, and entertainment.

Many such allegations are based on facts and should be addressed. The #MeToo movement has been highly successful in helping remove some of the social stigma about rape and refuting the concept of "rape myths." That concept involves culturally established prejudices and stereotypes toward sexual assault and rape, including the unjust idea that a woman "asked for it."

But not everyone accused of a sex crime is guilty, by any stretch of the imagination. And rape, assault and other sexual abuses are too serious a crime — with too severe penalties — to allow prosecution and punishment of those unfairly and unjustly accused.

The ensuing flood of sexual assault and sexual abuse claims, charges, and accusations since #MeToo became a highly publicized movement can cast too wide of a net for alleged sexual criminals.

A person can have any number of varied and complex ulterior motives to lie to police and falsely accuse another person of a sex crime like sexual assault, abuse or rape. These underlying motivations often result from a need to alleviate social and personal distress. 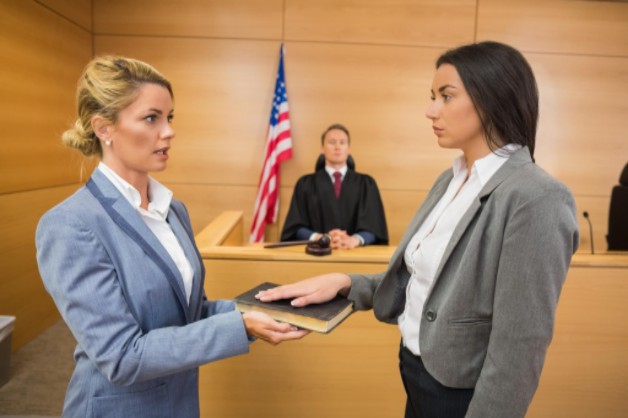 What is Rape and What is Not?

For example, statistics regularly show that most sexual assaults are perpetrated by someone known by the victim, and not by a stranger. Sometimes the victim and defendant already had a consensual sexual relationship. But at what point did consensual sex turn into rape?

Violence is often the reason attributed to a sex act in order to consider it rape. But what was this violence, and had the activity previously been part of a consensual sexual relationship? Or did the alleged assault occur in the context of family violence?

Also, did the personal nature of the relationship change prior to the alleged assault? Was there an argument or misunderstanding? Did exposure of a consensual sexual relationship to others, such as parents, create a sense of shame?

Were their external societal pressures on the alleged victim leading to the person making a deliberately false claim? Did the victim feel shame, guilt or depression about the sexual encounter and then try to blame the sex on a rape?

Or had the victim and the defendant had an argument or decided to break up? Was revenge a factor? Is an accusation of rape simply a matter of playing the "blame game"?

Other factors include whether there was a significant delay in reporting the alleged event, and if so, why? And did alcohol or other drugs (alcohol is a drug) play a part in the encounter — drugs which the complainant may have been reluctant to mention in reporting a rape?

Were these or other facts concealed by the victim when making the sexual assault claim?

Indeed, many things must be taken into account in assessing whether an allegation of a sexual assault is accurate or is embroiled in complexities including interpersonal animosity, drug use, lack of communication, and societal pressures.

Alcohol & Drug Use Can Cloud the Picture

With alcohol and other drug use, more questions inevitably arise:

One study of college students found a general belief that sexual intercourse involving a woman drunk to the point of incapacity was not considered rape. Legally, it very well can be considered rape, but such attitudes underscore a hazy area for what's perceived as an actual rape and should be reported as such.

Also, whether or not the alleged victim knew the defendant can be a major factor in determining the truth of an allegation. So-called "stranger rape," when the victim didn't know the alleged assailant, is more likely to be considered actual rape than a sexual assault alleged to have been perpetrated by someone known to the alleged victim.

All of these questions and factors can play a part in determining whether an accusation of sexual assault is accurate, or if it's a false allegation. And if the alleged victim lied to police, that in itself can be a crime.

If you or a loved one unjustly face a charge of rape or sexual assault, a knowledgeable sex crimes defense lawyer can help you dispute such false allegations. Notify the Neal Davis Law Firm today and get a legal review of your case.

Contact us as soon as possible. Your future may be at stake.