What To Do If Falsely Accused of a Sex Crime

Do you face a sex crime charge for something you didn’t do? If so, you may be wondering what to do if you were falsely accused of a sex crime. Veteran Houston sex crimes lawyer Neal Davis has answers for you.

First, know that you aren’t alone. False accusations of sex crimes are very common in America.

One study showed that of all the sexual assaults reported to a major northeastern university in 10 years, nearly six percent were found to be false accusations. Other research has indicated that up to 10 percent of all reported rapes are unfounded accusations.

If you are among the 10 percent who are falsely accused, it’s cold comfort that 90 percent of sex crime charges are authentic. Victims of actual sex crimes need legal protection, but those facing false claims of sex crimes also need and deserve protection.

Even if you know the sex crime claim against you is false, you must take it seriously. Many sex crimes involve severe criminal charges, and convictions can lead to years in prison, heavy fines, and loss of good employment prospects if you must register as a sex offender.

Also, even if you’re only accused and not convicted, sex crime accusations can lead to losing your job, losing custody of a child (even if the child wasn’t the victim), losing a professional license, and facing a civil lawsuit for damages claimed by the victim.

What To Do First When Falsely Accused

The first thing you should do if falsely accused of a sex crime is to contact an experienced and knowledgeable criminal defense attorney who can fight for your legal rights. That decision should be made quickly and decisively. Speedy help from a skilled sex crimes lawyer can make a lasting impact on your life when you face a devastating sex crime claim, even if it is false.

Keep in mind that it’s important to contact an attorney immediately. As soon as you learn anything — even a rumor — that you may be accused of a sex crime, get a lawyer.

Your attorney can advise you of what to do and help you prepare a defense against the false accusation. Remember: Anything you say to your attorney is protected by attorney-client privilege. That means such statements are confidential and cannot be used against you in a criminal proceeding.

Do Not Make Any Statements

You should never make any oral, written or recorded statements of any kind to anyone about the alleged sex crime. That includes friends, employers, and even police.

Police? Absolutely. By law, you are not required to make statements to police or other investigating agencies. Simply inform them or anyone else who asks that you must consult your attorney before responding to the sex crime claim made against you. 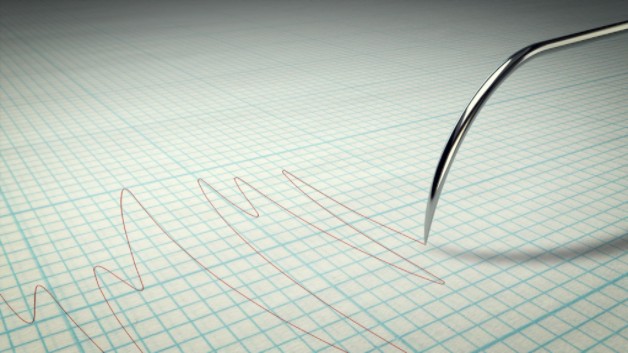 Not responding even includes avoiding making denials that you were responsible for a sex crime. Nor should you assert that you didn’t touch a child inappropriately. Such statements, though they seem to defend you, can be taken out of context and misinterpreted. It’s better to make no statement at all — about anything — than to say something and later regret it.

Also, avoid communicating anything via Internet about a false sex crime claim you face. From emails to social media, such communications can become available to anyone, including  prosecutors who can use them against you.

And whatever you do, avoid having any contact with the alleged victim.

With your lawyer’s help, list as many facts and details as you can about your case, even if they seem small or unimportant to you. Let your attorney decide if such details could provide the means to refute a false claim.

Such a list could include the names of potential witnesses who could testify in support of your claim that you were falsely accused.

You also should gather and preserve any physical evidence, including documents, emails, or other records relating to the alleged victim or to your innocence. For instance, perhaps GPS, an email, or another online entry proves you could not have been present at the date and time of the alleged incident.

You also may suspect reasons why someone falsely accused you of a sex crime. Perhaps a vengeful ex-spouse asserted you committed child molestation in order to gain leverage for child custody and child support. Provide details of such suspicions and any other evidence for your attorney.

False claims of child molestation or other sexually inappropriate contact with a child can be made against anyone, especially persons who have children or come in contact with children through work or other ways.

Such false accusations can be made by a child or an adult. They can be made as a lie or as a mistake, perhaps due to a misunderstanding.

Perhaps an adult misunderstands what a child says to describe an encounter with another adult. Perhaps a child misunderstands something an adult does, or mistakes an adult for someone who looks like him or her.

False claims such as outright lies may be made for a variety of reasons and motivations. Lie-based false accusations can arise when jealousy, vengeance, or legal leverage is involved, as with a divorce, a child custody battle, a teacher-student relationship, a babysitter’s presence, and other scenarios. Or a child may have been coached by an adult on what to say or claim.

Whether based on a lie or misunderstanding, false claims of sex crimes involving children are very serious. A criminal investigation often involves referrals to child welfare agencies. You also could lose your employment or have it suspended, even though you have not been convicted.

Neal Davis Has Helped Many Clients

Experienced Houston sex crimes defense lawyer Neal Davis has helped many clients defend their legal rights in Harris County, Fort Bend County, and Montgomery County. Often, he has been able to get a charge reduced or even dropped before a case goes to trial.

Acting on your behalf, Neal Davis could also try to avoid having a charge being made in the first place. Perhaps the parent of a student you teach complained about you to school administrators. Neal Davis can contact the administrators to fend off that claim before any formal charge is made.

Contact Neal Davis today for a confidential legal review of your case. If you’ve been falsely accused of a sex crime, don’t face that alone. Get Neal Davis by your side and get results.