In the United States, some crimes are federal crimes, while others are state crimes. It's important to know the difference between federal versus state offenses.

If you face a criminal charge and a possible trial, you may be wondering “What’s the difference between state court and federal court?” Veteran Houston criminal defense lawyer Neal Davis has your answer:

“Federal courts were created under the United States Constitution and have jurisdiction over criminal cases which the federal government brings against a defendant,” Davis says. “Texas state courts are created under Texas statute, and the state brings charges against the defendant.”

The jurisdiction of state courts is broad, ranging from minor traffic violations to family disputes, robberies, broken contracts and many serious felonies. Most cases involving most citizens are tried in state courts.

Whether your case belongs in state court or in federal court, you can contact Neal Davis today for a legal review of your case.

At times, federal and state courts may share jurisdiction over certain cases. The parties involved in such matters can choose whether to take them to state or federal courts. Such things occur when state and federal laws overlap, which happens often when federal laws stem from the Commerce Clause.

Known as “concurrent jurisdiction,” such shared federal and state jurisdiction can have significant impact on a case.

Though the Constitution’s Fifth Amendment shields citizens from so-called “double jeopardy,” meaning you can’t be put in jeopardy twice for the same offense, matters in shared or concurrent jurisdiction can provide rare exceptions. That is, if you are tried and acquitted of a state charge, federal prosecutors still could bring the charge to a federal court.

How can this be?

It’s because the double jeopardy clause of the U.S. Constitution only prevents multiple prosecutions by the same “sovereign” (possessor of power or control). Federal and state governments are considered separate sovereigns, so each can prosecute for the same crime.

Houston criminal defense attorney Neal Davis is working to strike down the dual sovereignty option by petitioning the U.S. Supreme Court in the case of former Beaumont ISD contract electrician Calvin Walker. Walker's federal trial on charges of fraud and money-laundering ended in a mistrial, and now state prosecutors want to try him again, which Davis is working to prevent.

Federal courts also have jurisdiction to hear cases involving state laws when a state law is argued to be in violation of the U.S. Constitution.

Most crimes are state crimes and tried in state courts, which handle the vast majority of criminal cases. In fact, among cases filed yearly in the United States, around 30 million reside in state courts, while only about one million are in federal courts.

State crimes include numerous offenses which happen all too often, such as robbery, arson, murder, rape, theft and burglary. Federal crimes fall under fewer classes or classifications, since they must involve a national or federal interest, as in counterfeiting.

Though most crimes, such as robbery, are state crimes, occasionally robbery is a federal crime - as when a bank is robbed and its deposits are insured by a federal agency.

Provisions for such things come from the federal criminal code. It covers many criminal offenses that are customarily addressed at the state level, including violent offenses such as homicide, kidnapping and assault. Non-violent financial crimes also are included. 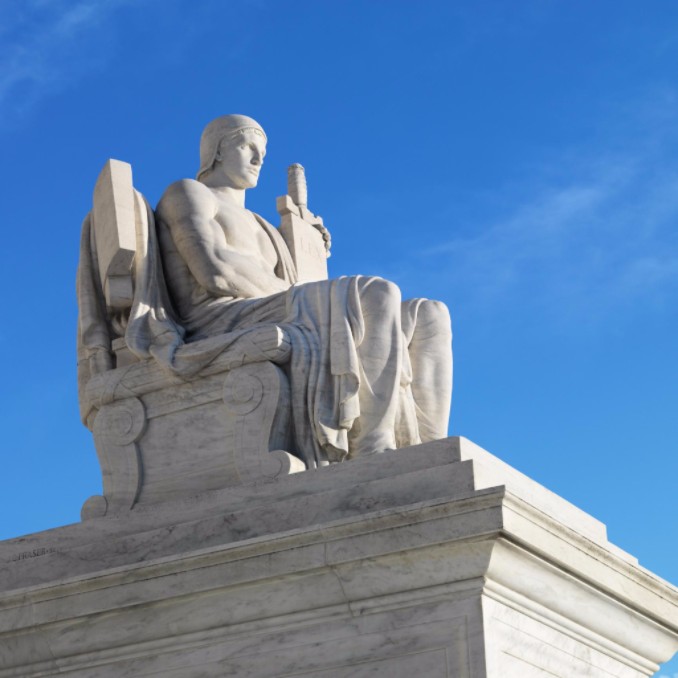 In addition, crimes committed on federal property are considered federal crimes. Such property can include federal prisons or courthouses, as well as national parks, Native American reservations and the District of Columbia.

Federal crimes also include identity theft, using the U.S. postal system to swindle people and drug trafficking, which includes transporting illegal drugs into the U.S. or across state lines.

Interstate commerce or crossing state lines involves federal authority, particularly in regard to laws about firearms or drugs, as well as mail and wire fraud.

Federal courts include district courts (trial courts) and circuit courts (the first level of appeal), which are located throughout the nation as well as the U.S. Supreme Court in Washington, D.C. State courts exist throughout a given state.

Defendants should seek legal help from a criminal defense law firm with experience in whichever court their charge is filed in. A lawyer knowledgeable in both state and federal court systems is the best option.

State and local enforcement of criminal laws is largely handled by such entities as city police departments, county sheriff’s offices and state authorities such as (in Texas) the Texas Rangers and the Texas Department of Public Safety.

Federal law enforcement can be handled by many agencies which have powers to investigate federal offenses. Which agency is involved may depend on the nature of the offense.

Among these agencies are:


Penalties for state and federal crimes can vary. Most federal judges follow federal sentencing guidelines when it comes to handing down a sentence to a defendant. In general, federal penalties are more severe than state penalties, even for comparable crimes.

For example, mandatory minimum sentences for some federal drug crimes can be extremely severe.

Persons who are convicted of a federal crime and receive a prison sentence are taken to federal prison. Persons convicted of a state or local crime may serve time in state prisons or local jail facilities.

If you are a defendant in a state or federal criminal charge, rest assured you can get in touch with an experienced and knowledgeable criminal defense lawyer by contacting the Neal Davis Law Firm, which serves the Houston area as well as all of Harris County, Montgomery County and Fort Bend County in Southeast Texas.

Contact the Neal Davis Law Firm today and you will receive a legal consultation for your case.