Can Police Search My Car Without a Warrant?

Reports of arrests at minor traffic stops may have you wondering, "Can police search my car without a warrant?" Veteran Houston criminal defense lawyer Neal Davis has your answer.

As an American, you have constitutional rights protecting your privacy. Under the Fourth Amendment, police cannot search your car without a warrant, permission from you or a valid reason.

For instance, if police stopped you for a minor traffic violation - which is a legitimate reason to stop you - they still would not have the authority to search your car’s trunk, glove box or elsewhere.

Also, if you were arrested and that arrest was found to violate your Fourth Amendment rights, given lack of a search warrant or probable cause, any evidence collected by searching your vehicle would not be allowed at trial.

“Probable cause” means police have evidence or facts which indicate a crime has been committed. A hunch or a gut feeling is not probable cause, nor is arbitrary belief in a driver’s guilt, perhaps based on ethnic or racial profiling. Probable cause must be based on facts indicating a crime.

Police also can’t pull you over and search your car at random, just to meet some sort of quota. However, police are allowed to stop vehicles arbitrarily when that’s part of procedures for “checkpoints,” as when every third or fourth car is stopped to ensure valid registration.

Police Can Search Your Car

Essentially, the Fourth Amendment protects you against unreasonable government intrusion. But it doesn’t cover everything - and it doesn’t mean police never can search your car.

In fact, police tend to be granted more authority by the courts to search vehicles than to search residences, even though the same Fourth Amendment protections apply. That’s because drivers are believed to have a lower expectation of privacy in a car on public streets than they have at home.

Also, the U.S. Supreme Court has ruled that police can search a vehicle without a warrant if such a search is “reasonable” given the “circumstances.”

What circumstances would allow a police search? These include:

Police also can search an impounded vehicle, even without a search warrant. By virtue of towing and impounding your vehicle - for any reason, even including a mere parking violation -- police have authority to search it.

In fact, they can open locked glove compartments as well as any locked items in your vehicle and search to their heart’s content.

But police do not have authority to search an impounded car if the only reason for towing and impounding that vehicle was to search it. 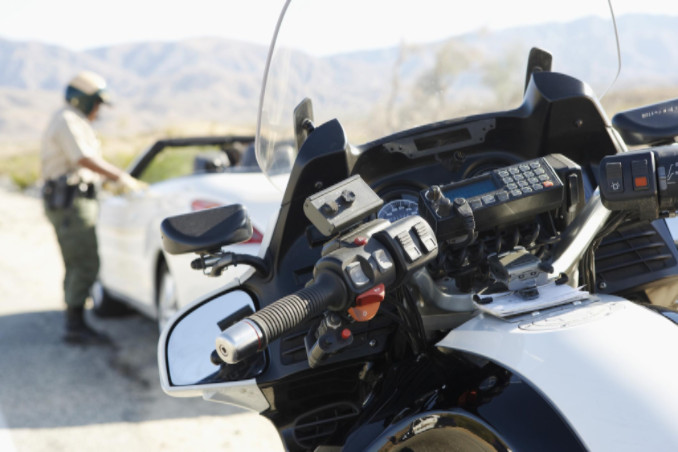 If Police Stop You, What’s Next?

If police do stop your vehicle, you may be wondering what’s next. Often an officer asks that a driver exit the vehicle, though legally you don’t have to do so. However, you probably should step out of the vehicle anyway as a sign of cooperation and good faith.

This doesn’t mean you have to let police search your vehicle. You do not have to give such consent.

Police also have a right to ask for your name and identification. But police do not have a right to keep you at the scene any longer than it takes to handle the reason for stopping you -- which may have been a minor traffic violation-- thanks to a Supreme Court decision in 2015.

You shouldn’t have to wait for a police dog or other police to show up. You can ask to leave and should be allowed to do so.

Even so, keep in mind that it’s best to be polite and not belligerent when dealing with the police - even if you refuse to allow a search.

What If Police Have a Search Warrant?

But what about if police have or obtain a warrant to search your vehicle? What then? Do you lack any legal rights?

As Neal Davis knows, you do still have rights even if police have a search warrant.

For instance, if police want to search for a gun in your vehicle, they can look under the seats or in a glove box, but they do not have a right to search in a place too small to conceal it, such as an ashtray.

Perhaps the search warrant specifies one thing, such as weapons, and police find something else, such as illegal drugs. What then? It’s not good news. The drugs also would be admissible as evidence in an illegal drug case against you.

But you do have a right to use your cell phone to take videos of a police search. That way, perhaps it could be established later if the search was handled improperly.

How to Avoid Police Searches of Your Car

As for how you can avoid police searches of your car, the best way is to avoid giving police any reason to stop you in the first place.

That’s why it’s important to make sure your car’s taillights, brake lights and other features function properly. Also, make sure your auto registration sticker is current. And obey all traffic laws while driving.

Get a Criminal Defense Lawyer

If you’ve already been stopped and your vehicle was searched for evidence which can be used against you, you should get an experienced and knowledgeable criminal defense lawyer to make sure your legal rights are protected.

Neal Davis has helped hundreds of clients who were unjustly arrested by police, perhaps after an illegal search of their vehicle. He knows how to establish your constitutional rights as protections against an illegal search and seizure by police.

Notify Neal Davis today and you’ll receive a legal review of your case - and at no obligation to you.