What is the Punishment for Shoplifting in Texas?

Did you know you could be charged with a felony offense for shoplifting? Receiving a serious felony charge instead of a misdemeanor charge depends on the amount taken from a store.

Clearly, it’s important to understand the penalties for shoplifting in Texas if you or a loved one have been charged. Let us help.

Under Texas law, shoplifting is another form of theft. Thus, Texas shoplifting laws are found in the state statutes regarding theft.

Theft is committed if a person “unlawfully takes or appropriates property with the intent to deprive the true owner of that property.” Theft is unlawful if it’s done without the owner’s consent, or if you take property which you know already has been stolen.

Writing a bad check which “bounces” for no payment is theft. Taking an item from a drugstore without paying is theft. Changing price tags on some clothing so you can pay less for it in a store is theft. All such things involve taking something unlawfully which doesn’t belong to you.

As for the penalties or punishments for shoplifting in Texas, these vary depending on the amount that is taken and can result in a misdemeanor or a felony charge. All such shoplifting offenses are considered theft.

The penalties for shoplifting offenses can involve fines and jail time. Such shoplifting penalties are listed in the table below:

Theft Charges in Texas: How to Get them Dropped

An experienced theft defense attorney such as Neal Davis can work to arrange a “plea bargain” with the prosecutor involved in the case. This means that, in exchange for a plea of guilty and thus avoiding the need for a trial, the prosecutor might agree to reduce the shoplifting charge or punishment. 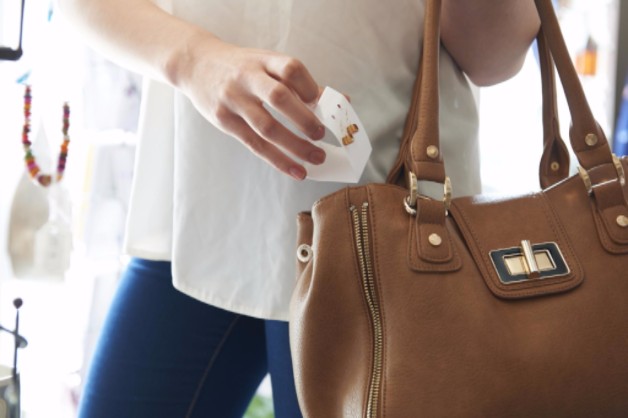 Also, the county in which you live may provide what are known as “pretrial diversion programs.” Such programs allow some persons who are accused of low-level, first-time crimes to avoid criminal prosecution by agreeing to take and complete a diversion program.

These programs often involve community service, restitution or counseling for the duration of a probationary period set by the court. When such programs have been completed, the criminal charges are dropped.

Expunction of a Shoplifting Criminal Record

Not only that, but beyond having the criminal case dismissed, the defendant would have the chance to have his or her case expunged, or removed entirely from his or her criminal record. That could prove valuable in future job searches when a criminal record could prevent a person from getting job.

Harris County, Texas does provide pretrial diversion programs for some first-time offenders. However, if you have an existing history of shoplifting, such a program would not be available to you and you would still face a criminal charge as a multiple offender. In fact, even if you had a previously dismissed criminal case, that could prevent you from having pretrial diversion as an option for a first-time shoplifting charge.

If, instead, you qualify for a pretrial diversion program in Harris County, Montgomery County or Fort Bend County for a misdemeanor shoplifting charge, you can seek an expungement of your criminal record immediately after you complete the program and your case is dismissed.

It normally takes around 60 to 90 days after your arrest date to be accepted into a pretrial diversion program. After completing the program, you could possibly get your record expunged within eight or nine months after being arrested.

With help from your shoplifting defense lawyer, you also can seek other defenses against a shoplifting charge if you go to court to face such a charge. That would depend on the individual circumstances of your case.

Get a Texas Theft Defense Attorney

Clearly, you should hire a knowledgeable Texas shoplifting attorney to handle your case. Such an attorney is skilled Houston criminal defense attorney Neal Davis.

Contact the Neal Davis Law Firm today for a confidential legal review of your case and a full understanding of Texas penalties for shoplifting. Then, make the right decision about hiring the right defense lawyer for a shoplifting charge. Your freedom and your financial independence depend on it.