State and Federal drug crimes include possession and "trafficking" (manufacture or transport). In Texas, possession means intentionally having a controlled substance. A person is guilty of manufacturing or delivering drugs if they knowingly make or carry drugs, or possess drugs with intent to deliver. Penalties vary based on the type of drug, the amount involved, and prior convictions. Misdemeanor possession might lead to six months in jail and a $2,000 fine. Felony possession with intent to distribute is a felony that could lead to 10 to 99 years in prison and a fine up to $100,000. Federal charges usually involve crossing state lines or criminal conspiracy. These carry mandatory prison terms depending on the type of drug, amount, and other factors. Under Federal law, possessing 500 grams of cocaine, 50 grams of methamphetamine, or 1000 kilograms of marijuana have a mandatory minimum sentence of 10 years in prison.

Both Texas and US law allow seizure of property associated with criminal activity. "Forfeiture" can apply to cash, cars, firearms, personal belongings, and houses or land bought with the proceeds of criminal activity. Under certain circumstances, a government can even seize property involved in an illegal activity, such as a truck carrying drugs.

LEARN MORE IN THE E-BOOK 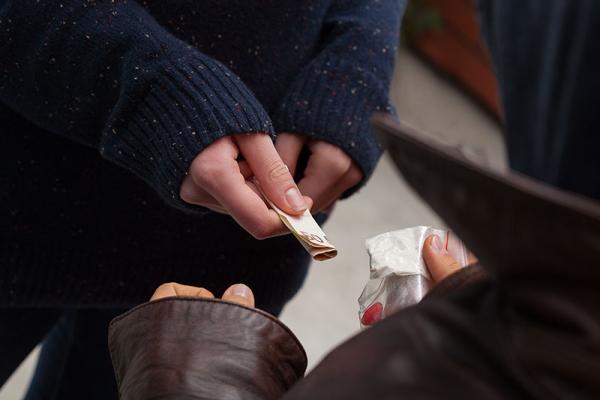 One of the most difficult and frightening things a person can experience is being charged with a drug-related crime. The State of Texas and the United States have officially declared a "War On Drugs" and prosecute drug offenses aggressively. You can't afford to be a casualty of this war.

Cases involving marijuana, cocaine, methamphetamine, prescription drugs, and synthetic drugs are especially popular with law enforcement, since departments are allowed to seize property and can even receive government grants as rewards. Prosecutors wanting to appear tough on drugs take a hard line in these kinds of cases and will refuse to dismiss the charges unless a defense attorney gives them no other choice.

Drug cases require a lawyer with experience building a defense against aggressive law enforcement and prosecutors. Were the alleged drugs not actually illegal? Did police officers violate constitutional rights by performing an illegal search and seizure? Did you even know the drugs were there?

Positioning a drug case for the best possible result also means knowing about unique bond schedules, the special procedural rules for police and cooperating witnesses, and the constantly changing case law on search and seizure.

"My girlfriend and I got into some trouble, and I contacted Mr. Davis. He began to work on our case. One of the attorneys, Tyler Brock, was very helpful. Long story short, they got both our cases dismissed and are now going to get the case expunged! Thank you, Mr. Brock and Mr. Davis!"

At the Neal Davis Law Firm, we believe that everyone has the right to an expert defense. We regularly defend people against drug charges and wrongful forfeitures with favorable results in both federal and state courts. We have won many dismissals, even in cases involving marijuana "grow houses" and large quantities of drugs. Some examples of our many successes:

Want to know more? See our E-book on drug offenses, or contact us to discuss your case.