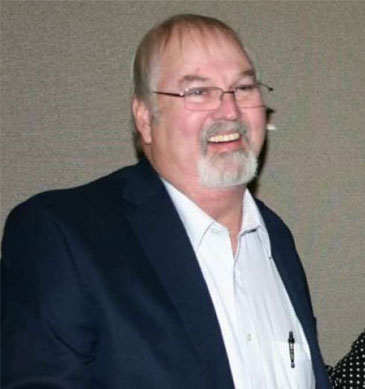 Comedy, drama and greed were headliners as the second day of testimony began Tuesday in the trial against sitting Pct. 1 Liberty County Commissioner Mike McCarty.

As the jury was about to be seated in the jury box, something odd happened - and maybe it was a first in Liberty County history.

Before proceedings began, the judge noticed that there were 14 sitting in the jury box, not the normal 12, plus the alternate. Apparently, a lady had joined the jurors selected to serve on Monday in the jury box.

It turned out that she had arrived for jury duty, for the first time, and not knowing what to do, just followed the rest of them into the jury box. The embarrassed lady was ushered out of the jury box by the bailiff and sent downstairs where they were impaneling a jury for another trial.

The levity in the courtroom quickly turned intense with the testimony of Buck Gordon, McCarty's right-hand man and friend for more than three decades. On Monday, the prosecution offered immunity to Gordon for his testimony.

On Tuesday, however, the 53-year-old Gordon set aside the friendship and testified against McCarty telling story after story of how McCarty had asked him to do jobs for him on county time and also with county equipment.

The Dayton resident told how he would drive to McCarty's house in the Forest Hill subdivision of Liberty in the mornings to pick up the county truck and drive across the street to take care of some 50 head of cattle. On the farm, Gordon said he was paid to mend the fences, feed the animals and haul hay to the barn during county hours and on the taxpayer's dime after originally separating the two roles early in McCarty's term of office. Eventually, Gordon alleges McCarty told him to put it all on county time.

"I would pick up round bales in Winnie, Dayton and Hardin as I was directed by McCarty," he told the court Tuesday morning with county equipment.

He told the prosecutor that he didn't think it was right, but he never confronted McCarty about it and kept taking a paycheck from the county.

Gordon alleges he left the farm and drove 20 or so miles to a disposal site owned and operated by McCarty in Daisetta to check the levels of the oil and equipment before heading in to work at the Pct. 1 county barn at 349 CR 770 in Raywood.

Gordon described how county employees would also do favors for Randy Humber, a foreman for Pct. 1, who also had a contract for his business, GH Enterprises, also known as the dump.

Gordon said he and a few other county employees also used county vehicles to pick up and deliver a hot dog warmer, commercial ice cream machine, chairs and tables to help in the set up for a birthday party for a friend to McCarty. Gordon billed the county 10 hours on both Friday and Saturday for the work that defense attorneys later showed only took about five hours each day. Gordon was also shocked to learn that he was the only one who had billed the county for the work - none of the other five men who allegedly helped him were paid for the event, but did it as a favor to the commissioner.

Prosecutors also demonstrated a co-mingling of McCarty's personal items and county items at the barn that also raised questions of impropriety including the repairs on his personal John Deere tractor and the lights on his personal goose-neck trailer.

Gordon alleged Humber told him to stop driving the county truck home because people were seeing it and beginning to talk. He says he was instructed by McCarty to use his personal truck and to fill it with county gas.

Again, Gordon said he felt bad about doing it, but he continued.

Gordon had worked for McCarty originally as a contract employee and was promised a full-time job once there was an opening, but the friend's relationship soured before then.

Through a series of events, Gordon said he was offered the full-time job, but he alleges he was being asked to continue to work at the farm and at the disposal site and make less money. He was being paid $20 per hour as a contract employee without benefits, but then offered $16 as a full-time employee with benefits.

"That's it!" he told McCarty and he said he left to go and work for someone else.

It was in the county treasurer's office where he was signing paperwork for his final check to be picked up by his wife, that he told workers there "I'm not working for free and I left," he said.

He also mentioned Triangle Petroleum, McCarty's company, and County Treasurer Kim Harris heard only part of the conversation from her office, but immediately went out to find out what had been said.

Gordon had already left and Harris, concerned that there were some form of improprieties going on, contacted Liberty County District Attorney Logan Pickett who met with the employees.

Then an investigation into McCarty began.

Defense attorney Neal Davis said Gordon only felt bad about it because he had lied about his time cards.

"It was your handwriting on those time sheets, which are government records," Davis asked.

"You took money from the county. You committed theft. You altered government records and tampered with a government document," he said.

Gordon admitted that he was fearful of prosecution and cooperated fully with the Texas Rangers investigation, but was never promised immunity until Monday.

"You felt bad, but haven't repaid the county for the money?" Davis asked, to which Gordon answered, "No."

Davis also asked Gordon about the many gifts that had been given to him by McCarty throughout his friendship with McCarty, even in times when he was down on his luck.

Prosecutors also interviewed County Treasurer Kim Harris who said because of the excessive hours being charged by Gordon to the county when he worked as a contractor, it raised a red flag for the Internal Revenue Service who then ruled Gordon should have been paid as a full-time employee, not as a contract employee. The county was socked with having to pay his payroll taxes as a result.

Long-time employee Jo Bolt testified on Tuesday to overhearing McCarty sending Gordon to do work on his personal businesses during county time. When she questioned about the exorbitant time sheets that continued to exceed 60-70 hours, "I was told loudly by McCarty if I didn't get Buck paid accordingly, it was coming out of my check," she alleged.

During one of the breaks, the Honorable Joe Ned Dean admonished the attorneys to speed things up and keep things moving.

Testimony is continuing Wednesday in the 75th District Court in the Liberty County Courthouse. Check by Thursday morning for the next update.