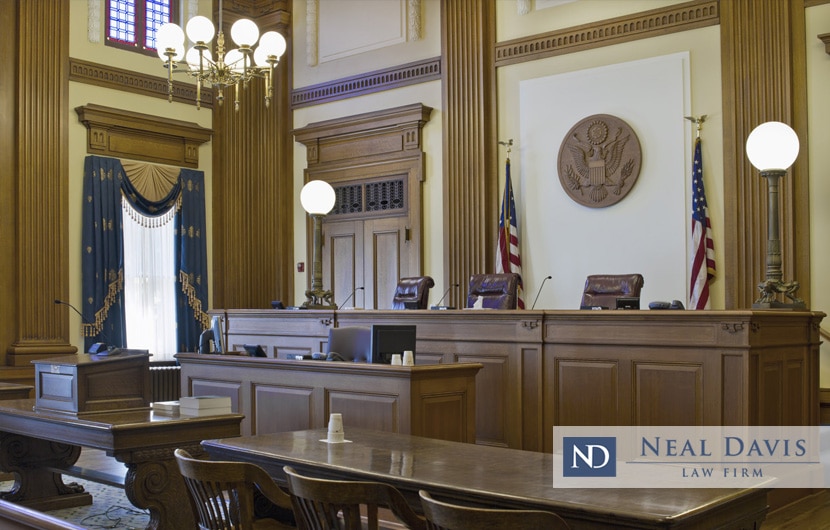 The Neal Davis Law Firm won a huge victory on Tuesday, Oct. 26, 2021, by getting Texas’ child erotica statute declared unconstitutional by the Court of Appeals for the First District of Texas, located at the Harris County Courthouse in Houston.

Arguing for his client, who was charged with possessing child erotica under Section 43.262 of the Texas Penal Code, Neal Davis steadfastly maintained that the law was unconstitutional.

“We challenged the statute for violating the First Amendment,” Davis said after the decision. “A unanimous panel of the Court of Appeals agreed.”

The court held that the Texas erotica law “is facially unconstitutional, overbroad, and void for vagueness. We reverse and remand.”

Charges led to an unconstitutional claim

The arrested appellant filed an application for a pretrial writ of habeas corpus, meaning he wanted his case to be brought before a judge to determine if he was being held in jail illegally.

The trial court denied the appellant’s request for a pretrial writ of habeas corpus, so Davis then took the case before the Court of Appeals.

Arguing for his client before the Court of Appeals for the First District of Texas, Davis asserted that the Texas erotica law regulated a substantial amount of protected speech (that is, speech which is neither obscene nor child pornography) and that it was unconstitutionally vague. He also argued that the law outlaws speech which is neither child pornography nor obscene.

For example, he asserted, the overly broad and vague law in effect makes criminals of most Instagram “social influencers” under the age of 18 — people who, in reality, do nothing more than post provocative, but clothed, pictures of themselves online for their millions of followers.

“That is just one of the many examples of its overly-broad sweep,” Davis said of the Texas erotica law.

For this and other reasons, Davis argued that Section 43.262 of the law, under which his client had been charged, was unconstitutional on its face and violated the First and Fourteenth Amendments to the U.S. Constitution.

The appeals court agreed, holding that Section 43.262 does not prohibit obscenity or child pornography. Instead, the statute applies to a person who knowingly possesses visual material depicting the lewd exhibition of the pubic area of a clothed child, otherwise known as child erotica, that previously was not prohibited and is not recognized as unprotected speech.

“We hold that the portion of Section 43.262 at issue in this habeas appeal is an unconstitutional restriction on speech protected by the First Amendment and that the State has failed to rebut the presumption of the statute’s invalidity.”

Speaking for the court’s panel of judges, Chief Justice Sherry Radack wrote in their opinion:

“We reverse the trial court’s order denying appellant’s requested habeas corpus relief and remand the case to the trial court to dismiss the indictment.”

“It is extremely rare for a court to strike down a criminal law,” Davis said. “That is because courts defer to legislatures, which are the voice of the people, and unless a criminal law is fatally unconstitutional, it will be upheld.”

In addition, Davis noted that “the collateral effect of this opinion is that it will also benefit Netflix, which was charged under the same statute.”

The appeals court held that the prosecution of Netflix showed that Section 43.262 is overbroad when applied to the 2020 French coming-of-age film “Cuties,” which depicts an 11-year-old Senegalese immigrant who joins a dance group.

The court wrote in its decision

“As currently written, the statute could apply not only to Netflix, but to those persons who viewed the offending visual material.”

That would mean any person who had viewed the Netflix film also would be subject to a criminal charge under the child erotica law.

In this context, the court wrote:

“We conclude that the criminal prohibition in Section 43.262 is of ‘alarming breadth’ that is ‘real’ and ‘substantial.’ ”

Getting the law declared unconstitutional “was a hard-fought victory for our client, who now can get back to his normal life,” Davis said.

Americans who face an unjust child pornography charge or other sex crime charge can contact the experienced defense lawyers at the Neal Davis Law Firm for a confidential consultation.