When your freedom and reputation are on the line, you want the best possible result.
Hire experienced Texas sex crime lawyer Neal Davis.

Being charged with a sex crime is extremely stressful. You may be facing up to life in prison or having to register as a sex offender. Further, a conviction can ruin your reputation, destroy your family and cause you to lose your job. The stakes couldn’t be higher, which is why you need to hire the best sex crime defense attorney to take on your case and fight for your freedom.

For over 20 years, Houston sex offense lawyer Neal Davis has vigorously fought and successfully defended clients in Texas and federal courts in all types of sex offense matters - from local assault charges to federal child pornography cases and more.

He is often able to favorably resolve sex crime cases quickly and quietly, without the need for trial. In trial, he has obtained several acquittals and mistrials (followed by dismissals) and has won reversals on appeal.

"A person's worst nightmare is being falsely accused of sex abuse.
It takes an experienced attorney to uncover these false allegations..."

A loss in court can be life-altering. Our defense attorney team have tried and won cases for 20 years.Discuss your case with us today. No cost, no commitment - this first one's on us.

Charge:
Indecency with a child by contact
Result:
Dismissed

"This man saved my life from false imprisonment. Neal's belief in 'liberty and justice for all' as laid out in the Constitution of the United States, and especially as that principle relates to constitutional rights regarding the receipt of a fair trial, coupled with his refusal to quit fighting, are attributes of a noble spirit and a man of high character. When I interviewed Neal to defend me against very serious false accusations and criminal charges that followed, his candor about what I was up against and his real interest in my general welfare made choosing him to defend me a 'no brainer.' Hiring Neal after hearing Dick DeGuerin say 'Neal is a real fighter' was the best decision I could have made and this was after interviewing a number of attorneys. He cares about people, truth, and justice; an attorney who will not give up; a man who will defend the rights of anyone accused of a crime with every fiber of his being to ensure fairness and the protection of our legal rights."

The burden of proof rests on the prosecution to prove, beyond a reasonable doubt, that the defendant is guilty of committing a sex crime. And it's the job of a defense attorney to cast doubt on the prosecution's allegations and get the jury to dismiss the case.

The defense strategy and approach you and your attorney choose to take will have a substantial impact on the outcome of your case.

WHAT TO LOOK FOR IN A SEX CRIMES LAWYER

While each case is unique and should be handled differently, here are some common defense strategies and approaches for defending against a sex crime charge:

Innocence.
One of the most basic and obvious ways to fight a sex crime charge is to establish you did not commit the crime. To prove this, a defense attorney might try to establish that the complainant has no credibility and cannot be trusted, or that the alleged offender was in a different location when the supposed act occurred according to the witness’ testimony. This is known as an "alibi," and it must be supported with credible evidence.

Motive to lie.
Sex crime cases often turn into a "he said, she said" argument. As a result, the accuser’s motivations for charging the defendant with committing a sex crime must be closely examined. Expert witnesses and proper investigation can be used to uncover evidence that may undermine the prosecution’s case. For example, are false child sex abuse allegations being used to take advantage in a child custody dispute, or to retaliate for whatever reason against the defendant? A skilled sex defense attorney examines these and other possible motives.

Tainted Evidence.
Often in the case of child sex offenses, the evidence can be "tainted" by biases and misleading interviews. When questioning children, adults often don't realize the suggestive nature of asking loaded questions like, "He touched you here, didn't he?" or "He took bad pictures of you, right?". These questions can lead to false stories of what happened since young children often answer "yes" to make adults happy, which is why unreliable evidence should be closely examined for signs that it is tainted.

Motion to Suppress.
Police must obey strict search and seizure laws in order to obtain evidence such as photos, computer records or other files. If they fail to follow the proper procedure, the incriminating evidence may be "suppressed," meaning it cannot used against you in court. The motion to suppress evidence is a constitutional right and an effective defense strategy.

Scientific evidence.
Often, sex crimes lack medical evidence. For example, the child complainant has no vaginal injuries despite claiming the defendant brutally raped her. Further, there is other forensic evidence, such as DNA evidence. A skilled defense attorney knows how to use this lack of evidence to the defendant’s benefit.

Mental Illness.
It's also possible for an offender to claim they were mentally incapable or ill at the time of the sex crime. If proved, insanity or mental illness can result in a more lenient sentence from the jury and judge since it can be argued that the defendant had no knowledge or understanding of the criminality of their actions.

Special rules.
In sex cases, special procedural rules apply. These include the rules of evidence, which affect what hearsay is admissible and what other bad acts are admissible. A criminal lawyer needs to know how to handle these rules unique to child sex offenses.

If you or a loved one are facing a sex offense charge or are being investigated, it's time to take action by contacting an experienced sex offender defense lawyer to discuss your legal options. Your freedom and reputation are on the line. Time is of the essence, and the sooner we can start working on your case the more time we'll have to prepare a strong defense.

Call (713) 227-4444 or email us today to schedule your free consultation.
You have nothing to lose, but everything to gain. 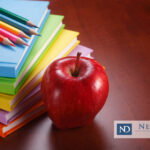 The National Education Association’s motto is “Great Public Schools For […] 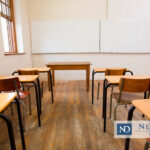 Improper Teacher-Student Relationships Are On the Rise in Texas

According to the Texas Education Agency (TEA), investigations into improper […] 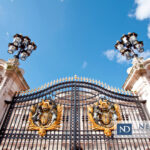 Prince Andrew Has a “He Said, She Said” Sex Crime Case

Britain’s Prince Andrew has a problem similar to those of […] 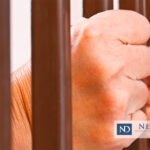 When Does Sexual Harassment at Work Become a Crime?

Though sexual harassment in the workplace is illegal, it isn’t […] 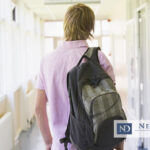 While rape is a serious crime which merits serious punishment […]