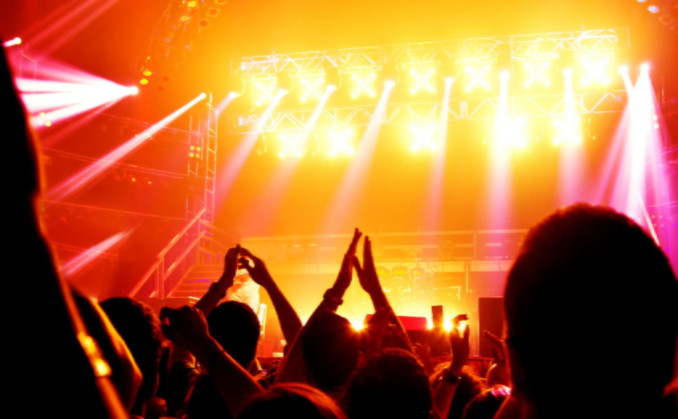 Not all of the estimated 66,000 fans attending the first Middlelands festival in Grimes County, Texas were there to enjoy three days of peace, love and electronic dance music. Authorities say dozens of arrests were made for charges including driving while intoxicated (DWI) and possession of a controlled substance.

Grimes County Sheriff’s Office officials said 42 persons attending the event on Todd Mission’s 60-acre grounds of the Texas Renaissance Festival – located about 50 miles away from Houston – were charged with felony drug possession. That included charges for possession of ecstasy, LSD, cocaine and marijuana.

Reportedly, purchase of a festival ticket included automatic consent to have the ticket holder’s person and property searched.

Festival goers thus learned the age-old lesson that just because you can party like it’s 1999 doesn’t mean authorities won’t arrest you.

Over 60,000 Fans Stream into the Texas Renaissance Festival Grounds

The event’s concerts were spread across five stages with performances by Houston rapper Fat Tony as well as Kaskade, Major Lazer and Rae Sremmurd. The stages had names such as Castle Northwoods, The Stronghold and Wench’s Bay.

While enjoying EDM, attendees were encouraged to revel in the same medieval art, rides and costumes which mark each fall’s Texas Renaissance Festival, which has standing sets and facilities on the same grounds.

The show was staged by C3 Presents and Insomniac, the same producers as those for Las Vegas’ Electric Daisy Carnival and the Austin City Limits Music Festival. It marked the first time the Texas Renaissance Festival had allowed its grounds to be used for another event.

Many fans raved on social media about the event, whose arrests represented a tiny fraction of the overall attendance. Some of those attending the festival purchased weekend passes which allowed them to camp on the grounds throughout the entire event. It’s believed that many of the more than 60,000 festival goers arrived from out of state.

Besides making drug busts, authorities heard complaints from area residents about the loud volume of music during the event, with reverberating bass sounds and performances lasting for many hours. In fact, the area’s 911 system was saturated with complaints by residents during the festival.

The chief complaint was the volume of the music, which residents said they could hear as late – or as early – as 5 a.m.

But Grimes County Sheriff’s officials could do nothing about that, since the county lacks a noise ordinance. The only applicable law is a Texas law prohibiting noise of more than 85 decibels.

Officials with the Texas Renaissance Festival responded to such complaints by praising the Middlelands festival overall, while also saying, “As is always the case for any new event, there are things we can learn from.”

With that in mind, Ren Fest producers and the producers of Middlelands have scheduled a Middlelands Town Hall event at Magnolia City Hall at 6 p.m. Thursday, May 18, so residents can speak their minds.

Persons arrested on drug charges deserve due process like anyone else. If you or a loved one faces a felony drug possession charge or another related charge, contact veteran Houston criminal defense lawyer Neal Davis for help with your case. Your first consultation is free.