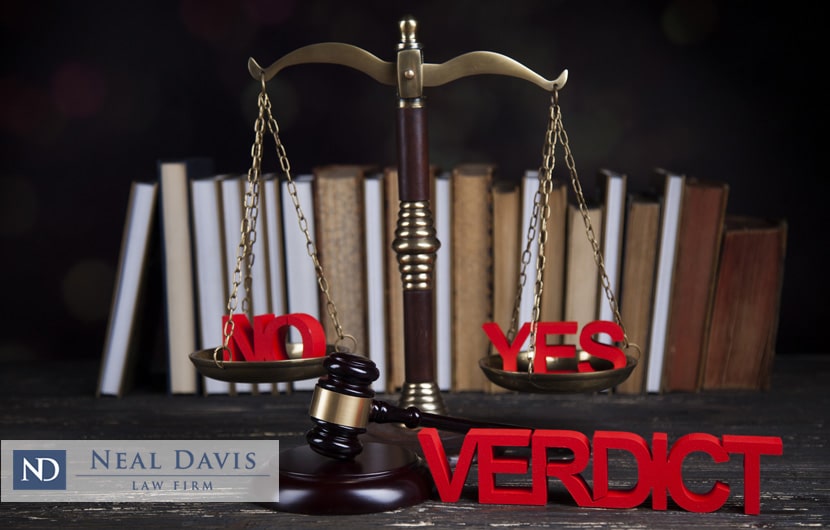 You may have heard of a “nolo contendere” plea deal when it comes to court cases involving a criminal charge.

But what exactly is this plea, and what does it mean?

An example arose recently when former UFC champion Jon Jones pleaded nolo contendere to a misdemeanor charge of destroying the property of another in a Las Vegas, NV court.

That meant the former Ultimate Fighting Championship winner must pay $750 restitution to a victim, attend anger management counseling and stay out of further trouble.

Those charges stemmed from an incident involving an allegedly injured woman and a damaged police vehicle on Sept. 24, 2021 at a resort on the Las Vegas Strip.

What does a nolo contendere plea mean?

In Latin, nolo contendere means “I do not wish to contend.” More commonly, the term simply means “no contest.”

By making a no contest plea in court, the defendant (or accused person) accepts a conviction but does not admit guilt for the crime. In a way, a nolo contendere plea amounts to accepting guilt without actually admitting it. That means the defendant faces the same fundamental consequences of a guilty verdict for a criminal charge, but without going through a trial and without admitting any guilt.

With a nolo contendere plea, the defendant does not accept responsibility or deny responsibility for the act leading to the criminal charge. Instead, the defendant accepts the punishment for a conviction of the act, while not admitting to being guilty of it. The defendant also avoids what could be a lengthy – and possibly unsuccessful – trial if he or she contested the charge with a “not guilty” plea.

By pleading no contest in a criminal action, the defendant gains another benefit—namely that he or she avoids having a guilty plea used against them in another cause of action, such as a civil suit for damages. Such things could involve damages to property or an injury to a person as part of the alleged criminal act.

On the other hand, if you plead guilty in a criminal court, that plea can transfer to a civil court and work against you in a civil claim.

However, if you plead nolo contendere – or no contest – in criminal court, then that plea cannot be used against you in a related civil case.

Texas is among the states which allow a nolo contendere plea when facing a trial on a state criminal charge.

If you or a loved one faces a criminal charge and needs award-winning legal help, contact a criminal defense lawyer for the Houston area at the Neal Davis Law Firm today.

Whether the charge involves a sex crime, child pornography, assault, domestic violence or other crimes, we stand ready to fight for the legal rights of persons in Houston and throughout Harris County, as well as in Fort Bend County and Montgomery County. Contact us today, and let’s get started.