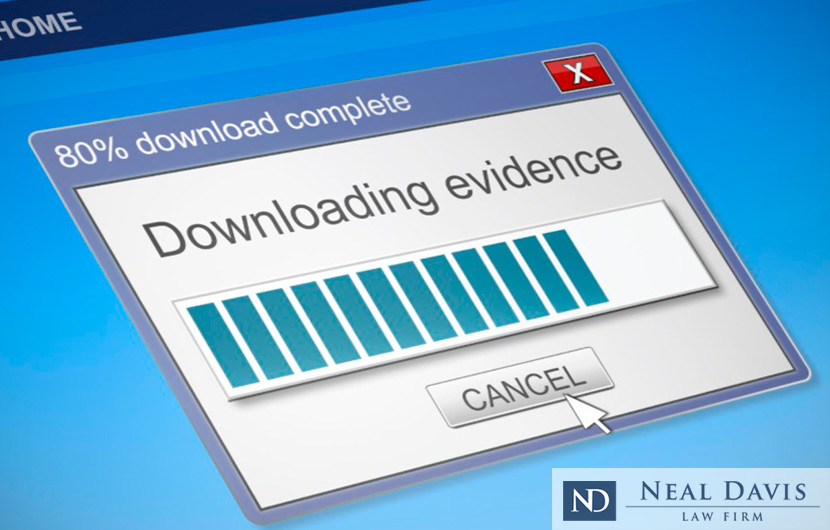 First, you should know that both Texas law and federal law allow law enforcement officers to confiscate your property, including a computer or cell phone, as evidence in an investigation — BUT only under certain circumstances.

Under the Fourth Amendment to the U.S. Constitution, each citizen should be protected from “unreasonable searches and seizures.” But this amendment doesn’t specify what makes such a search and seizure “unreasonable.”

In most cases, police need a search warrant signed by a judge in order to search your property.

Without such a search warrant, most likely any evidence collected during the search will be deemed inadmissible in court, as it would constitute an illegal search and seizure.

Search and Seizure Laws are Outdated

When it comes to computers or other electronic devices, search and seizure rules must be updated. After all, when the Fourth Amendment was written to protect a person’s privacy in their home, laptop computers didn’t exist.

Law officers can just ask for your permission to gain access to your electronic records on a computer. That wouldn’t require a search warrant, but you’d have to agree — and it’s important to know that you aren’t  required by law to do so.

On the other hand, if law officers come into your home with a search warrant to see a laptop computer or a cell phone, you would legally have to comply and provide them is device.

That doesn’t automatically mean they can search such a device after seizing it, though.

For example, if you were arrested, police could lawfully search the physical elements of the cell phone in your possession. But they couldn’t examine the data stored inside that phone unless they had a search warrant.

Part of your right to remain silent when confronting arresting officers is the right not to reveal passwords or encryption keys to unlock your devices, even if they have a search warrant.

You can do so simply by “pleading the fifth” — that being the Fifth Amendment to the U.S. Constitution, which prohibits self-incrimination. Such a refusal is not an admission of guilt. It’s your legal right, which includes the right to remain silent and then to speak to your attorney.

Be warned that in some cases police could confiscate your phone, computer or other electronic device without a search warrant. Such cases might include:

If you believe your phone or computer was seized illegally, your criminal defense lawyer can file a motion with the court to have the device returned.

On the other hand, if the device was seized legally by using a search warrant, it could be kept for awhile as evidence — which your defense attorney also could contest in court.

So you see, you do have legal rights in the event that police seize or search your computer or cell phone.

To protect these legal rights, contact the Neal Davis Law Firm for a legal review of your case, and let us help.