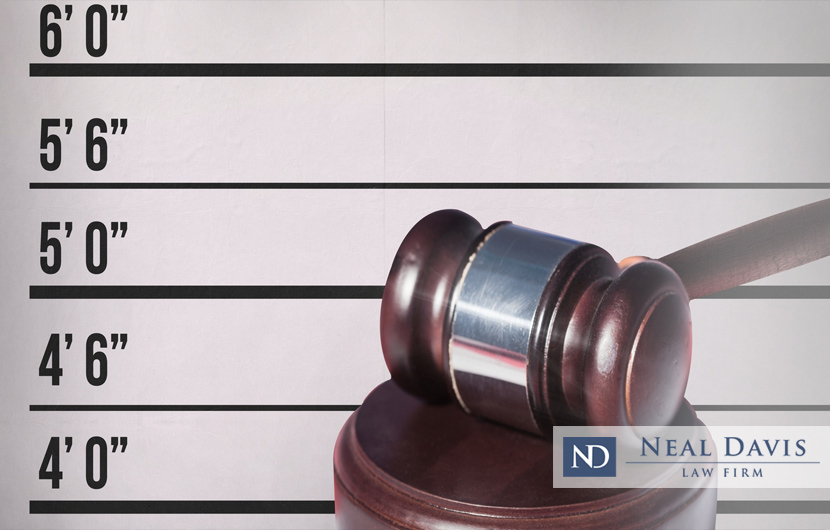 Americans’ Constitutional right to be considered innocent until proven guilty is being subverted, if not shredded, by online news displays of an accused person’s name and face in a mugshot before their guilt or innocence is ever proven. This tends to paint individuals who may turn out to be wholly innocent as criminals in the court of public opinion.

As reported by nonprofit journalism site The Marshall Project, such online mugshots are a form of a “digital scarlet letter,” in the view of Matt Waite, journalism professor at the University of Nebraska-Lincoln.

The accused person may be found innocent, yet his or her name and face still will be branded with the charge or accusation, even years later. That’s because not only is the Internet everywhere, but it can be forever — always displaying the name and face of an accused (yet innocent) person long after their exoneration.

More immediately, in today’s harshly judgmental world of instant connections via social media, an accusation — whether true or false — tends to spark immediate and widespread condemnation. Before an accused person is exonerated at trial, the damage of an unfounded charge or false claim has been done, and may be far from being undone.

As a consequence, innocent persons can quickly and forever be branded with a charge which can hamper their ability to find employment or further their education. An accusation can also shatter their families and, overnight, ruin a person’s reputation and standing in their community.

What’s more, people who wish to get their mugshot erased from online are often extorted by mugshot removal businesses that seek to earn a profit by forcing individuals to pay a steep fee to have their image removed. Many of these companies harass and shame people who have had run-ins with the criminal justice system, even if their charges were ultimately dropped or dismissed.

No more mugshots of charged persons on news sites

Such problems have prompted some news publications to change their policies by no longer publishing photos of persons accused of or charged with crimes. One such publication is the Houston Chronicle.

According to the Marshall Project, Chronicle editors have agreed to cease posting slideshows of persons who have been arrested but who have not been convicted — and who should be presumed innocent under the law.

“Mugshot slideshows whose primary purpose is to generate page views will no longer appear on our websites,” Mark Lorando, a Chronicle managing editor, said to The Marshall Project. “We’re better than that.”

The Chronicle’s decision has gained praise from defense attorneys and local law enforcement.

Jason Spencer, Public Affairs Director for the Harris County Sheriff’s Office, thanked the Chronicle on Twitter for “doing the right thing.” He also wrote, “I’m hopeful that other media outlets and law enforcement agencies will follow your lead and rethink the practice of publicly shaming arrested people who haven’t been convicted of a crime.”

It’s also believed that published mugshots of people of color tend to reinforce biases against them.

“People of color already are more likely to be found guilty than their white counterparts,” Johnny Perez, director of U.S. prison programs for the National Religious Campaign Against Torture, told the Marshall Project.

A published mugshot reaffirms such existing biases and also creates biases where none had existed, Perez said. “It creates this situation where you’re criminalizing folks before they’re convicted of any crime.”

While we commend new and media organizations like the Houston Chronicle for implementing policies that end the harmful practice of publishing mugshot, this is only one part of the problem. The other part is the mugshot removal service industry.

Since mugshots are public record in Texas and throughout the U.S., private companies can digitally “scrape” and gather the images from law enforcement websites, then publish them on their own sites in a matter of hours. These sites defend their actions by saying that their work is constitutionally protected under the First Amendment.

In addition to a call for media organizations to voluntarily stop publishing mugshots, the Texas legislature has stepped in to try and regulate the mugshot removal industry. In fact, Texas is one of 18 states with laws on the books designed to restrict Internet mugshot removal business practices.

In September 2013, lawmakers amended the Texas Business & Commerce Code (SB 1289) by prohibiting businesses from publishing criminal record information (including mugshots) if the business has received an order of nondisclosure or notice of expunction. Should the business fail to remove the information after receiving either of these documents, they will be forced to pay up to $500 per day to the person whose information is published, as well as pay for the person’s attorney fees.

Unfortunately, this law only applies to people who are able to get a nondisclosure or expunction order. Mugshots are a public record in Texas, so individuals who are accused of a crime or charged may still have their information and image published at large.

On top of that, this law and others across the country have been largely ineffective in stopping the predatory mugshot removal industry, according to PEW research.

How a criminal defense lawyer can help

Of course, also important in regaining a good name after a criminal charge or accusation is engaging an experienced criminal defense lawyer who can fight to protect your legal rights by applying a strong legal defense.

If you were charged with a crime in Houston, Harris County, Fort Bend County or Montgomery County and need such a defense, contact the Neal Davis Law Firm for a legal review of your case.