Call Now  (713) 227-4444 Email Us Hablamos
Español
Home / Firm News / FREE AT LAST! NEAL DAVIS CONVINCES TEXAS COURTS TO GIVE HIS CLIENT A NEW TRIAL AFTER SERVING OVER 20 YEARS OF A LIFE SENTENCE

“The arc of the moral universe is long, but it bends towards justice.”—Martin Luther King, Jr. 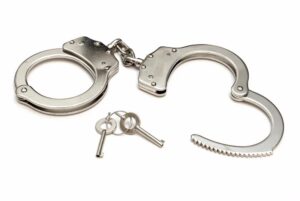 On Wednesday, April 7, 2016, the Court of Criminal Appeals granted Neal Davis’ client, Brian Franklin, a new trial after he had served over 20 years in prison. The court held that Brian Edward Franklin was denied due process because his accuser lied when she testified that she had never had sex before Franklin sexually assaulted her in his back yard in March 1994. The court found that the complainant’s perjured testimony caused other witnesses to give false testimony.

The text below is taken from the background on Brian’s case, which you can read in it’s entirety here: https://brianfranklin.us/25901.html.

What has happened to Brian can happen to anyone, and if you don’t think it can, you are sadly mistaken. All that is necessary is a false accusation and a prosecution that ignores the red warning flags that expose problems with the case in its overzealousness for a conviction instead of seeking justice! There was a similar situation awhile ago involving three Duke University lacrosse players, but for them a tragedy was averted when the media and the public became outraged at the prosecution’s actions. Brian was not so lucky. What compounds the horror of Brian’s wrongful conviction is the fact that after Brian has proven his actual innocence in court, he still remains incarcerated. Brian is a victim of a double injustice that keeps him wrongfully imprisoned.

This astonishing victory follows Neal’s appearance just a few years ago as lead counsel in the United States Supreme Court on a landmark criminal case. It is exceedingly rare for an attorney to be effective both in trial and on appeal – the vast number of criminal lawyers focuses on one or the other. But Neal has been recognized as one of the leading criminal defense attorneys in both areas—trial and appeal—in the United States.

If you have been wrongly accused of a crime, contact Neal Davis as soon as possible to discuss your case. Time is of the essence, so act quickly!