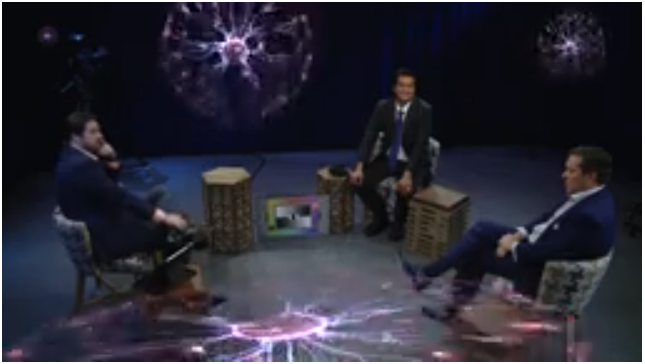 As the new president of the Harris County Criminal Lawyers Association (HCCLA), Neal Davis recently appeared on one-hour online episode of the HCCLA talk show “Reasonable Doubt.” On the show, Davis talks about some of the biggest challenges facing today’s criminal defense attorneys.

You can watch the entire hour-long video right here:

Here’s a sampling of Davis’ comments transcribed from the video:

“For decades, criminal lawyers were the lone voices in the wilderness decrying how unfair and uncivilized the criminal system was: racist, class-based, overly punitive, with no rehabilitation. And finally, to our credit, the public has caught up and realized that, yes, we have problems with mass incarceration.”

“We were sending people to prison — mostly minorities — for 30 or 40 years mostly for drug cases. It was out of control. As taxpayers it was untenable to keep paying for this — spending more money on prisons than schools.”

“Finally the public realizes this is just not right. The focus now is being smart on crime, not being tough on crime.”

Davis also said new Harris County District Attorney Kim Ogg has “done a pretty good job of finding the balance” by focusing on prosecuting offenders who truly pose a threat to the public as well as “creating diversionary programs and trying not to saddle people with criminal histories if it’s unnecessary. So our role has changed a lot. We’re much more collaborative, as opposed to having pre-trial fights and battles at trial over defendants. It’s just a whole different process.”

“There’s only one group of people that enforces the constitution, and it’s criminal defense lawyers,” Davis said. “Judges are umpires. They’re not there to challenge whether a search was unlawful, and certainly prosecutors aren’t there to do that. We are the guardians of the constitution.”

The three attorneys also discussed the trend toward fewer trials, with cases being settled out of court or via diversionary programs.

“I think all of us are going to trial less and less frequently,” Davis said. Cases either get dismissed “or you get in these diversionary programs. Pretty much the only cases that go to trial on a fairly consistent basis are some family violence cases, some intoxication offenses, a whole lot of child sex offenses or adult sex cases and a whole lot of homicides. Everything else gets worked out.”

Davis said that wasn’t the case “even 10 years ago. We frequently would try drug cases where the (plea) offer was 40 years, and now you may get probation. That’s a good thing. I don’t really want as a taxpayer to pay $40,000 a year for someone to sit in a prison cell because they had drugs. Warehousing people is just a waste of money.”

“Some people are so dangerous — they’re predators — that it’s the only option. But the vast majority of people who go to prison shouldn’t be there, just to be warehoused.”

The attorneys also discussed the Harvey Weinstein and Kevin Spacey sex crime cases, as well as the recent #MeToo movement, which often leads to false claims of sex crimes, particularly among teens.

For defendants, “It’s traumatic for these kids, traumatic for their parents, and if it’s demonstrably false, then that person (who makes a false claim) ought to pay a price for it. There ought to be some remedy. It’s ridiculous.”

Yet Davis believes the criminal justice system in Harris County “is probably better than it’s ever been in terms of the diversionary programs and the opportunities for people who have made a mistake. Finally we’ve broken through and people can get on with their lives if they’ve made a mistake. That’s a lot of progress in the past few years.”

Neal Davis is a top-rated, criminal defense attorney located in Houston, Texas, handling State and federal cases across Texas and the United States. For over 20 years, he has defended clients in all types of matters, including arguing before the Texas Criminal Court of Appeals and appearing as lead counsel in a landmark U.S. Supreme Court case. He is among a very small percentage of attorneys who are Board Certified, Criminal Law – Texas Board of Legal Specialization, AV Rated by Martindale Hubbell (2015), and listed as a Best Lawyer in America (2015-2019).

Contact us today to schedule your consultation with Neal Davis.