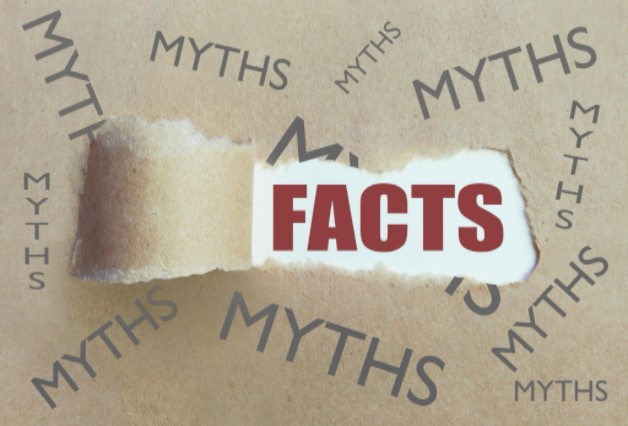 Unfortunately, many harmful myths and straight up lies about child sex crime cases persist, muddying the waters when clarity is needed for defendants — defendants who can be helped by our Texas sex crime defense lawyers at the Neal Davis Law Firm.

In this post, we’ll debunk 10 common myths and misconceptions about child sex crimes in America.

In fact, one study shows that up to 20 percent of all sex offenses against children are committed by women.

Another myth is that homosexual men are more likely to sexually abuse children than heterosexual men. Many studies have proven that this rumor is false, yet the myth persists.

“Members of disliked minority groups are often stereotyped as representing a danger to the majority’s most vulnerable members. For example, Jews in the Middle Ages were accused of murdering Christian babies in ritual sacrifices. Black men in the United States were often lynched after being falsely accused of raping White women.”

Myth #3: Most sexual abuse of children is from a stranger.

Yet another common myth concerning child sex crimes is that most are committed by strangers.

On the contrary, studies on child sexual abuse show that more than 90 percent of children who are sexually abused are abused by someone they know — perhaps a friend, family member, neighbor or babysitter.

An especially dangerous myth is that children wouldn’t claim sexual abuse if none had actually occurred. In many cases, a child may misrepresent or misinterpret facts, or simply make up a story about sexual abuse, perhaps to get attention or to please a parent who is vengeful toward the defendant.

Indeed, adults with ulterior motives toward defendants may be behind false claims of child sex abuse and can coach a child on what to say to substantiate a false claim.

Myth #5: Most abuse is violent in nature.

Another myth about child sex crimes is that most such crimes involve force, violence or threats. Research shows that a majority of child sexual abusers gain access to victims through enticement or deception and rarely use force.

Most people mistakenly believe that child abusers commit their crimes by finding victims on schoolyards or playgrounds. In fact, most abusers know their victims and commit the crime elsewhere.

Myth #7: Sexual activity is allowed if a child gives consent.

An additional myth about child sex crimes is that a child welcomed or allowed the crime by not resisting or saying “no.” This is not a valid defense. Under Texas law a child under age 17 is below the “age of consent” to make legal consent to any sexual activity — regardless of a child’s response.

Among other myths concerning child sex crimes is that offenders will later offend again.

Myth #9: Sexual assaults on children are always committed by adults.

A major myth about child sex assaults or abuse is that all such crimes are committed by adults. In fact, adolescents commit many sex crimes against children.

According to one estimate, as many as 50 percent of all child molestation cases each year involve teens who are 13 to 17 years old committing the act. In addition, prepubescent children are known to engage in sexually abusive acts.

With so many misconceptions and myths about child sex crimes, and with such crimes involving serious charges and punishments, it’s vital for anyone accused of a child sex crime to seek help from a skilled and experienced sex crime defense lawyer.

For residents of Fort Bend County, Montgomery County, Houston and the rest of Harris County, that lawyer is Neal Davis. Contact him today for a confidential legal review of your case.