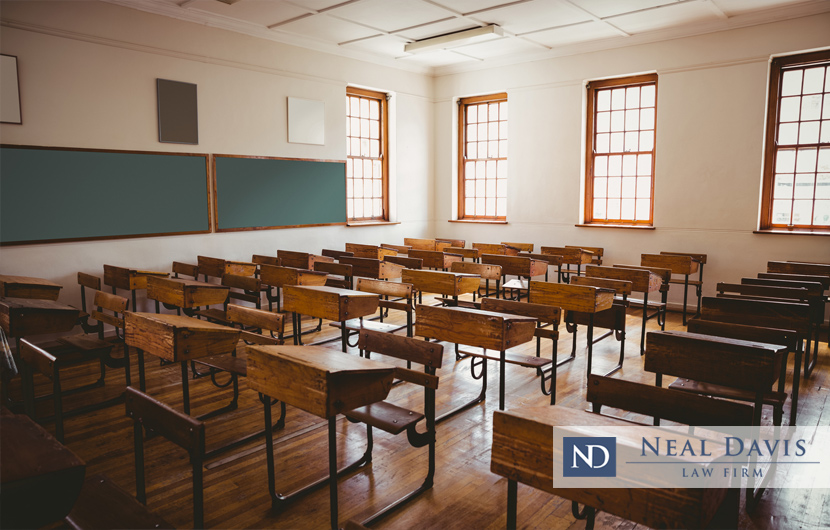 The station notes that a number of teachers from Houston Independent School District (ISD), Pasadena ISD, Dickinson ISD and Spring Branch ISD have been charged with either inappropriate relationships or sexual relationships with students in recent months.

Further, Channel 2 Investigates found that since the start of the 2015-2016 school year, school districts across the state have reported almost 1,000 teachers to the Texas Education Association (TEA) for  investigations into whether they had “inappropriate relationships with students or minors.”

Are smartphones and new laws responsible for the increases?

The TEA attributes these recent and steady increases to two things.

One is smartphones and cell phones, which tend to help enable the offense at the start and then provide evidence against it down the line. Mobile devices enable teachers and students to talk or text privately at any time, including outside of school. Such contact may include sharing intimate photos or engaging in “sexting.”

The other factor in recent increases in improper teacher-student relationships in Texas are changes in Texas laws. In 2017 a new Texas law required school principals to notify their school district’s superintendent if a teacher was terminated or resigned after allegations of serious misconduct.

Then, in September 2019, another new law mandated that superintendents and school principals must report all suspected inappropriate relationship cases between teachers and students — even if no sexual relationship is apparent. Otherwise, such school administrators could face sanctions themselves.

Prior to that, teachers found to have had inappropriate (though non-sexual relationships) with students were allowed to resign quietly or move on to another district.

But not anymore, due to changing Texas laws.

The Neal Davis Law Firm reported on these recent changes in our own report on “Improper Teacher-Student Relationships Are On the Rise in Texas.” We also found, via TEA, that such improper relationships have risen for at least 7 straight years.

Channel 2 Investigates found that 293 Texas teachers investigated since 2015 “have voluntarily agreed to permanently surrender their license to teach.”

It also found that around 275 of the teachers reported to the TEA since 2015 face pending or ongoing investigations.

Those investigations can take weeks or months, during which time teachers aren’t allowed in a classroom.

If convicted later, such teachers may lose their teaching license permanently. But punishments can become even more severe than that, especially when the teacher is charged by authorities with a felony crime.

Indeed, some teacher-student cases can lead to criminal charges, including sexual assault of a child under 17. Such a charge is a second degree felony, for which punishment can include 2 to 20 years in prison and a fine of up to $10,000.

If the charge is continuous aggravated sexual assault of a child under 14, that is a first degree felony and punishments can be 25 years to life in prison, according to the Texas Penal Code for sexual offenses.

Clearly, Texas has an ongoing and rising teacher-student sex crisis. However, not all teachers who are accused of such improper relationships are guilty, and many teachers face harsh penalties and punishments for offenses they didn’t commit.

We believe such teachers need protection, too.

For instance, a student may have resentment toward a teacher for low grades and accuse him or her of impropriety as revenge. Also, students are often the ones who pursue such relationships in the first place, and students who are rebuked or thwarted may lash out.

Regardless of the circumstances, every teacher deserves to have his or her legal rights protected. While society must act to protect students, teachers also need protection from false claims and overzealous prosecutors.

The National Education Association, or NEA, believes in protecting teachers’ rights, and it advises those who face false accusations to avoid speaking to law enforcement officers or school administrators without consulting an NEA or legal representative. “In most circumstances,” NEA says, “your representative should accompany you to any meeting.”

We agree — and we’re here to help.

Get a defense lawyer for your Texas teacher-student relationship case

If you face a claim of an improper teacher-student relationship, it’s important that you not face this crisis alone. Instead, engage the best defense lawyer you can find for teacher-student cases in Houston, Harris County, Fort Bend County or Montgomery County.

More Texas teachers may be having sex with students, but that doesn’t mean you should become part of those statistics.

Contact the Neal Davis Law Firm for a confidential legal review of your case.