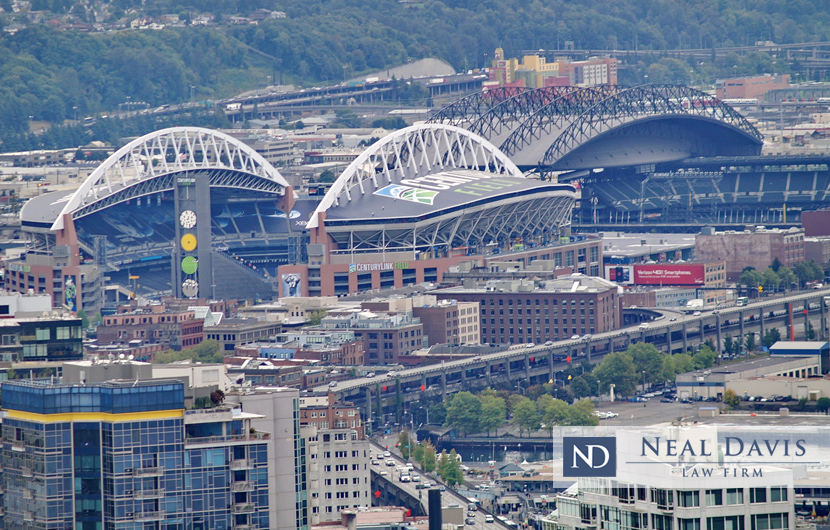 Individuals who are arrested for domestic violence can face a more serious charge if strangulation is asserted to have occurred during the incident.

Take the case of Chad Wheeler, who played football for the Seattle Seahawks in the 2020 season.

According to CNN, Wheeler was arrested the night of Friday, Jan. 29, 2021, on suspicion of felony domestic violence following an incident at a residence in Kent, a Seattle suburb.

Court documents show that prosecutors claim Wheeler “viciously attacked the victim in her bedroom, strangling her at times with both hands.” He is also accused of strangling the victim twice until she lost consciousness.

Wheeler, who is a free agent and no longer with the Seahawks, faces charges of first-degree domestic violence assault, domestic violence unlawful imprisonment and resisting arrest, CNN reported. He will enter a plea at his arraignment, set for Feb. 9.

First-degree domestic violence assault is the most severe such charge in Washington state, with possible punishments of 20 years in prison and a $50,000 fine.

But what about in Texas?

Domestic violence strangulation is a felony in Texas.

Previously, the charge often was considered a misdemeanor assault, like a slap in the face, and laws did not take into account the severity of strangling or choking a victim.

Texas assault laws now state that such an offense is committed “by intentionally, knowingly, or recklessly impeding the normal breathing or circulation of the blood of the person by applying pressure to the person’s throat or neck or by blocking the person’s nose or mouth.”

Penalties for domestic violence involving strangulation or suffocation in Texas include a prison sentence of 2 to 10 years for a first offense.

How to prove strangulation in Texas

Police can look for various indicators of strangulation or choking when making an arrest for domestic assault or family violence.

These indicators can include:

However, strangulation or choking is not always easy to prove, and a defendant may be falsely accused of domestic violence.

For example, a domestic assault claim may be made as retaliation after a heated but non-violent argument. Or it can be made to gain leverage in a dispute, such as a child custody battle.

If you face such a claim or charge of family violence in Texas, you need a domestic violence defense lawyer. Such individuals in Houston, The Woodlands, Conroe, Sugar Land or elsewhere in Harris County, Fort Bend County or Montgomery County can contact the Neal Davis Law Firm to arrange a consultation for their case.

Our law firm is experienced in handling cases of domestic violence, which can take the form of domestic assault, aggravated domestic assault and continuous violence against the family. Depending on the crime, penalties can include years in prison and fines of thousands of dollars.

However, keep in mind that there are alternatives to prison for domestic violence in Texas.

If you face a domestic violence charge or accusation, contact us today and let us help you to defend your legal rights.