Is It a Crime to Falsely Accuse Someone of a Sex Offense?

If you or a family member faces a sex crime charge for something you didn’t do, you may wonder if it is a crime in itself to falsely accuse someone of a sex crime. Neal Davis has answers.

Is a false report of a sex crime a crime in itself? It may be, but that depends on the intent of the report, among other things.

It’s not illegal for someone to mistakenly accuse a person of a sex crime if they truly believed the person committed it. However, if the accuser lacked reasonable grounds for believing that a crime occurred and reported it anyway, he or she may face civil or even criminal charges for a false accusation.

Under Texas law, it’s an offense if, while intending to deceive, a person “knowingly makes a false statement that is material to a criminal investigation” to police, peace officers or law enforcement employees making the investigation.

Lying to police is among the few forms of speech not protected by the Constitution. In fact, purposefully filing a false police report can be a crime in itself and can put a person in jail.

Intentionally giving police inaccurate details about a sex crime is falsifying information. That information can concern the entire crime or simply a small detail.

When police learn a report was false, they take such falseness very seriously, since the ensuing investigation was a waste of time, and any charges made may have damaged an innocent person’s reputation and livelihood.

For a false accusation of a sex crime or other crime that’s made public but not given to the police, the accuser likely won’t face a criminal charge.

Under Texas Penal Code 37.08, filing a false report of a crime is a Class B misdemeanor. As such, punishment can be a fine of up to $2,000, jail time of up to 180 days, or a combination. The amount of the fine or jail time may depend on the significance or intent of the false claim.

Filing a false report is a Class C misdemeanor if the report involves a missing person, including a child. Punishment for this crime is a fine only. Also, evidence tampering is a felony crime in Texas.

Why Are False Sex Offense Accusations Made?

False accusations of a sex crime are all too common in Montgomery County, Fort Bend County, Houston and the rest of Harris County. As for why such false accusations are made, that can be due to a variety of reasons.

Frequently, the motives involve hostile relationships in the course of divorce or child custody battles. Staining someone’s reputation by accusing them of a sex crime may be perceived as legal leverage in winning child custody or a favorable divorce settlement.

False accusations of sexual assault or rape also may occur because of personal animosity. Or, a person may accuse someone of a sex crime for simple revenge or as an act of malice. A rival or an enemy could do this to ruin someone’s standing in the community, whether or not the charge leads to a conviction.

Regardless of the motive, if someone intentionally gives police false information by accusing a person of a sex crime or other crime, that false accusation could be a crime in itself.

If the false accusation extends to courtroom testimony, the penalty may be even more severe. Lying under oath, also known as perjury, can reach the level of a third degree felony and involve a fine of up to $10,000 and prison time of two to 10 years (Texas Penal Code 37.01).

In Texas, perjury is committed by making a false written or oral statement while under oath, or by swearing that a previous false statement was true. To establish perjury, it must be shown that the person had intent to deceive and had knowledge of their false statement.

If you’ve been falsely accused, your attorney can provide legal defenses for you to clear your name. In your favor is the fact that, by law, you’re innocent until proven guilty. So the burden of proof is on the prosecution side.

An attorney such as Houston criminal defense lawyer Neal Davis has many strategies to help prove your innocence, beginning with investigating the evidence of the claim. If you’re innocent and the facts of the case prove that, the false accusation can be refuted. 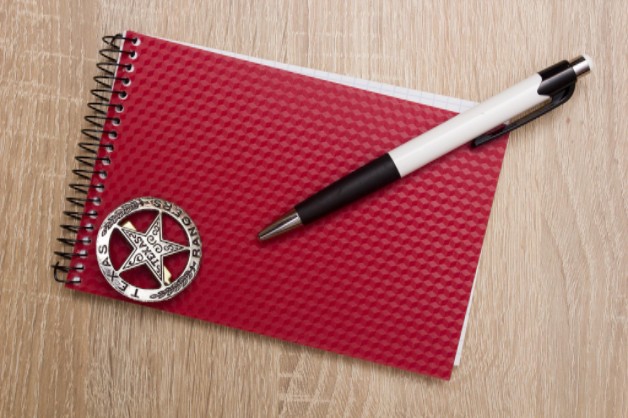 Victims of false accusations of a sex crime or other crime can file civil lawsuits against those who made the false claim.

The defendant cannot do so, however, until cleared of charges. And even then, being cleared of charges doesn’t automatically guarantee that you’ll win a lawsuit against the false accuser . A defamation lawsuit can be based on the deliberate harmfulness of statements that are libel (written words) or slander (spoken words).

If your lawsuit over a false police report prevails, you might be entitled to compensatory damages (money for direct costs to you, such as loss of a job) as well as punitive damages (money awarded to you to punish the accuser and not based on actual financial costs).

Again, you cannot file a lawsuit over false accusations until you have been cleared of all charges against you.

A person proven to have made false accusations to police also may be required to pay restitution to police for the waste of police resources caused by their deliberate falsehood.

Whether you still face a sex crime charge and need a criminal defense lawyer, or your name is cleared and you want to file a false accusations lawsuit, contact experienced defense attorney Neal Davis.

At the Neal Davis Law Firm, we can fight for your legal rights when you’ve been falsely accused. Contact us today for a confidential legal review of your case.