How to Handle False Allegations of a Child Sex Offense

Have you or a loved one been falsely accused of online solicitation or another child sex crime?

What You Should Do If Falsely Accused

First, if you’re facing a false claim of a child sex offense, start by engaging an experienced defense lawyer in your area who has helped dispute such charges in many other cases similar to yours.

You cannot simply trust that a false claim will not prevail in court. Even false claims can leave a stain on your reputation and job status, so they must be dealt with immediately without waiting for a trial — a trial which may or may not resolve the matter in your favor.

With a veteran lawyer such as Neal Davis in your corner, you have a chance at getting a child sex crime charge reduced or even dropped prior to trial, or perhaps a dismissal or favorable verdict in court.

After engaging your attorney, work with them to gather evidence, list witnesses, and prepare your legal defense.

Also, while your case is being resolved, avoid being present around any children without another adult being in the vicinity. If you’re a scout leader, coach, day care worker, babysitter, teacher or anyone else who frequently interacts with children, try to have another adult present in order to avoid any further false claims of child sex abuse or inappropriate contact.

What You Should NOT Do If Falsely Accused

If you were falsely accused of a child sex offense or other sex crime, there are things you shouldn't do. That includes inflicting any form of physical or emotional stress on your own children or other children around you, even if you deem it a fitting punishment for poor behavior. Avoid doing anything that could be interpreted by others as being abusive toward children.

Also, don’t make any statements or post any photos online regarding your relationships with any children or your response to a child sex offense accusation. It’s even best to avoid speak privately to a friend about your case since what you say could be repeated — being altered in the process — and wind up hurting your defense.

Don’t engage in any activities with children which could place you under further suspicion. That might include going with a child into a bathroom, bathing a child or helping a child change clothes. It’s best to let a spouse or other trusted person perform such duties until your case is resolved.

Don’t lose your temper when interacting with police, child protective agencies or others who are involved in your case. No matter how upsetting the false allegations of a child sex offense may be, you must not give others reason to suspect that you may have been guilty due to an outburst of anger. Try to remain as calm as you can and never hesitate to refer people to your attorney for answers.

Keep in mind that the person making false allegations of a child sex offense might be an adult or a child, and that person could be lying or misinformed and misinterpreting in a so-called “honest mistake.”

When it comes to children who make sex crime accusations, in some cases a child has been coached or brainwashed by an adult to assert that another person committed a sex crime. At other times, a child may have misunderstood a situation which wasn’t truly a crime, or a child may even make false claims in order to gain attention or please a parent. 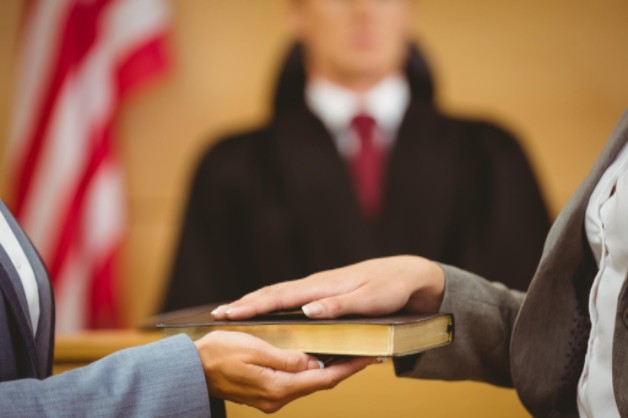 With adults, motives such as jealousy, vengeance or leverage in legal proceedings may lead one adult to falsely accuse another adult of a child sex crime.

The trending #MeToo movement has targeted a culture of sexual assault and sexual harassment, especially in the workplace, which has led to a dramatic increase in reports of sex crimes.

While the majority of these reports may be accurate, the massive number of total claims in today’s heated political climate may mean that more adults who are falsely accused have their voices drowned out and lost in the tumult of the good-intentioned #MeToo movement.

In effect, it has become easier and more widespread for false sex crime claims to be made. Though most claims may have a strong basis, that doesn’t mean those who are falsely accused of sex crimes toward children don’t also deserve justice.

In truth, it’s unusual for a sex crime claim to be false. According to studies by the National Sexual Violence Resource Center, false reports of sexual assaults comprise just 2 to 10 percent of all sexual assault claims.

But even if 90 percent or more of claims are true, the 10 percent of people falsely accused of a child sex offense or other sex crime still deserve their own justice — as do others caught in the crossfire of #MeToo and related movements.

In fact, there’s a growing number of lawsuits against colleges or universities by accused students over poorly handled claims of sexual assaults. In your case, a false claim of child sex abuse could even could be a basis for your own lawsuit against the claimant for defamation.

Get Your Case Review

With our help, a false claim made against you can be exposed for what it truly is: a lie.