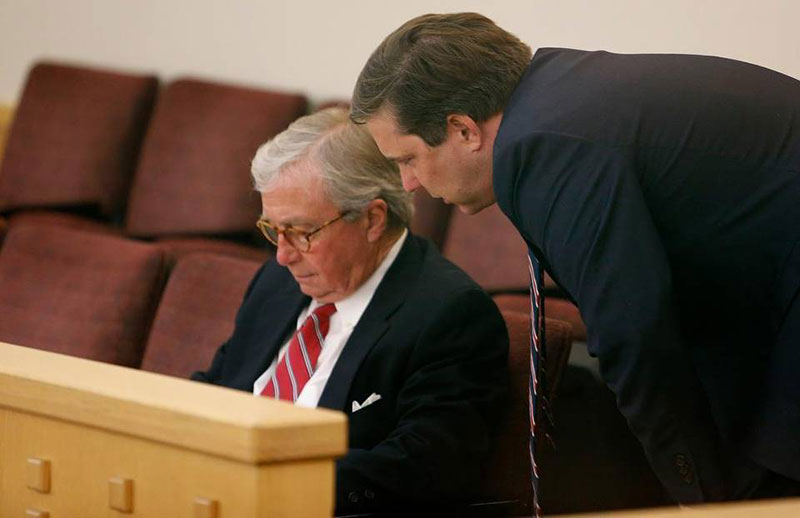 FORT WORTH – A jury on Friday acquitted a former Fort Worth police officer who spent more than 21 years in prison after being convicted in 1995 of sexual assault of a child.

"The prosecution failed to prove their case and in fact we proved he was innocent," Davis said. "He had multiple alibis and we showed there was no way he could have done this."

The Texas Court of Criminal Appeals overturned Franklin’s original conviction in May, stating that his accuser lied in testimony. That decision paved the way for a new trial, Davis said. Franklin’s accuser testified during his trial this week, Davis said.

"She admitted that she lied before about her stepfather’s sexual abuse but maintained that Franklin had sexually assaulted her," Davis said. "We maintained that just because you maintain a lie over a period of decades does not make it true."

Mike Logan Ware, who defended Franklin at his initial trial in 1994, said the appeals court changed direction because of a ruling in a 1986 homicide case that he worked on.

In that case, ex parte Chabon, the appeals court held that when a conviction is significantly based on false testimony, the accused is entitled to relief in the form of a new trial.

"Previously, the prosecutor had to have prior knowledge that the witness was lying," Ware said. "That case had not come down when they went through Franklin the first time."

The accuser’s false testimony resulted in a doctor and the mother providing the jury with additional false impressions, according to an affidavit signed by Ware, an adjunct professor at the Texas A&M University Law School and its Innocence Project supervisor.

The Star-Telegram does not typically identify accusers in sexual assault cases.

Prosecutors had no DNA evidence tying Franklin to the rape; the case rested almost entirely on his accuser’s testimony.

"It’s a simple case," Franklin’s defense counsel, Dick DeGuerin, said after a hearing in 2014. "A conviction cannot stand if it’s based on perjury, in whole or part. That’s just basic fairness and due process."

The stepfather was later sentenced to 10 years of probation after pleading guilty to injury to a child as part of a plea arrangement. He died in March.

THIS REPORT INCLUDES MATERIAL FROM THE STAR-TELEGRAM ARCHIVES.